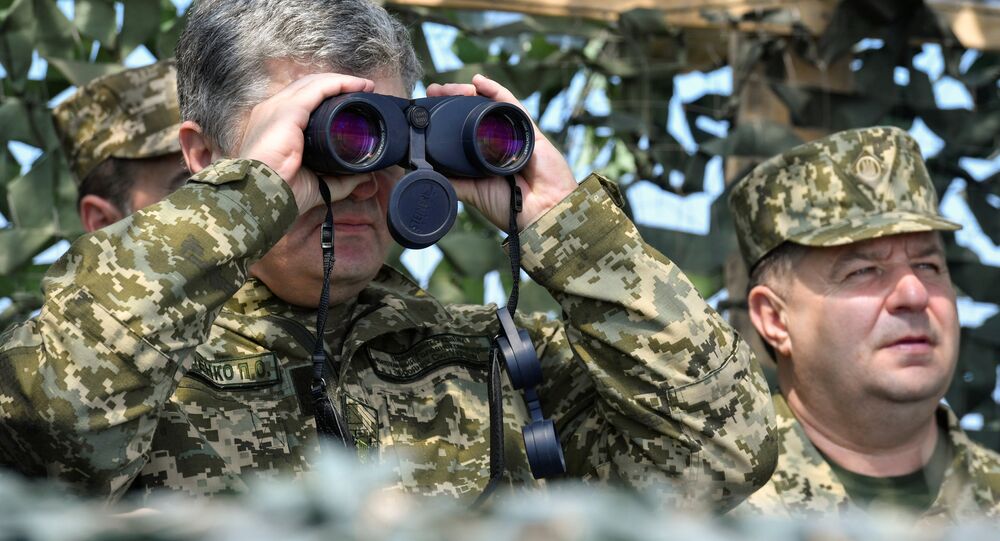 The State Department has confirmed that the US has delivered Javelin anti-tank missile systems to Ukraine, prompting concerns that the weapons could spark an escalation in the frozen civil war in eastern Ukraine. Speaking to Sputnik, former diplomat and Senate GOP leadership adviser Jim Jatras outlined what factors lie behind Washington's move.

Sputnik: The US has been one of the countries calling for peace in Ukraine. Why has it decided to supply Kiev with weapons now?

Jim Jatras: Let's remember that from the point of view of Western countries, the entire problem in Ukraine is 'Russian aggression'. That is the only reality on which the West focuses, so from their point of view, giving political and military support to Kiev against Moscow is 'pro-peace', 'fighting aggression', 'standing up for Ukraine's territorial integrity' and so forth. It's a fairly simple-minded approach to a complex problem.

© AFP 2019 / DOD
US State Department Confirms Delivering Javelin Missile Systems to Ukraine
Sputnik: This development can only inflame the conflict in the region more. What's your take on it?

Jim Jatras: I think it's a horrible idea. And let's keep in mind that for the United States — and I think this is also largely true of Europe – they don't really have a Ukraine policy. They have a Russia policy. This is all about Russia.

During the campaign, Donald Trump said he wanted to improve ties with Russia. That isn't happening. There isn't a single high-level official in his administration who shares the views he voiced during the campaign. We might as well have Hillary Clinton or Mitt Romney in the White House as far as Russia goes. 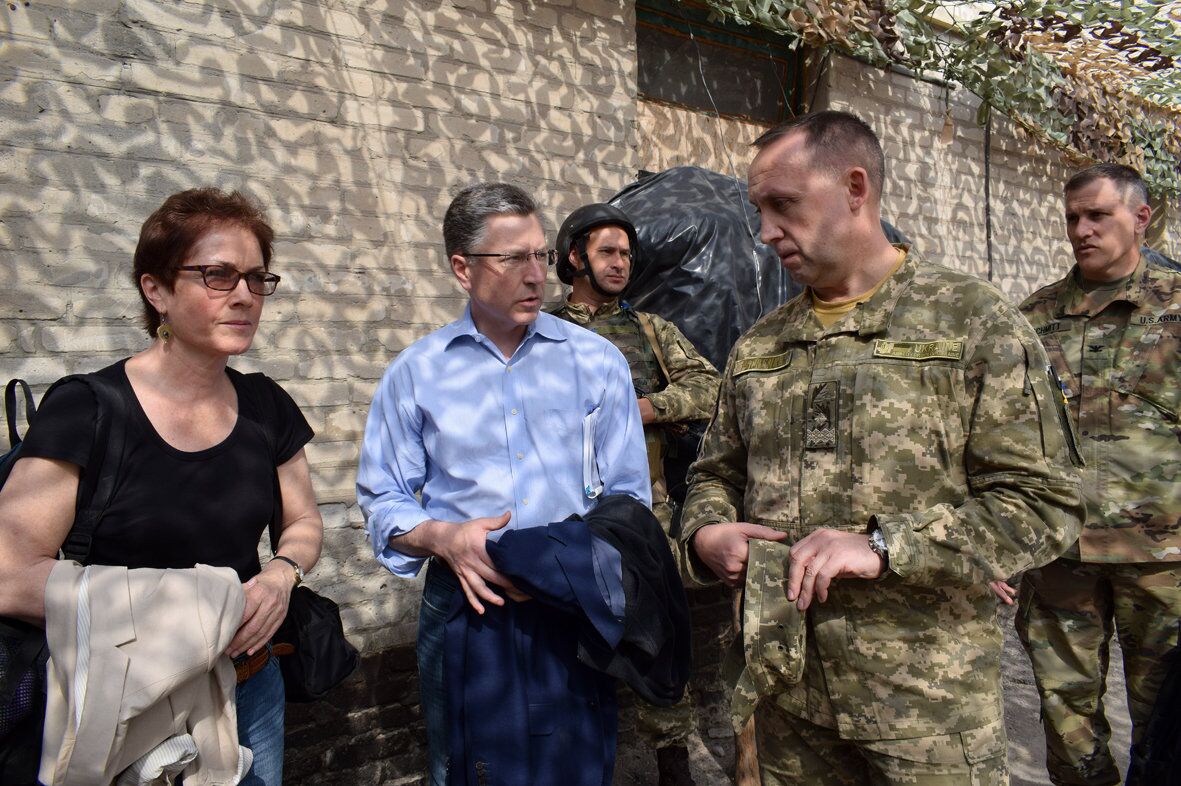 Sputnik: The timing on the Javelin supplies coincides with President Poroshenko's statement that the format of the so-called Anti-Terrorist Operation (ATO) will be changed to the 'Joint Forces Operation (JFO). With this in mind, is it possible that Kiev is preparing for another full-fledged war? Do they want to ratchet up the conflict in the Donbass do you think?

Jim Jatras: I don't think it can be ruled out. There's been some talk for some time of a so-called 'Croatian Scenario'. This refers to the 1995 Operation Slash and Operation Storm, where Croatian forces armed and trained by the United States and even supported by American airpower cleared out the Serbian Krajina [the ethnic Serb secessionist republic in then newly independent Croatia] in the former Yugoslavia.

© Sputnik / STR
US State Dept. Says Ukraine Forces Allegedly Involved in Torture, Enforced Disappearances
This was of course done with the complicity of then-President Milosevich. I don't know that they could count on President Putin stepping out of the way and allowing that to happen [in the Donbass], or whether it would be designed to provoke a more overt Russian reaction, which would then of course justify more sanctions.

Sputnik: What's your take on the impact that the Minsk agreement can have on all this?

Jim Jatras: A lot of people have simply declared it dead. If it's not dead, it's pretty close to it. The fact is that given the constellation of political forces in Kiev, it's very hard for President Poroshenko (if he wanted to, and I don't know if he really does) to provide any kind of genuine autonomy to the Donbass as called for in the Minsk II agreement.

So things are stalled. I don't see how they get unstalled. Maybe there's some way he can try to finesse it by looking very militant, getting these weapons and somehow appeasing the more nationalist forces and then granting some kind of concession to the Donbass. But that's a very tough needle to thread. 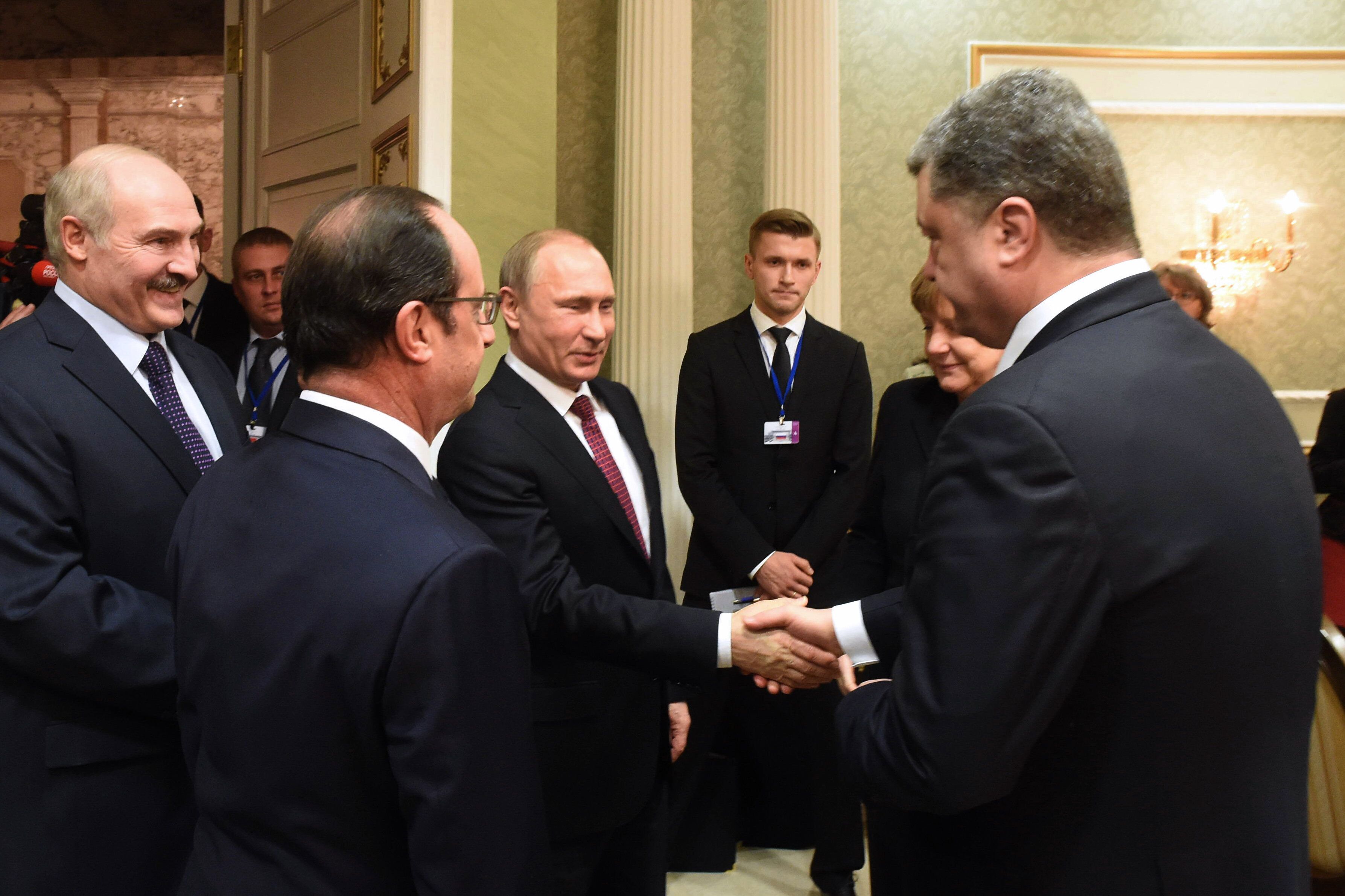 Jim Jatras: Well first off, when you say 'sale', I don't know that the Ukrainians are actually paying for these things. I think we're giving them the weapons.

© AP Photo / Alexander Zemlianichenko
Ukrainian Trace Found in Cambridge Analytica Data Mining Scandal – Investigative Report
As far as Mr. Poroshenko goes, last I saw, he's running fourth in the polls for reelection next year. What he wants to do is get into the runoff and he wants to win. So I think he is playing a complex domestic political game to show that he is sufficiently militant. But if he can pull a rabbit out of his hat and get some kind of a peace agreement, to find some way to broaden his support base, I think that's what that's really about on his side.

On the American side though unfortunately, what this means is just cranking up the hostility toward Russia, in perpetuity really.

Sputnik: What's your take on the American military-industrial complex, which does seem to be really driving the global situation with regard to certain insecurities in the geopolitical situation. Will the MIC ever calm down, or it just too essential for the American economy, and something we just have to live with?

Jim Jatras: Well, I've written very extensively on this, and think that calling it the military-industrial complex is about 50 years out of date. That's an Eisenhower-era horse-and-buggy concept compared to a Formula One racer. The American deep state, which also includes elements of the British intelligence services and other countries is much more pervasive than that. It's not even really about the economy. It's almost like an American version of the old Soviet nomenklatura – a mandarin class with a strong ideological justification that perpetuates its own interests and has nothing to do with the economy or the welfare of the United States. And it's extremely dangerous.

Jatras: "If #War Comes, Don’t Blame #MilitaryIndustrialComplex.Things Are Even WORSE Than You Think. READ: https://t.co/ot6Drez6Xx

Sputnik: Mr. Jatras, obviously you've got your embedded knowledge with your past experience in the US Senate's Republican leadership. What's your general take on the geopolitical situation between Russia and the US at the moment?

Jim Jatras: The small ray of hope [is] that there are people at the Pentagon and the professional military who don't want a direct clash between American and Russian forces, which was the kind of restraint we saw during the Cold War. With that very small ray of hope, I think it's all downhill from here. The entire US political class is united in hostility toward Russia. There may be five members of Congress in both houses that don't really see eye–to-eye on this. I don't see any possibility of improvement for the foreseeable future, but a lot of ways things can go wrong, not only in Ukraine, but in Syria.

The views and opinions expressed by Jim Jatras are those of the expert and do not necessarily reflect those of Sputnik.