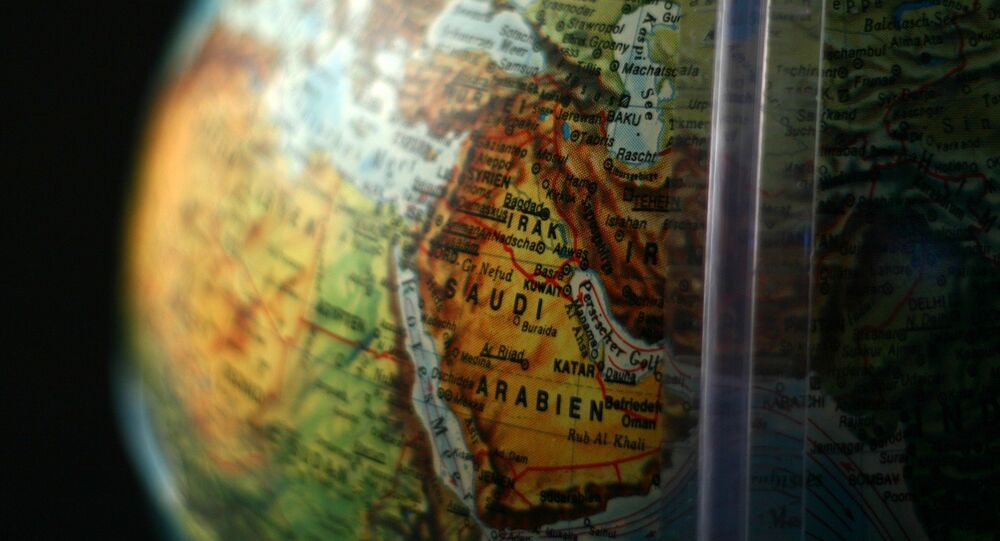 Israel's prime minister has presented information he says proves that Iran has been "lying" about its pursuit of nuclear weapons. The accusation comes amid fresh alleged Israeli strikes in Syria targeting Iranian-backed fighters. Iran expert Dr. Meir Litvak gave Radio Sputnik an Israeli take on how to stop the crisis from escalating out of control.

In a speech Monday night, Prime Minister Netanyahu presented 55,000 pages of text documents which he said proved the existence of a 'secret' Iranian nuclear program. Tehran denied the allegations, calling Netanyahu's presentation a "childish and ridiculous show." Moscow has stressed the need to authenticate the Israeli documents.

Sputnik: Dr. Litvak, what do you make of the timing of Mr. Netanyahu's statement in light of the upcoming US deadline on the Iranian nuclear deal?

Meir Litvak: I think the timing is very clear. Netanyahu probably wants to influence President Trump to withdraw from the agreement, and he came out with these revelations before President Trump would make his public decision. So I think certainly what he was trying to do is to influence Trump or make it easier for him to withdraw from the agreement.

Sputnik: Iran has dismissed the allegations, saying that none of the information was new, and the International Atomic Agency has already dealt with it. What do you think about the validity of Iran's statements?

Meir Litvak: With all due respect to the Iranians, I think they are lying. First of all, the IAEA did make allegations until 2003 that Iran was engaged in the development of military nuclear capabilities; so by the way did many international intelligence organizations.

© AP Photo / Ebrahim Noroozi
Iran Vows 'Surprising' Response to Israel Amid Nuclear Deal Tensions
It is true that the IAEA agreed that after 2003, Iran ceased its activities. Iran on the other hand denied that they had ever tried to develop military nuclear capabilities. Here, I think they are lying. They have lied before and they are lying now.

I do agree however that what Netanyahu said does not prove conclusively that Iran violated the Joint Comprehensive Plan of Action. This is not true.

Sputnik: Iran has warned that it could employ countermeasures to any rash steps taken by the US. How concerning is this for Israel?

Meir Litvak: It depends what the Iranians will do. For instance, should the Iranians declare that they will now renew enrichment, this would be a problem. Should they declare now that they will rush to [develop] a nuclear bomb, then it's a problem. Certainly the Iranians can now do certain things which may be problematic. They can demand [for example] that all international supervision be withdrawn from Iran once the US withdraws from the agreement; then yes, this is problematic, and of course we're concerned.

Sputnik: Mr. Netanyahu's remarks come amid reports that Israel may be responsible for hitting Syrian military bases believed to be used by Iranian-backed forces. What are the chances that these recent developments could exacerbate the Iranian-Israeli standoff?

Meir Litvak: I think there certainly is a danger that Israel and Iran are on a collision course and that they will eventually clash. I think this is a major concern, and I hope that diplomatic measures will be taken to prevent such an eventuality. I don't think a direct, full-scale confrontation would benefit any of the parties in the Middle East.

Sputnik: Recently, Secretary of State Mike Pompeo traveled to the Middle East, including Saudi Arabia, where the US and its allies reaffirmed their stance on Iran. What do you think of the role of regional actors in the Israel-Iran stalemate? Could it spiral into a major multifaceted clash?

Meir Litvak: No, no, not at all. I think if there is a clash, they would stand on the side. I think they would secretly hope that the Israelis would deal a blow to Iran, but they would certainly not do anything, and may even publically condemn Israel in order to appease their own people.

© AP Photo / Ronald Zak
Paris, London Back Iran Nuclear Deal After Netanyahu's Speech on Tehran's 'Lies'
But I doubt very much, and doubt is an understatement, that the Saudis would engage in a direct conflict with Iran. The Saudis know that while Iran is a threat for them, Iran will always be there. It has been their neighbor on the other side of the Gulf for centuries, and therefore the Saudis will be very cautious before they go into any direct confrontation with Iran.

© AFP 2021 / FAYEZ NURELDINE
Saudi soldiers reveal the remains of missiles, that a military coalition led by Saudi Arabia claim are Iranian during a press conference at the Armed Forces club in Riyadh on March 26, 2018

Sputnik: What's your best advice then for these two countries and their leaders?

Meir Litvak: As an Israeli, I would like very much for some measures to be implemented in Syria that would prevent Iran from transforming Syria into an advanced base against Israel. All Israelis, not only Netanyahu, are very much concerned with the close proximity of Iranian-supported militias on the Syrian-Israeli border. All Israelis are concerned that Syria will become a base for Iranian missiles aimed against Israelis.

And all Israelis hope very much that some sort of an arrangement will be made [to ensure] that Iran would not pose a strategic threat to Israel from Syria. Hopefully it can be done by diplomatic measures to prevent a clash.

I don't think it is realistic to expect Iran to withdraw from Syria completely. It would be nice, but I doubt it will happen. But some measures to prevent Iran from posing a strategic threat to Israel from Syria would be extremely helpful, beneficial and constructive to all parties in the Middle East.

Meir Litvak is the director of the Alliance Center for Iranian Studies at Tel Aviv University. The views and opinions expressed by Dr. Litvak are those of the expert and do not necessarily reflect those of Sputnik.