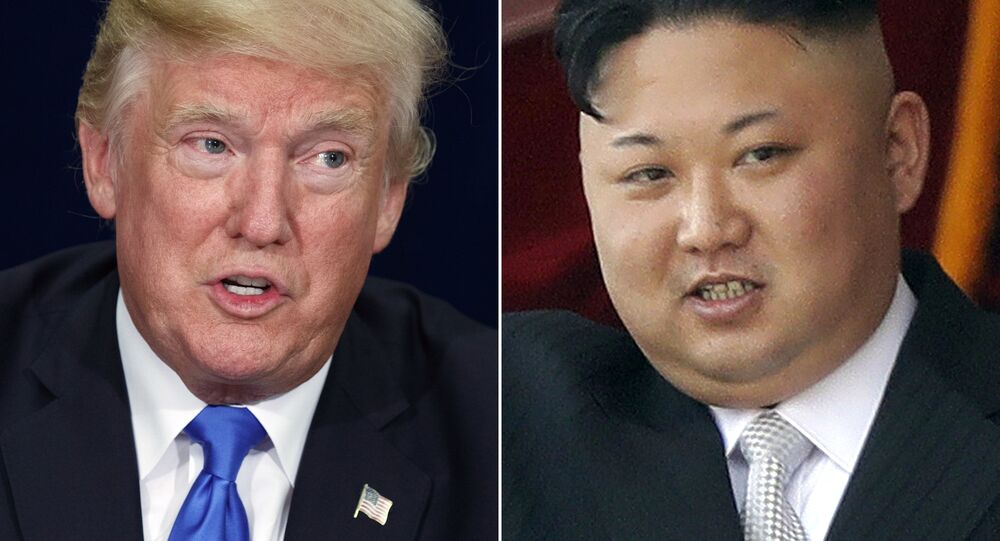 The past week has seen a ripple of diplomatic breakthroughs for the Korean peninsula, starting of course with the official end to the 58 year long Korean War. We spoke with Dr. Ed Griffith, who specializes in Asia-Pacific Studies at the University of Central Lancashire; he has been impressed by Kim Jong-un’s unexpected show of diplomacy.

Sputnik: What does 'denuclearization' actually mean? And on that line, can it really be achieved?

Ed Griffith: What North Korea means when it says denuclearization might be quite different to the way that some of the outside observers interpret that phrase. When we talk about the denuclearization of the Korean peninsula, to the very best of everyone’s knowledge, there are no nuclear weapons in South Korea. So that really just means the removal of nuclear weapons in North Korea. But from a North Korean perspective they are obviously very concerned about the nuclear threat from the US, which is a significant source of security for South Korea. So when they are talking about the denuclearization of Korean peninsula, they may also be talking about ridding the security that the US provides to the south, and I think that does complicate the issue somewhat.

Sputnik: What is expected to come of the meeting with Donald trump?

Ed Griffith: What Donald Trump is thinking, and what he expects, is a very difficult thing to discern at the best of times. We have to have cautious optimism about the upcoming summit. Certainly the summit last week produced some very optimistic sounding agreements, but it is essential that this is followed through with some firm agreements between North Korea and the US. Precisely what Donald Trump hopes to get out of that is very difficult to discern. But he will need something to go back to his public in the United States with that looks like progress. Otherwise he'll find it very difficult to give the North Koreans anything that they actually want. It’s not really imaginable that either side can get precisely what they want out of this. The complete, irreversible, verifiable denuclearization of the Korean peninsula, I think, is not really going to be on the table. At the same time what North Korea really wants is for the United States to be out of South Korea, and that’s simply not an option either. I think the very best we can hope for is an agreement to move towards more dialogue, perhaps including China. That would enable the North to re-engage more with its neighbours in terms of economic development. I think that’s the most we could hope for. We have to keep our minds open; it has been a very unpredictable time.

Sputnik: What did you extract from the Summit that the Mainstream Media has not picked up on?

Ed Griffith: One of the things to come out of the last few days seems to be that we have slightly underestimated Kim Jong-un, and his diplomatic abilities. His Summit with Xi Jinping, the president of china a couple weeks ago, showed that he really understood how to play that relationship. He played that very, very well. In his meeting with Moon Jae-un the other day, did something similar as well. He really understood how to play to the cameras and the symbolism of it all. This is something we have all underestimated in him. So perhaps he is more sophisticated in international relations than we first thought. I think that is something interesting to keep an eye on.