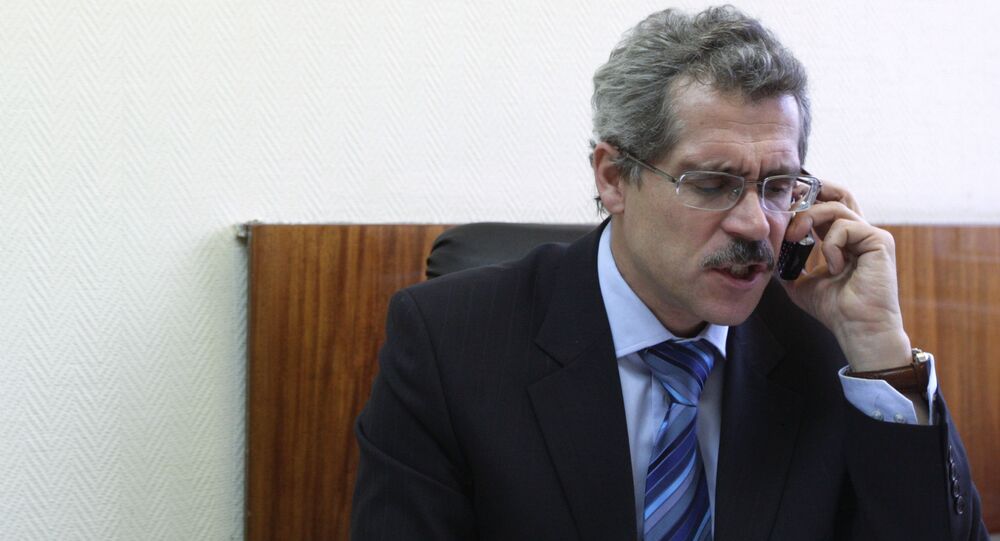 MOSCOW (Sputnik) - A number of Russian officials have commented on the recent testimony of World Anti-Doping Agency (WADA) informant Grigory Rodchenkov at the hearings in the Court of Arbitration for Sport (CAS), saying that it proved the false nature of his previous statements.

In 2016, Rodchenkov told The New York Times that at least 15 Russian Olympic medalists were part of an alleged state-run doping program, and his testimony served as a basis for the WADA independent commission's report on doping in Russian athletics.

© AP Photo / Pavel Golovkin
Kremlin: We Hope Rodchenkov Testimony to Make Int’l Orgs Reconsider Decisions on Russian Athletes
Later that year in July, the International Olympic Committee (IOC) announced a ban on all Russian athletes with a record of doping violations from participating in the 2016 Summer Olympics in Rio de Janeiro. The restrictions also targeted the Russian national team at the 2018 Olympics in South Korea. These IOC decision came as a result of a two-part report on doping violations in Russia that was prepared by Richard McLaren, the head of the WADA investigative team.

The IOC move was also based on the testimony of Rodchenkov, who had provided a list of athletes who allegedly used the so-called Duchess steroid cocktail.

According to court materials released earlier in the week, Rodchenkov could not confirm part of the claims he made at the CAS hearings in January. In particular, he said that he never gave the "Duchess" cocktail to athletes, never saw athletes taking it, had no instructions on how to use it, never personally participated in collecting "clean" samples, never witnessed how these samples were collected from athletes, and had no evidence of athletes meddling in the doping control procedure or the contents of doping tests.

Commenting on the recent testimony, Kremlin spokesman Dmitry Peskov said that Rodchenkov's words proved that his accusations against Russian athletes were false and groundless.

"Now the fact that the man is confused in his testimony is obvious. The fact that he actually confirms that he lied and that his previous words were groundless. Of course, we hope that this situation will force various organizations to very seriously look at the all reasons behind the decisions taken against our athletes again," Peskov said.

According to the Kremlin official, the media outlets that had welcomed Rodchenkov's previous revelations should also pay attention to the informant's recent testimony.

Meanwhile, Russian Sports Minister Pavel Kolobkov pledged that Russia would take legal action on behalf of its athletes in the future.

"The [alleged] guilt of athletes should have been substantiated with all evidence. However it has not taken place. In future there will be a lot of legal actions on the cases of our athletes," Kolobkov said.

"Rodchenkov lied about doping in our country — quod erat demonstrandum. I propose to establish a commission which will gather all untrue publications about our athletes in Western media during this period and to sue them for libel. Let's restore the fair name of Russian sports," the senior lawmaker said.

Aleksandr Zubkov, the chairman of the Russian Bobsleigh Federation, who had been deprived of the gold medal he won in Sochi in 2014, said that he did not rule out the possibility of filing a lawsuit.

"No evidence of Rodchenkov's activities has been provided before. That's why this news could be foreseen. However time has passed, and our image as athletes has also deteriorated. Now dialogue with a lawyer is ongoing and claims will be initiated. We hope that lawyers will thoroughly study everything, and afterward we will take steps if necessary," Zubkov said.