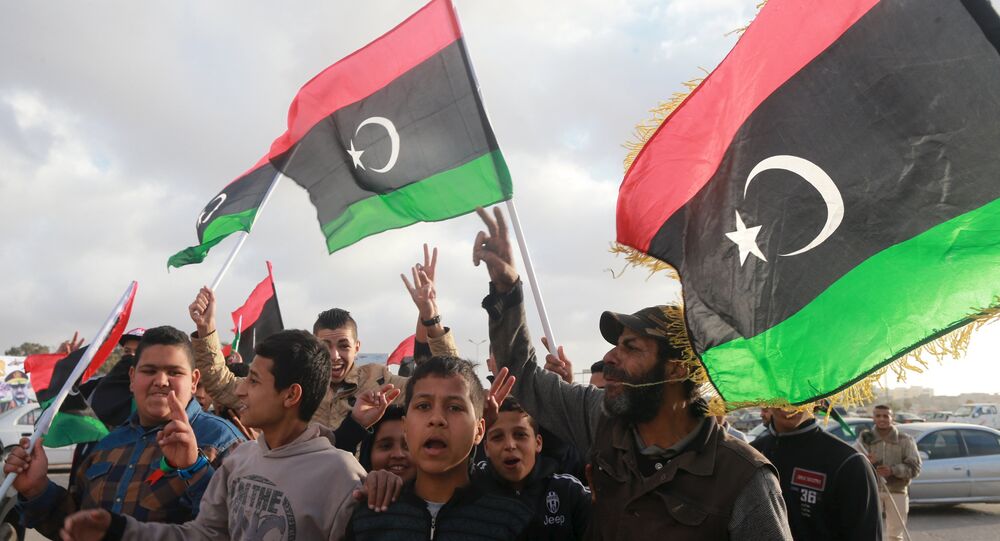 Tensions are simmering between Italy and France, as Paris has taken advantage of Rome's current political weakness, Italian academic Michela Mercuri opined in an interview with Sputnik. Additionally the ambitious French president is seemingly trying to become the new European leader, the academic noted.

Libya, Syria and a migration issue remain the main bones of contention for Italy and France, Michela Mercuri, associate professor of modern history at the University of Macerata and author of "Incognita Libia" (Unknown Libya), told Sputnik Italy.

The academic emphasized that Rome and Paris are pursuing different strategic goals in Libya, stressing that "it's all because of oil."

According to the author, the countries' interests did not coincide in 2011 when France jumped at the opportunity to intervene in Libya because of the country's crude and this trend remains intact today: "Italy continues to support Prime Minister Fayez al-Sarraj, and France is backing Supreme Commander of the Armed Forces of Libya Khalifa Haftar," Mercuri noted. "By selling him weapons Paris, wants to gain a foothold in the province of Cyrenaica [the eastern coastal region of Libya], to start drilling and exploration of oil reserves there."

© AP Photo / Hassan Ammar
West Realizes No Military Solution Possible in Syria Judging by Libya Experience - Brussels
The academic also recalled that when Haftar was seriously ill he was transferred to Paris: "It seemed that they were waiting for the moment when they could announce that the general could no longer control Cyrenaica."

Mercuri has suggested that France is looking for a successor to Haftar to guarantee its interests in the region. It continues to pursue its own objectives in Libya to the detriment of this African country's unity and, of course, to the detriment of Italy," she said.

The refugee issue remains yet another apple of discord between Paris and Rome, the author underscored.

"France has repeatedly promised — both at the 2017 summit in Taormina and during the recent meeting in Rome with Prime Minister Paolo Gentiloni — to help Italy and boost Italian-French cooperation on migration," he pointed out. "However, it was only lip service on the part of France which didn't translate into any concrete actions: France continues to refuse to accept migrants while trying to maintain control over migrants in Italian Bardonecchia and sending them back from France to Italy."

Mercuri referred to the March 31 incident when French border police entered a clinic in the region providing care for migrants which was seen by some Italian politicians as a violation of Italian territory.

© REUTERS / SANA
The West's Missile Strike on Syria: an Act of Raw Imperialism
As for the April 14 joint missile strike conducted by the US, France and the UK on Syria, Mercuri emphasized that although "Gentiloni signaled support for NATO, Salvini and other likely prime ministers of the future Italian government have made it clear that they are against interference."

On April 12, the Italian prime minister highlighted that Rome "will not participate in Syrian military actions based on current international and bilateral accords, Italy will continue to offer logistical support to allied forces," the politician added.

While Italy held its general elections more than a month ago, it has yet to form a government which puts the country in a vulnerable position. Matteo Salvini, the right-wing Northern League party's 44-year-old leader, is regarded as a potential successor to Gentiloni. During the election campaign Salvini denounced anti-Russian sanctions imposed by the EU as "insanity directed against a friendly and neighboring market."

According to Mercuri, in Syria France is acting against the interests of Italy. She pointed out that while Germany is focused on its domestic problems and the UK is preparing to withdraw from the European bloc, France is striving to become Europe's leader. She further suggested that Paris' assertive stance toward Syria may result in a political confrontation with Russia.

"In my opinion, all parties involved in the Syrian crisis need to sit at the negotiating table and jointly discuss the future of the country," the author underscored. "For many years we witnessed the horrors of war, and the current actions of France are clearly irresponsible."

French Mission to Niger: Yet Another Slap in the Face for Italy

Assessing the results of French President Emmanuel Macron's visit to Washington, Mercuri opined that the French president wants "to pursue a bilateral policy with the US" seeking to lead the disunited European bloc. Simultaneously, Macron is boosting ties with Northern Africa and the Middle East.

Meanwhile, "the French mission to Italy's former colony in Niger has become yet another slap in the face for [Rome]," she noted, adding that Niger refused to invite the Italian military contingent to combat terrorism, although earlier, the deployment of the mission was approved by the lower house of the Italian Parliament. Mercuri believes that Italian-French relations have reached a deadlock.

To regain its status quo Rome needs to bolster its foreign policy. According to the academic, if Italy strengthens its positions in Libya it would become an important step in the right direction: "In my opinion, Italy should start with Libya. Italy has an embassy in Libya, 300 people are participating in the Hippocrates humanitarian operation there."