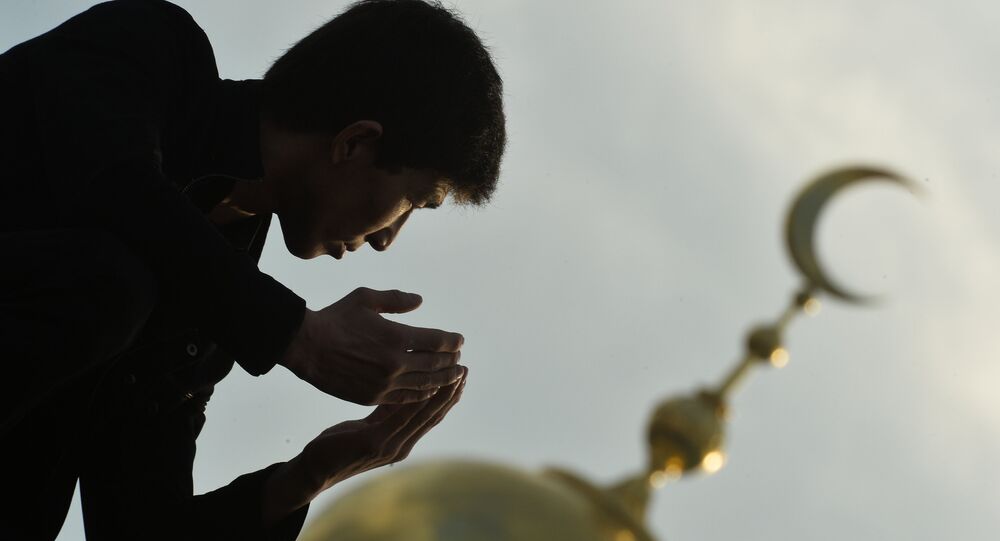 Petition Launched in France Against Anti-Semitism Rife in Muslim Neighborhoods

There is a different type of anti-Jewish sentiment that has apparently taken root in Europe, with many migrants streaming in from the Middle East bringing with them virulent anti-Semitism.

Three hundred prominent French politicians, journalists and clerics have signed an open letter where they voice serious concern about the rise of what they describe as a “new anti-Semitism” in the country.

© AP Photo / John MacDougall/Pool
'Berlin Wears a Kippa' Rally Against Anti-Semitism Stopped Amid Threats
In the letter signed by, among others, former President Nicolas Sarkozy, three ex-premiers, a former Paris mayor, former editor-in-chief of Charlie Hebdo and representatives of religious communities, the signatories raise their voice against “ethnic cleansings” taking place in some city neighborhoods across France while the media keeps mum about them.

According to the open letter, which appeared in the April 21 issues of Le Parisien du Dimanche, more than 500 Jews have been forced to relocate because ”they didn’t feel safe in certain neighborhoods and because their children are unable to attend school.”

“Only recently 11 Jews were murdered by radical Islamists and some of them were subjected to torture for reasons of their ethnic origin,” the letter said.

The open letter caused an angry uproar among the country’s Muslims, with the head of the French Council on the Muslim Cult (Conseil Français du Culte Musulman – CFCM) Abdallah Zekri slamming it as ”counterproductive” and arguing that it is ”inadmissible to draw a line between Muslims and anti-Semites.”

”I’m carefully weighing what I say. This petition will do nothing to improve relations between Jews and Muslims,” Zekri told Sputnik.

He also took a shot at the Muslim imams who signed the open letter.

”The Muslims who signed this petition are self-proclaimed Imams! They are not recognized by the Muslim community, they have no mosque and they are not preaching anything. […] They are what I call (and I will mince no words here) ‘ceremonial Arabs.’”

“There are Jews who do not like Muslims and there are Muslims who do not like Jews. All the Jewish Defense League (Ligue de Defense Juive) does is attack Arabs and no one says a word about it!” Abdallah Zakri fumed.

© AFP 2021 / DPA/Bernd Von Jutrczenka
'New Phenomenon': Merkel Sheds Light on Arab Migrants' Anti-Semitism
“The LDJ is considered a terrorist organization in Israel and the US, but France is lenient towards them. Unfortunately, its members keep harassing Muslims in and around Paris. They have links to ultra-right groups,” Zakri concluded.

In Germany, Chancellor Angela Merkel, much-maligned for her open-door immigration policy, has said that the country is facing a new form of anti-Semitism from refugees and people of Arab origin.

"We now have another phenomenon, as we have refugees or people of Arab origin who bring another form of anti-Semitism into the country," Merkel told Israel’s commercial Channel 10 television broadcaster earlier this month.

Many in Germany are critical of Angela Merkel’s decision to open the country’s borders up to migrants from North Africa and the Middle East.

In 2015 alone, around one million arrived in Germany, sometimes at a rate of more than 10,000 people per day.