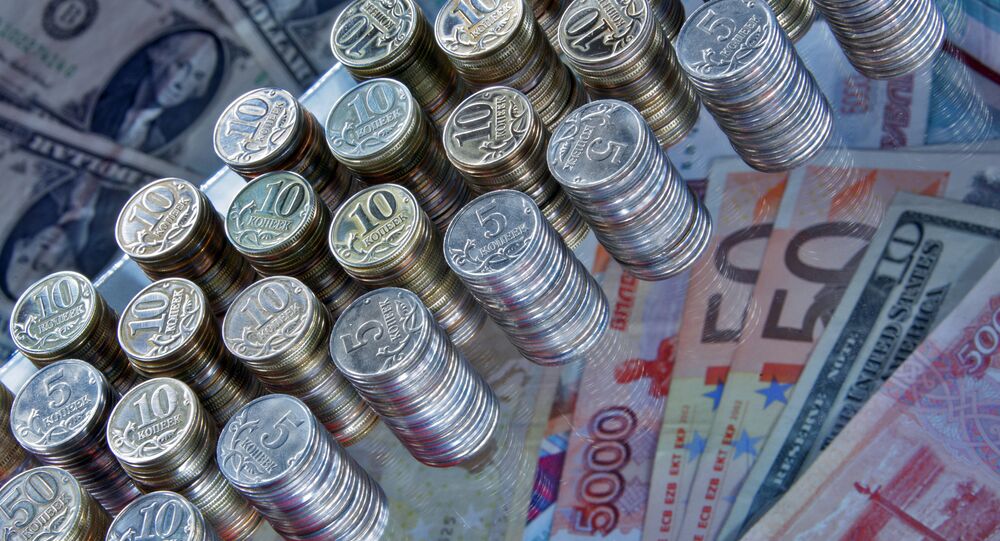 Russia has decided not to participate in the increase in the World Bank's lending capacity and with good reason, analysts told Sputnik, suggesting that it doesn't seem logical for Moscow to fund the institution amid the US-led sanctions spree aimed against Russia.

The World Bank's assets are being directed to fund reforms beneficial to transnational corporations, including those from the US, Vasily Koltashov, director of the Institute of Globalization and Social Movements' Center for Economic Research, told Sputnik, commenting on Russia's refusal to participate in the financial institution's additional capitalization.

The World Bank as well as the other institutions of the world's financial system — the International Monetary Fund (IMF) and the World Trade Organization (WTO) — were founded on the principle of free trade. It was expected that politics would never interfere with the economy in any way and that countries that adopted the principle of economic openness would cooperate with each other while the IMF and WTO would help them implement appropriate reforms.

© Sputnik / Maksim Blinov
Cryptocurrencies Regain Ground Though Called 'Ponzi Schemes' by World Bank Head
However, according to the scholar, it has turned out that both the IMF and the World Bank became Washington's instruments to ensure its economic and political dominance in the world: They pressured economically weak countries into adopting tough rules under the so-called Washington Consensus.

For its part, the US does not consider it necessary to follow any rules: Recently, Washington has adopted a protectionist approach, violating the free trade principle and unleashing a trade war on China. Under these circumstances, the World Bank and the IMF are losing their relevance.

"Russia should use its money to solve its own problems," Koltashov opined. "This is pure insanity to fund international institutions that not only do not work, but are hostile to [Russia]"

© AFP 2021 / MOLLY RILEY
IMF Prognoses Amid US-China Trade War Resemble Kabbalah Predictions – Academic
Mikhail Belyaev, chief economist at the Institute of Stock Market and Management (ISMM) echoes Koltashov: "It appears rather awkward to support an organization that promotes US policies, and especially amid [anti-Russian] sanctions," he noted, in an apparent reference to a new package of restrictions against 38 Russian businessmen and senior government officials over the alleged poisoning attack against former spy Sergei Skripal and his daughter Yulia in the UK that was announced by the White House on April 6.

On April 21, World Bank shareholders approved the decision to bolster the financial institution's lending capacity by $13 billion. The decision was justified by the need to tackle new challenges, such as climate change, refugee crises and pandemics, World Bank President Jim Yong Kim said, as quoted by Deutsche Welle.

According to Russia's Deputy Finance Minister Sergei Storchak, Russia refused to invest further funds within the framework of the World Bank Group's (WBG) new initiative, citing its doubts regarding the efficiency of the bank's credit policy and suggested that the institution's strategy could alienate China and India, the bank's most reliable borrowers.

The US has also signaled its unwillingness to participate in the World Bank's further capitalization, referring to the low efficiency of projects funded by the financial institution.

"There are fewer and fewer of those wishing to support the World Bank in its current form," Belyaev said. "It's like pouring a new wine into old wineskins: the wine will burst the skins and spill out."

Since the current model of the global financial structure has outlived itself, it may lead to a reorganization of the IMF and the International Bank for Reconstruction and Development (IBRD), operating in tandem with the World Bank, observers believe.