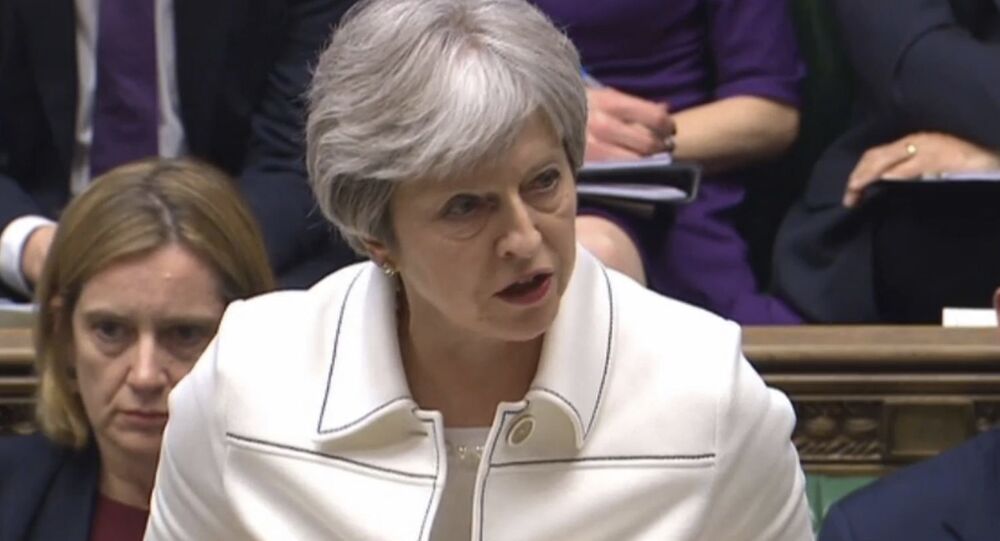 Shadow women and equalities secretary Dawn Butler said, UK PM Theresa May’s policies are enabling institutionalized racism. The comment comes amid the Windrush scandal after it had transpired, that some children of Caribbean migrants who settled in the UK in the 1940s-1970s had been declared illegal immigrants and threatened with deportation.

Sputnik discussed whether the term "institutionalized racism" could be applied to Mrs. May's policies with Sir John Curtice, senior fellow of The UK in a Changing Europe and Professor of Politics at Strathclyde University.

Sputnik: What is your take on Ms. Butler's words? Would you agree that the term "institutionalized racism" is applicable to Mrs. May's policies?

John Curtice: You can identify this is as institutionalized racism pursuing a policy that ends up having a greater impact on those of a certain racial background then you probably could sustain Ms. Butler's comments, so I think one should say that it is an indirect effect of the policy rather than any direct intent of the policy.

What is clear is that there are a group of people who were admitted readily into the UK in the 50s and 60s, they came here as Commonwealth citizens and as Commonwealth citizens they had the right not only to come here but also to come here with voting rights, and they really weren't expected to produce very much in the way of documentation, the truth is we had freedom of movement for people who were then members of the Commonwealth.

© AP Photo / Thierry Charlier/Pool
Theresa May Stares Down Revolt Over EU Customs Union
Now many, many years later we decided to try to tighten up on ensuring that those who get a job here, who have access to the NHS are indeed entitled to do so, but along the way have forgotten that because the bureaucratic procedures were nothing like so tight many years ago, and there were this group of people who came into the country and didn't necessarily have the documentation to prove that they were legal end up being caught.

The damaging thing I think for the government perhaps though is the increasing evidence coming out that it was actually aware that at least some members of the so-called Windrush generation might be at risk of getting caught up in this policy, i.e., that there was an awareness that perhaps there were indeed Commonwealth citizens, particularly those who came here as children, who have the perfect right to be here, but who actually did not have the documentary evidence to prove that they had that right.

Sputnik: How has Theresa May responded to these allegations first of all and to the scandal overall? Has she made any promises as far as doing something about it?

John Curtice: Well the first thing to realize is, of course, it is Theresa May's reputation that is on the line here, because the trade legislation that was introduced in 2014 that's kind of led to this problem was done while Theresa May was the Home Secretary, and was the minister who was responsible for pushing it through, and we now know from various people who were inside the British Cabinet at that time, that that was a policy that met a degree of opposition from within government at the time, so the Home Secretary can't say that everybody agreed with her.

READ MORE: Windrush Scandal: 'Captain May' is Weak and Seems Intent on Going Down

So her reputation is undoubtedly on the line. It is also true that the current Home Secretary, Amber Rudd, who has long been a close colleague of Theresa May's is also on the line on the grounds that basically she's not been handling the operational side of this terribly well.

Theresa May has responded basically so far by saying sorry, saying sorry very often, admitting that these people are British, that this never should have happened, they're one of us, they came to this country to rebuild the country after the Second World War etc., etc., and more recently, as I've suggested, she's moved on to beginning to say, well hang on, maybe were going to have to offer some compensation, but there certainly has not been any flesh put on the bones for that idea.

© AFP 2020 / OLI SCARFF
May's Office Reiterates Commitment to Leaving EU's Customs Union - Reports
All that's so far has been going on is that people have been told that if they apply to the Home Office for a card that says — you have the right to remain here and the decision will be done expeditiously. Basically, people are being asked to prove that they've been living in the UK for every single year that they've been living in the UK.

We had examples, allegedly, of people, for example, who have been here for over 40 years, they have tax records for 40 years and they have managed to prove to the Home Office that they were here for the 40, let's say out of the 45 years they've been here, but there's always that odd year where there's a gap and the Home Office has therefore been saying no.

Sputnik: This has had significant implications for her (Theresa May's) political career and perhaps for a cabinet's as well?

© REUTERS / UK MOD Crown 2018
UK Ex-Defense Chief Calls on May to Send Troops to Syria
John Curtice: At the moment I don't think she's going to resign over this but it certainly has done her political damage, given this was at a time when at least the UK public was concerned her handling of the poisoning of two Russian citizens in Salisbury and her response to the alleged chemical attack in Syria got relatively good marks from the British public, and it seemed to be moving the Conservatives back to a lead in the opinion polls.

Certainly it's come at a particularly an unwelcome time in the sense that all of that has been completely washed out of the British news, and the British news has been dominated for the last week by what looks like not just simply a mistake by the UK government, but to be honest, an implementational policy even though it was known that as proposed, the policy came with risks as they have indeed now been realized and become evident some years down the track.