Republican senator Cory Gardner is championing a legislative initiative to determine whether Russia should be billed a "state sponsor of terrorism." Radio Sputnik discussed this with Manuel Ochsenreiter, director of the German Center for Eurasian Studies and editor-in-chief of the German news magazine "ZUERST!"

Sputnik: In your view, why was this article published now, when relations between Russia and the US are as tense as they were during the Cold War era?

Manuel Ochsenreiter: We witness right now an escalation of the informational warfare; we have already now, well since the war started in Syria, which was escalating even more since the problems and difficulties in Ukraine, with the Maidan uprising, so we are now at a new escalation period and of course, the consequences for Gardner, for the US, or what they would like to see as consequences is to have a safe hand on Europe, on the European allies by labelling Russia as a "terrorist sponsoring" state. 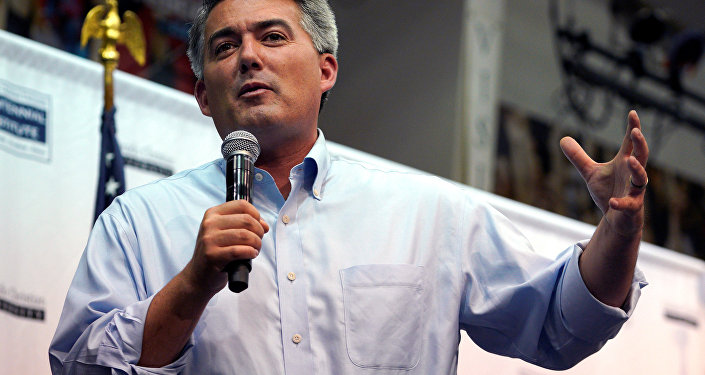 Sputnik: If Russia was indeed declared a state sponsor of terrorism, what kind of diplomatic moves would we see by the European Union, by the US?

Manuel Ochsenreiter: We would see a variety of diplomatic and economic measures. It would mean that sooner or later, the European countries would have to follow Washington’s judgement about Russia as a "terrorism sponsor."

That would mean that there would be an enormous political pressure on all companies and businesses, and on all politicians who are advertising good and normal relations with Russia, between Europe and the Russian Federation. For the US, it is absolutely important to keep Europe on their side and to make Europe, let’s say, hostile towards Russia. Russia is a sort of natural partner for European states; Russia is a supplier of resources.

Germany, for example, has excellent high tech products and is also very important for the market of Russia, but the US wants to separate these two markets, or these two political spheres, to bind Europe closer to the US. The US knows [that] if Europe gets lost for the US, they are outside of the game.

The consequences would include a diplomatic cooldown, maybe even freezing, maybe even more freezing than we were used to during the escalating periods of the "cold war."

In economic terms, it would mean that companies, even if they do business with Russia, which would be legal, would suffer from moral and public pressure … if the US succeeds in making Europe also label Russia a "terrorism sponsor."

Sputnik: What other countries around the world are currently considered by the US and Europe as states sponsors of terrorism?

Manuel Ochsenreiter: If we take a closer look on these countries – we have for instance Iran labelled as a terrorist sponsor – we know also that they label the Lebanese Hezbollah forces as terrorists, as they are on the official terrorist list. 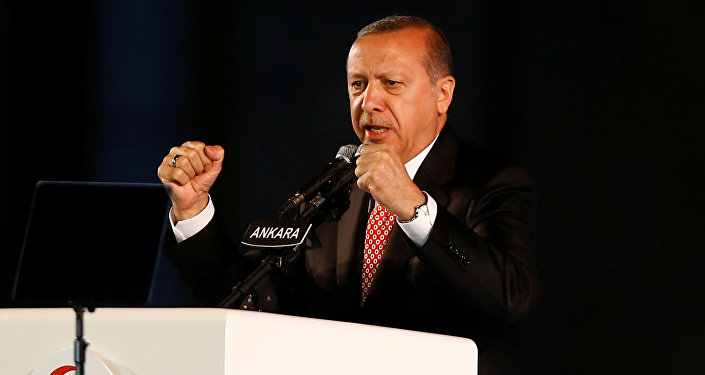 © REUTERS / UMIT BEKTAS
Such a Deal: Erdogan Accuses US of Arming Kurdish Forces in Syria for Free

But if we look at the situation in the Middle East, we can precisely see that those entities and those groups labelled as terrorists or terrorist sponsors by the US are in many cases forces that are standing for stability and fighting against terrorism.

For example, Iran is one of the main forces supporting Syria in fighting the Islamic State*. Russia is the only foreign force, besides Iran, which is in Syria legally, which is there on the invitation of the legal Damascus government.

While the Americans, the British, the French and all other forces are there not legally, they were never invited, never asked by the sovereign state of Syria to support them in fighting terrorism.