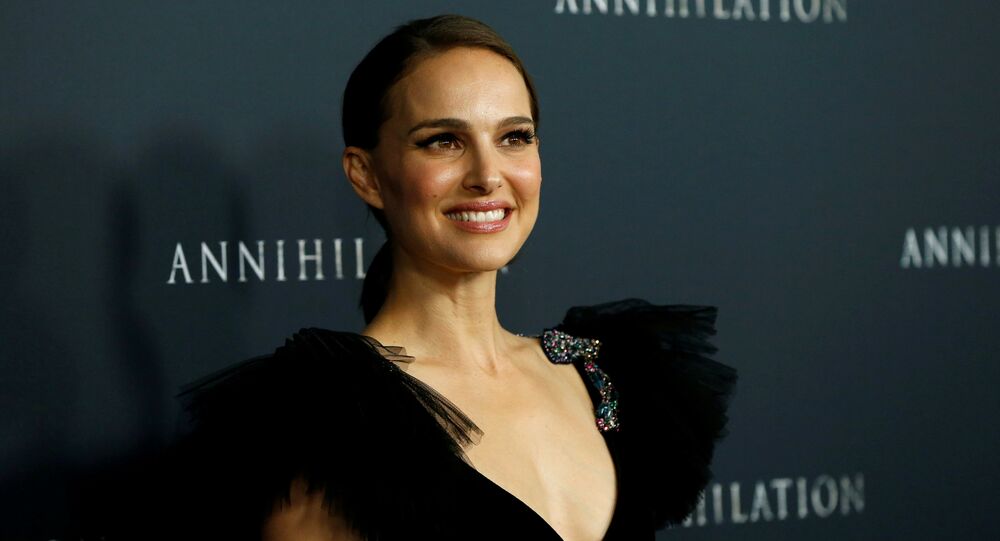 Natalie Portman's decision not to go to Israel next month to accept an award at a ceremony attended by the Israeli prime minister hit a nerve among Israeli officials. Hen Mazzig, a journalist who published an open letter to Portman criticizing her decision from a progressive point of view, told Radio Sputnik what bothers him about the move.

Sputnik: In your open letter you stated that you were frustrated by Mrs. Portman's words and actions. Could you explain what it was that you found disturbing?

Hen Mazzig: I think the whole style in which she tried to relay her message is a symptom of a very American type of approach. We see that the political debate in America today is so polarized, and what Portman did is basically to try to bring this type of debate into this issue, and I don't think we need it here.

© AP Photo / Jordan Strauss/Invision
No BDS Fan: Natalie Portman Rebuffs Criticism for Skipping “Jewish Nobel Prize”
If you have problems with Prime Minister Bibi Netanyahu, if you don't support the current government, which by the way I don't support either, there's a way to protest, but you need to come to Israel, even if you're saying that you're not practicing a boycott. This is a time when every statement of denying an Israeli prize or denying a visit to Israel has been interpreted as a boycott.

Just the very fact that her manager said in the beginning that she wouldn't show up at a public event in Israel is disheartening. The fact [is that she goes] to events in the US, although she clearly disagrees with Donald Trump; she goes to China for events, even though I'm sure she disagrees with the Chinese government.

I do think that she's not anti-Israeli. I don't think she has hatred toward Israelis. She's passionate about her ideas, but just the way she did it is frustrating.

Sputnik: Many have pointed out that Mrs. Portman speaks very neutrally about current events without going into detail; she didn't call for other people to boycott. Some would say that she was sort of restrained in her reaction. Why is it that you've taken such offense?

Hen Mazzig: She also posted on her Instagram a couple of days ago where she said that she doesn't want anyone to speak for her, clearly noting that her manager was making statements for her, and saying that she's not taking part in the BDS [Boycott, Divestment & Sanctions] Movement, but that she is critical of Israel and is not trying to boycott the entire nation.

There's a lot of semantics. People are saying, "why do we even care about it, why do we care about Natalie Portman?" Well we do care about Natalie Portman. The BDS Movement, the boycott movement is not about a real economic attack on Israel because they know that they can't really hurt Israel with economic measures. It's not even about a cultural boycott or the isolation of Israel because … artists are coming here and leaders are coming here. It's a lot about PR, it's about making it seem like there's some sort of a movement and gaining support from young people.

© AP Photo
Natalie Portman Sparks Uproar on Twitter With Stand Against 'Recent Events' in Israel
Natalie Portman has such a status, and young people like myself look up to her. And while I agree with her opinions on many political issues, the style and the way in which she [makes these opinions heard] is very important, especially in this case. It reflects negatively to say, "I'm not going to come and take a $2 million award that I can donate." She could have come here, gone up the stage, took the award and said that she's going to donate it to a left-wing organization to promote her social justice ideas.

There are just so many alternatives. Dame Helen Mirren was in Israel in 2016 to give the Genesis Award. She disagreed with Bibi Netanyahu's politics, but it didn't stop her from coming here; she declined to take any pictures with him because she doesn't agree with his politics. That's the style that I'm speaking about. If you have criticism, there's a way to put your criticism. Just snubbing Israel and saying, "I'm not boycotting the whole country, I'm just attacking the prime minister" [isn't the right approach]. He is just the current prime minister, and there is going to be another prime minister, but her actions are going to be remembered here and that's what irks us the most.

“It’s not about criticism, which we welcome here, it is about the way you do it, at this moment in time. I know you are used to a different type of political debate in the US, but we don’t need you to bring it here.” My open letter to Natalie Portmanhttps://t.co/gF8peDM53Y

Portman's decision not to accept the Genesis Prize, also dubbed the "Jewish Nobel," has caused a firestorm of criticism in Israel, with some politicians urging the government to strip the Oscar winner of her Israeli citizenship. Israeli Culture Minister Miri Regev lamented that the movie star seemed to have "fallen like ripe fruit into the hands of BDS campaign supporters." The Genesis Prize Foundation canceled the ceremony over Portman's decision, fearing their philanthropic initiative would be "politicized." Social media users were divided, some praising her for her bravery, with other slamming her for "caving to political correctness."

The views and opinions expressed by Hen Mazzig are those of the expert and do not necessarily reflect those of Sputnik.