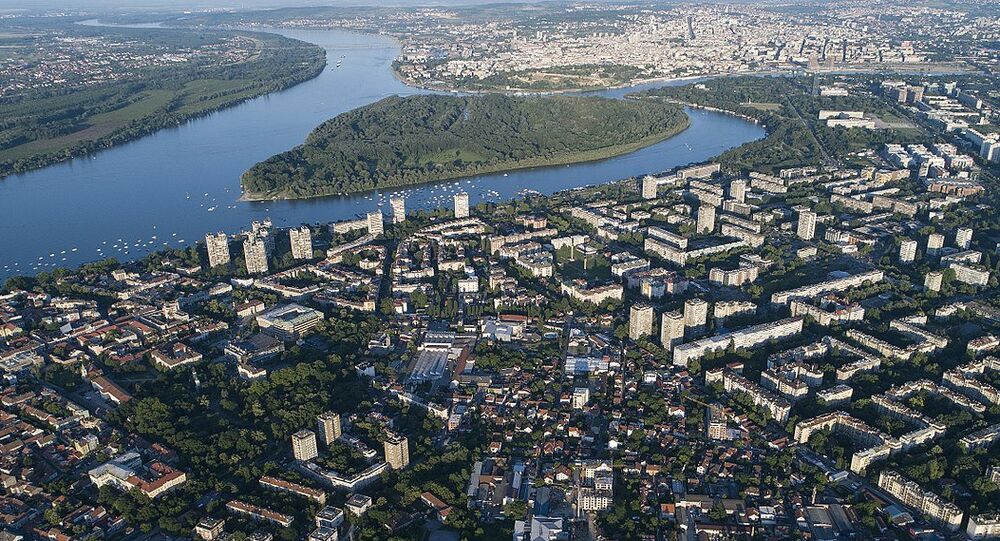 While the European Union leaders appear uncertain about accepting new member states into their fold, it appears that Brussels instead seeks to use the Balkans to deal with its migrant problems, according to a Serbian politician.

French President Emmanuel Macron has declared that the European Union needs to be reformed before conducting any further expansion, adding, however, that he does not want the Balkan states to turn to Moscow and Turkey.

© AFP 2021 / SAKIS MITROLIDIS
Slovak Politician: Migrants Should Be Helped, But Not in Our Country
Sanda Raskovic Ivic, Serbian MP and former ambassador to Italy, told Sputnik Srbija it was that very fear of Russia’s growing influence that caused Brussels to hurry and make Bulgaria a EU member as soon as possible.

She pointed out that Macron essentially reiterated a statement issued by German Chancellor Angela Merkel in 2009 when she insisted that there’s no reason to expand the EU further if such growth is detrimental to the union’s operations.

"Today Merkel’s status in her country and in the EU wanes while Macron is a rising star. So Macron steps forward and frankly declares that the EU cannot expand further and that reforms are needed," Raskovic Ivic said.

According to the politician, it could be that the EU does not rush to accept Serbia and other countries into its fold because the union wants to turn the Balkans into some sort of a “parking lot” for migrants.

"The EU is no longer ready to accept large masses of migrants, so it needs some kind of filter to stem the flow of refugees; but it can’t use Turkey for this purpose because the latter could start blackmailing Brussels. Croatia is the EU border territory, located next to Bosnia and Herzegovina, Serbia and Montenegro. These countries are weaker so you can always threaten them or bribe them so that they do you a favor and accommodate all those people. The EU needs a parking lot for migrants," she said, adding that the EU isn’t too keen to welcome Serbia in at this time.

Earlier in April, European Commission President Jean-Claude Juncker told the European Parliament that the EU should accept new members from the Western Balkans in order to prevent the risk of a new war in the region.

READ MORE: Juncker Warns of Likely War in Balkans if EU Doesn't 'Open Up' to Ex-Yugoslavia

The views and opinions expressed by Sanda Raskovic Ivic are those of the speaker and do not necessarily reflect those of Sputnik.

Czech PM: By No Means Will We Accept Any Migrants Within EU Quotas