Addressing German Chancellor Angela Merkel's careful stance on Berlin and Paris jointly clinching a road map to reform the EU, Patrick Martin-Genier of the French Institute of Political Studies, a think tank, told Sputnik France that Merkel's positon can be explained by a range of factors, including Berlin's pragmatic approach.

"They belong to different cultures. I think that Germany does not always welcome the creation of new structures, in particular financial ones, such as the European Monetary Fund," Martin-Genier said.

He added that "Germany is much more pragmatic than France" and that it had repeatedly proposes to create new structures, institutions and funds.

"The Germans, who have different mentality, prefer to use existing tools to strengthen, in particular, so-called financial solidarity," according to him.

Martin-Genier recalled that "Angela Merkel always said that before restructuring Europe, EU countries should first of all deal with their own restructuring to show that they are trying to keep their state debt and budgets under control."

"In other words, a raft of restrictions are imposed on financial solidarity in a form which is perceived by other countries in Southern Europe and which is upheld by France," Martin-Genier noted.

He also recalled that former German Finance Minister Wolfgang Schaeuble "was very hesitant" when it came to helping Southern European countries, in particular Greece, who found themselves in a difficult situation.

Martin-Genier warned that the German Chancellor, who he said is "not as welcoming as she was before," should be very careful about major European projects if she wants to preserve the political stability of her coalition.

"As Merkel said, after the October 2017 elections, she no longer has the same freedom of action. She is under right-wing pressure and she had to make a spate of important compromises within her coalition, which can be explained by the German government's right-wing shift under the influence of the Bavarian branch of the CDU [Christian Democratic Union]," Martin-Genier said.

According to him, since Social Democrats signed an agreement with the government, they are obliged to comply with this deal, which means that "now they are less inclined to support the initiatives put forward by Emmanuel Macron."

Is Macron too pro-European for Merkel?

Martin-Genier doubted speculation that Macron's stance is more pro-European than that of Merkel, given that "she had always been focused on Europe.

"However, they have different concepts of European integration and different approaches to European institutions. Angela Merkel never had the power that the French President currently possesses. Why? Because she has to reckon with the government coalition," he pointed out.

Martin-Genier believes that Merkel's "European spirit" is less powerful than that of Macron, who "became French President only a year ago and who showed that he has serious European ambitions," something that Martin-Genier said was confirmed by Macron's speeches in the Sorbonne and Athens last year.

READ MORE: Off to Berlin! What Points in EU Leadership Macron Can Debate With Merkel

Meeting Macron in Berlin earlier this week to discuss a road map on reforming the EU, Merkel made it clear that one should be prepared to reach compromises when dealing with the matter.

In an address to the 2018 World Economic Forum in Davos, Switzerland in January, Macron said that the EU needs to reform itself this year to be able to compete with big powers like China and the United States, and that "the less ambitious [countries in the EU] should not block the more ambitious in the room." 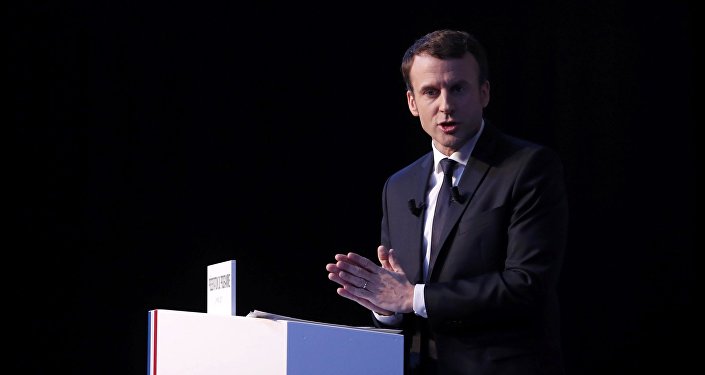 © REUTERS / Christian Hartmann
EU Needs to Reform Itself to Compete With Big Powers - Macron
In a speech in Athens in early September 2017, Macron pledged to lead the EU's "rebuilding" process, claiming that the bloc's "sovereignty, democracy and trust are in danger."

Speaking at the Sorbonne University in Paris later that month,  the French President offered an array of initiatives to overhaul the EU, including the creation of a "military intervention force" and a common military budget by 2020, as well as a European agency to deal with "radical' economic innovations.

The views and opinions expressed by Patrick Martin-Genier are those of the analyst and do not necessarily reflect those of Sputnik.