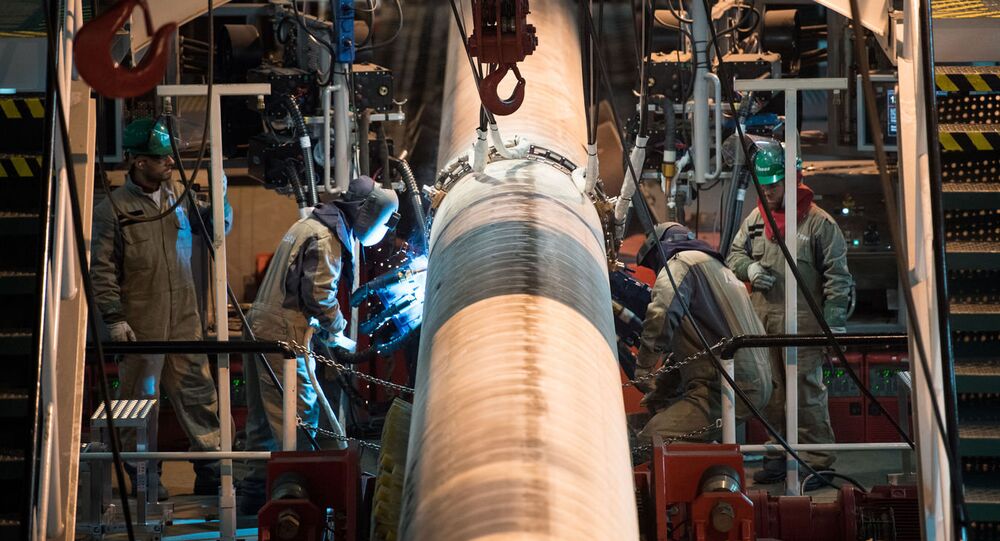 The 7th Global Energy Prize Summit was held on April 18 in Turin, Italy, where top scientists, politicians and experts gathered to discuss vital energy issues. The summit explored the simulation of the energy mix in a future digital world. Sputnik discussed this with Francesco Profumo, the former minister of education and technology innovation.

The Global Energy Prize was established in Russia in 2002 by the Global Energy Association with the support of companies such as Gazprom, FGC UES and Surgutneftegaz. The prize is awarded for research and technological projects that contribute to the growth of energy efficiency, the development of green energy sources and the improvement of the quality of life. The honorees are awarded the Global Energy Prize at the International Economic Forum in St. Petersburg along with a prize of 39 million rubles.

Sputnik: The Global Energy Prize Summit shows the importance of international cooperation in the energy sector; how do you assess the relations between Italy and Russia in this area?

Francesco Profumo: The energy sector and the steel industry account for the majority of Russian investments in Italy. In 2015, energy imports from Russia amounted to 20.4 percent of international imports and 17.2 percent of European imports and exceeded energy imports from Saudi Arabia by 5.55 times. Especially important is the import of gas, in 2015, Italy imported from Russia 45.1 percent of all consumed gas. As for oil, here Russia plays a key role with 15.9 percent of the total supply.

Sputnik: What role will Russian gas play in the European energy market in the coming years? Will it be able to maintain its position in the medium and long term?

Francesco Profumo: Probably, in the future Russian gas will retain its key role in the European market. We can name some current projects that can strengthen Russia's role in the natural gas market. The underwater gas pipeline Nord Stream since 2012 connects Russia and Germany through the Baltic Sea. Nord Stream 2, the construction of which should be completed in 2019, has caused fierce international disputes, as it will further strengthen Europe's energy dependence on Russia. The TurkStream gas pipeline that replaced the South Stream project, will connect Russia with Turkey and Europe bypassing Ukraine. Its length will be 1,090 kilometers, capacity – 31.5 billion cubic meters per year. The TurkStream and the Trans Adriatic Pipeline (TAP), that's under construction, will allow Italy to again become a gas hub for the south of Europe. Another project, the Yamal LNG (liquefied natural gas) plant, is already partially operating. The third and last production line should be launched in 2019. The terminal's capacity is 16.5 million tons per year (5.5 million tons per line). Liquefied gas from this terminal will be exported not only to Asian countries (Japan, South Korea, India), but also to Europe. This terminal was built within the framework of the “One Belt, One Road” initiative (the China National Petroleum Corporation and the Silk Road Fund have a share of 20.0 percent and 9.9 percent respectively in it), and its goal is not only to play a significant strategic role in the export of Russian gas to Asian countries (Japan, South Korea, India), but also subsequently influence the European LNG market.

Pipe Dream? Why Sending Gas to Serbia Via Turkish Stream is a 'Big Question'