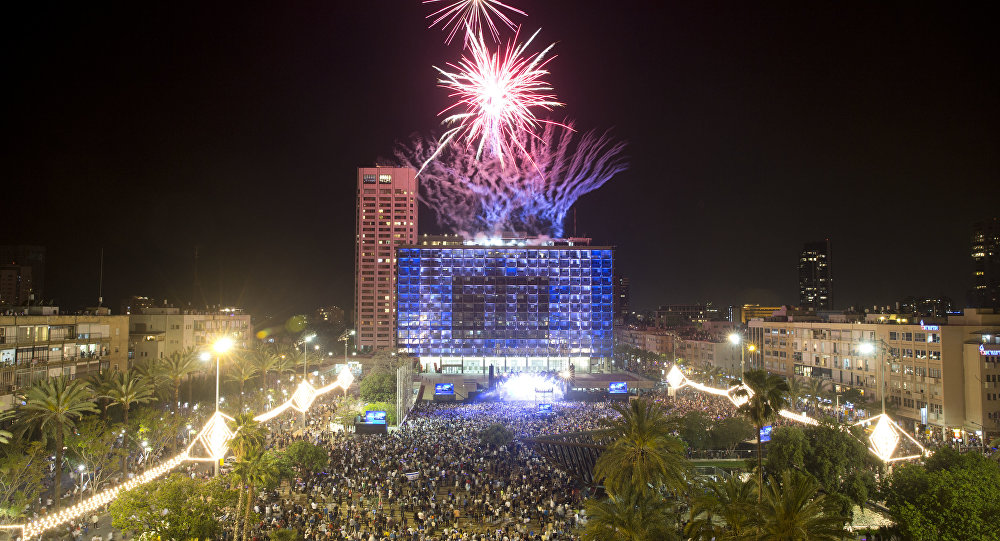 Any anniversary demands retrospection and projection alike - and major milestones, such a platinum anniversary, certainly demand a very high degree of reflection indeed.

So it is that residents of Israel — and the world's Jewish population — are likely to dedicate at least a few hours on April 19, their country's 70th birthday, taking stock of their plucky state's astonishing history.

Some may wish to look even further back than April 1948, to November 1947, when the United Nations was preparing to vote on partitioning Palestine into Jewish and Arab states — the US Central Intelligence Agency wrote to President Harry Truman, urging him not to support the motion. The newly formed spying agency warned a fledgling Jewish state "[would] not be able to hold out no longer than two years."

To say the least, Israel has far exceeded the expectations of all — and the ambitions of its most ardent architects. The ambitions of early Zionists, such as Abba Ahimeir, Sholem Aleichem, Chaim Arlosoroff, and David Ben-Gurion to create a Jewish state were regarded by majority Jewish opinion as fanciful at best, and dangerous lunacy at worst — today, about 43 percent of the world's Jews (6.8 million) reside in Israel, making it the world's largest Jewish community. This population surge has not been purely driven by immigration either — Israel's birthrate is higher than that of any other OECD country.

© AP Photo /
Cabinet Ministers of the new state of Israel are seen on May 14, 1948, at a ceremony at the Tel Aviv Art Museum, marking the creation of the new state
Moreover, in 70 years the country has rapidly progressed from a largely barren desert with nothing to offer the world bar oranges, to a regional economic superpower and major international player in a variety of fields. It's one of the world's key tech hubs, with more companies listed on the NASDAQ stock exchange than any country other than the US itself.

READ MORE: 'Light is Stronger Than Ever': 70 Years of Israel's Statehood in Pictures

It's not only goods and services Israel exports, however — it offers much to the world in terms of culture too. The TV show Fauda has become a worldwide sensation, while other popular national serials — including Homeland - have been remade in the UK and US. Israelis David Grossman and Amos Oz were also among the five 2017 Man Booker prize finalists — Grossman won eventually.

All in all, Israel's history has been typified by success — success made all the more impressive when one considers its miniature size. The country is roughly comparable in dimension to Wales — and its population is smaller than New York City's.

However, even the most patriotic Israelis will surely acknowledge their country's various triumphs have come at quite some cost — to them, their country, their region, and perhaps the wider world.

© REUTERS / Ibraheem Abu Mustafa
A Palestinian man steps on a representation of an Israeli flag as other demonstrators hold crossed out posters of US President Donald Trump and Israeli Prime Minister Benjamin Netanyahu during a protest against the U.S. intention to move its embassy to Jerusalem and to recognize the city of Jerusalem as the capital of Israel, in Rafah in the southern Gaza Strip December 6, 2017.
In particular, Israel's bruising, historic rivalry with the Palestinian people has produced much blood and tears on both sides. In 2018, the struggle appears to have been decided fairly conclusively in Tel Aviv's favor — the country faces virtually no serious international pressure to resolve the issue via a two-state solution, and former regional enemies, such as Saudi Arabia, are crafting ever-warmer relations with Israel. Moreover, the Trump administration has arguably nullified the prospect of Palestinian statehood by moving the US embassy to Jerusalem.

However, digging beneath the surface of this apparently rosy picture raises serious questions about Israel's future. In March, Israeli newspaper Yedioth Aharonoth published assessments of the country's future prospects by six former heads of national spy agency Mossad, under the headline "The country is in grave condition".

One, Nahum Admoni, warned socioeconomic schisms in Israeli society were "greater than at any other time" in history — another, Dani Yatom, even predicted "the end of the Jewish state". Elsewhere, Israeli journalist Bradley Burston suggested Israel is led by "a government of the racist, by the racist, for the racist" — his colleague Chemi Shalev said it was time for liberal Jews in Israel and the US alike to "circle their wagons" against Benjamin Netanyahu's government. 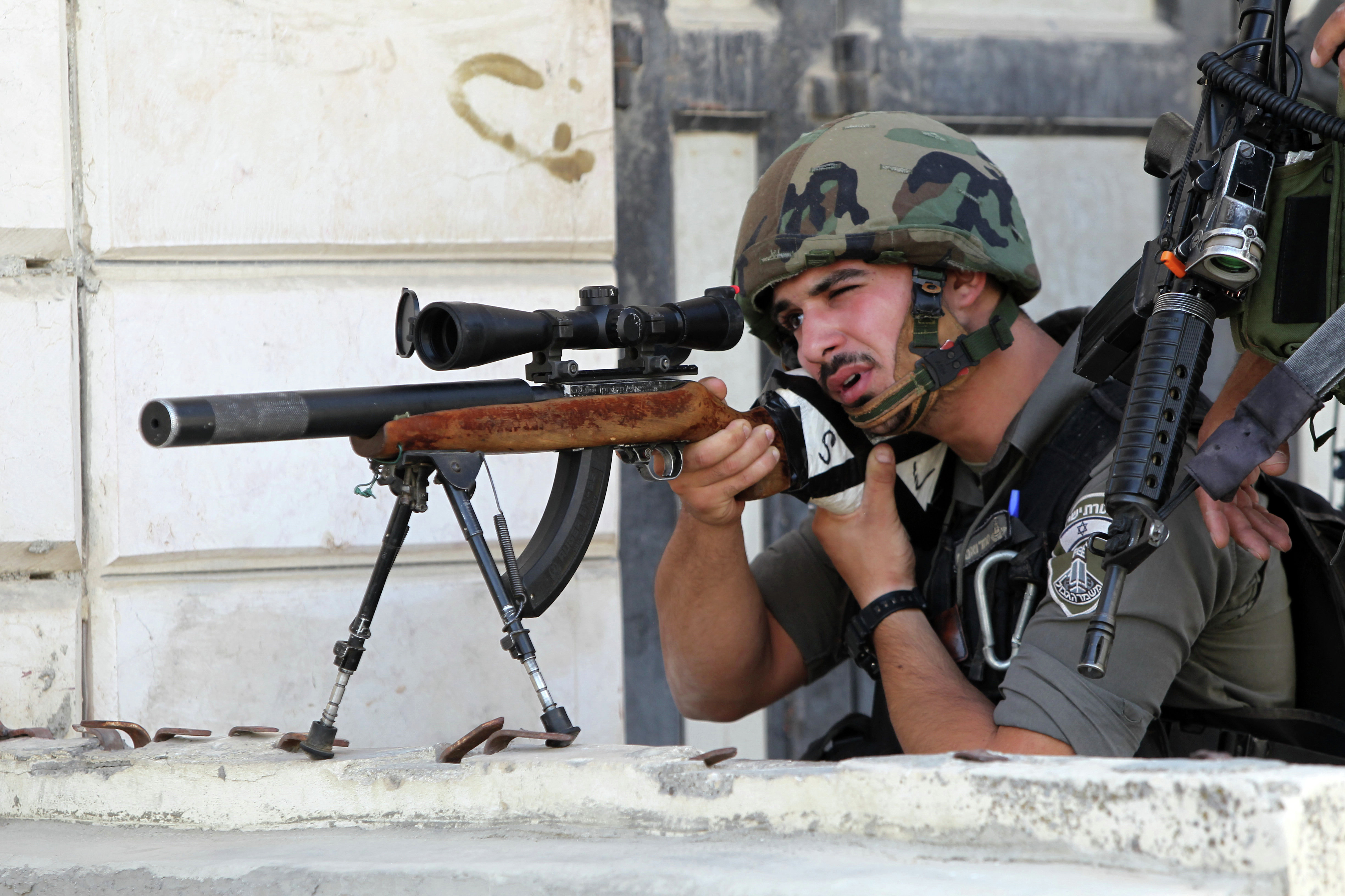 © AFP 2019 / HAZEM BADER
An Israeli border guard aims his sniper rifle during clashes with Palestinian protesters following an anti-Israeli protest after the weekly Friday prayers on September 18, 2015 in the Israeli-controlled area called H2, in the West Bank town of Hebron
In particular, concern has been expressed about the violence perpetrated against protesters, most recently and infamously in Gaza. IDF snipers shooting unarmed protesters dead was widely condemned within and without the country, and led many to suggest the Israeli military has no policy for dealing with passive resistance. Israeli peace activist Uri Avnery has likened this failure to "the British in India and the white racists in the US."

Such events have also served to starkly underline how fragile Israel's international support may in fact be. In the UK, Labour leader Jeremy Corbyn, has demonstrated a consistent willingness to vocally support the Palestinians — and in the US, polls have exposed opposition to Israeli policy is high and rising, particularly among registered Democrats.