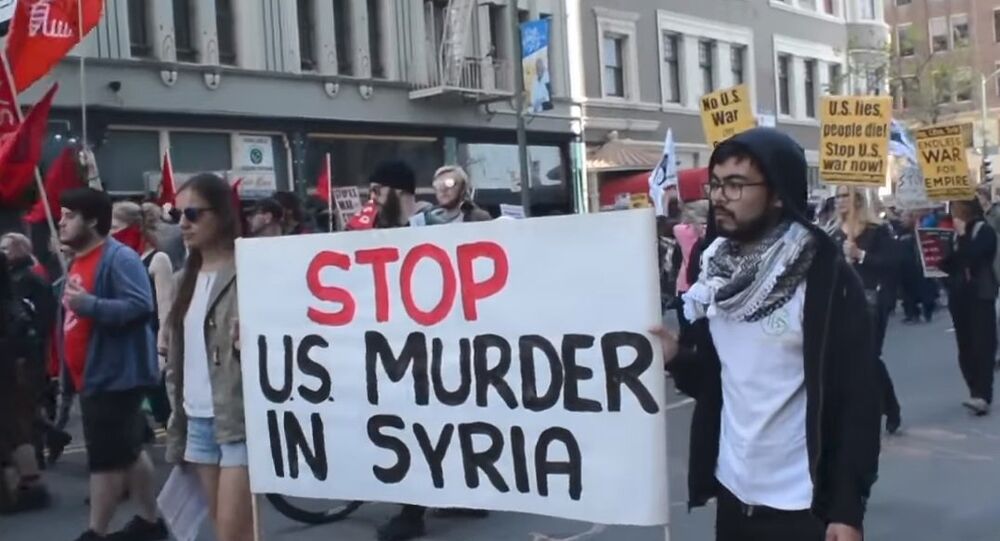 US missiles raining down on Syria last Friday night were fired in violation of not only international legal precedents, but also in flagrant disregard for the United States’ own constitution, a Harvard-trained lawyer and renowned professor of international law told Radio Sputnik Monday.