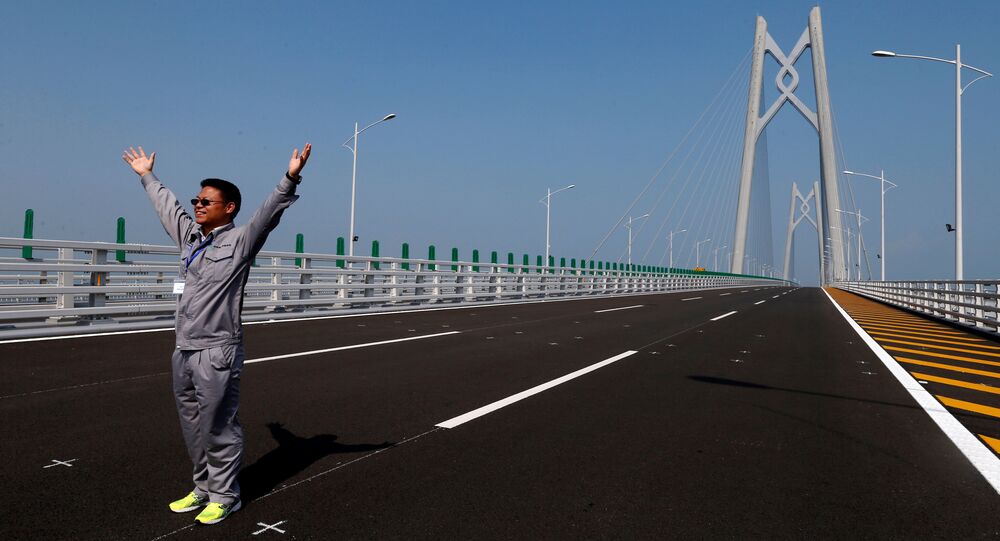 Why Does German Intelligence Feel Threatened by Chinese Businesses?

The German intelligence services believe that takeovers by Chinese technology companies are threatening the national security of the country. The head of the Federal Constitutional Authority, Hans-Georg Maasen, said that with the help of acquisitions, Chinese companies are gaining access to advanced technologies, undermining Germany's economy.

According to Hans-Georg Maasen the German special services were pleasantly surprised that China sharply reduced the scale of industrial espionage in the country. However, it soon became clear that China has instead been obtaining technology legally using liberal German legislation.

As an example, Maasen mentioned the takeover of the German robot manufacturer Kuka, an attempt by the China Electric Grid Corporation to get 20 percent in the German network operator 50Herz, and Geely's acquisition of 10 percent in Daimler.

According to the Ministry of Economy of Germany, the volume of deals by Chinese companies acquiring German companies amounts to $14 billion. In 2015, this figure did not exceed $530 million.

© REUTERS / Kim Kyung-Hoon
China's Central Bank Weighing More Stimulus to Support Economy
The main industries in which there has been a growth in mergers and acquisitions are robotics, automotive, aerospace technology and biomedicine.

Germany is not the first to sound the alarm. In the summer of last year, US President Donald Trump initiated an investigation under Article 301 of the US Trade Act.

However, in both the cases the logic of the allegations is somewhat lame.

After all, Western companies voluntarily accept Chinese investments. It's one thing if intellectual property was obtained by fraud, for example, as a result of industrial espionage.

But in the case of mergers, the companies initially know what they are going for, as business will never voluntarily harm itself. Hence, the Chinese proposals are very attractive and fit into the logic of the development of market relations, Liu Ying, a research fellow at the Institute of Financial Studies at the Chunyang People's University of China, told Sputnik.

“In fact, there is nothing surprising, as it's a healthy close commercial relationship between China and Germany and they have nothing to do with industrial espionage. After all, the purchase of German partners by Chinese companies is also beneficial to the German side: thus, the company receives fresh money and energy. In addition, German companies gain access to the fast-growing Chinese market, and they are very pleased,” Liu Ying said.

© Photo : YouTube / Sputnik
'Love for Motherland Not Crime': Protesters in Germany Demand Border Closure (VIDEO)
According to the specialist, this is becoming a new point of growth in the German economy. The unification of the forces of the two industrial powers only serves the economic growth of both China and Germany.

“There are no negative effects from this. Transnational corporations are buying up assets around the world. Now, after all, price and production chains, supply chains are becoming more global. Therefore, global deployment of production, research and development, sales networks – this is normal practice,” Liu Ying said.

He further said that China’s activity in foreign markets has nothing to do with commercial secrets and technological intelligence. Simply, China has become a global investor.

According to Ying, as international cooperation within the framework of the “One Belt, One Way” initiative strengthens, Chinese enterprises have begun to actively enter the outside world, cooperative with foreign partners and develop localization of production. Naturally, more acquisitions take place.

In his speech at the economic forum in Boao, Xi Jinping spoke as a defender of the free market and mutually beneficial parity trade relations. He reiterated China's policy of further increasing the openness of the Chinese market to the outside world.

For many years, China has been a center of attraction for global investment, all thanks to its openness, Liu Ying said.

The views and opinions expressed by Liu Ying are those of the speaker and do not necessarily reflect Sputnik's position.