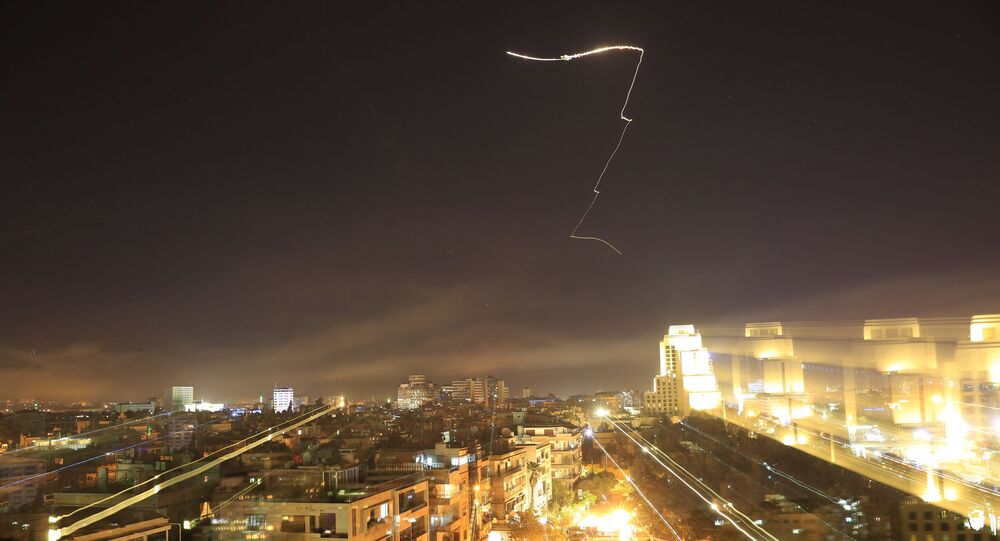 As the US and its allies launched a missile strike against Syria over an alleged chemical attack, Syrian analysts took stock of the situation and voiced their opinions about the state of affairs in the country and abroad.

Syrian analyst Sanan Dib told Sputnik that the missile strike, which he described as "colonialist aggression," was an act of terrorism.

"This barbaric strike was launched without obtaining proper international approval and violates all existing laws," he said, pointing out that the attack was carried out after Damascus agreed to accept any international commission to investigate the alleged chemical weapon incident.

© REUTERS / Leah Millis
#OperationDesertStormy: Trump Schooled on Twitter Over Syria Strike Gloating
Political analyst Abdel Masih al Shami remarked that the United States and Western countries are unlikely to be able to wage a full-scale war against Russia, "especially after Vladimir Putin’s statement about his country possessing an incredibly powerful weapon," which he described as the chief reason for the West’s "current rage."

"The West doesn’t want the Syrian crisis resolved. To their politicians, wars are investment projects. We’ve seen it happen in Libya and Iraq: on one hand, the resources of these countries were plundered, on the other, a lot of weapons got sold to terrorist groups," al Shami said.

Ret. Brigadier General Muri Hamdan also told Sputnik that US President Donald Trump acts like he’s the only person in charge of his country.

"Essentially it turns out that he makes bold statements and members of his administration later contradict them; their chief priority is to save face as best as they can in the process," Hamdan said.

He pointed out that earlier Russia and Syria’s actions put Trump in a delicate situation, as the former two advocated sending an international team to Syria to investigate the alleged chemical weapons attack, while the US opposed this move, making it look like the White House did not want the truth to come to light.

The United States, together with France and the UK, launched a series of missile strikes against a number of locations in Syria over an alleged chemical weapons attack in the city of Douma, which the US leadership blamed on Damascus.

A total of 103 cruise and air-to-surface missiles were launched at targets in Syria by US warships deployed in the Red Sea, tactical planes over the Mediterranean Sea and B-1B bombers from the al-Tanf area, according to the Russian Defense Ministry.