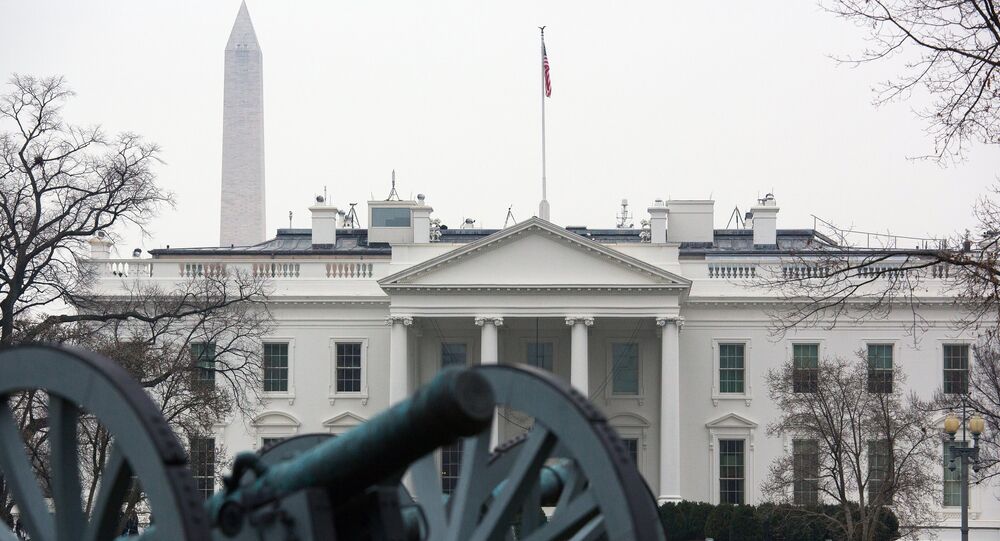 'Whoever is Controlling Washington Appears to Want War' – Journalist

Sputnik: What are your thoughts on the recent comment made by Donald Trump about Russia getting ready for "smart" missiles that will be coming on Syria? What consequences can it have?

Mark Taliano: I am horrified by the actions of the West and I've been disgusted actually for seven-odd years, because the West, we, including Canada, we are the aggressors and we are the ones committing the spree of international crime and we are the ones supporting the terrorists. So we are in the wrong, we have no right to dictate to Russia who is legitimately in Syria, at the request of the Syrian government, and Russia, who is legitimately combating terrorism, unlike our government, which supports terrorism in Syria.

If Trump is threatening a missile strike… are you asking for my thoughts on this? First of all it's based on a ridiculous false flag. If it weren't for the MSM propaganda, any infant could figure that out, because the Syrian government doesn't have chemical weapons and even if it did, it won't use them because Syrian government and its allies are successful in clearing out the terrorists.

© CC0
Common Sense or Crying Havoc? Int'l Community Reacts to Looming US Op in Syria
And every time that their victory is almost assured then we get a false flag, so that the West and its terrorist proxies can rearm and get a pause. So it is a false flag I can almost guarantee, and also I just wrote an article about Tom Dugan, who is in Syria right now. He visited an abandoned factory where they made missiles and mortars and it's all on film and it's in my last article — and all sorts of weapons that they get from the West; we know this, we've seen all the evidence, including chemical weapons. And the terrorists have a track record of actually using poison gas on civilians; they did it in Aleppo and there's no reason why they wouldn't do it anywhere else. And it's the White Helmets which is the propaganda wing of Al-Qaeda and the terrorists.

At Khan Sheikhoun they were the ones who had custody of the crime site, so that was an obvious false flag as well. Seymour Hersh identified it as such, so did Ted Postol. But you can't conduct a solid investigation unless you have a solid chain of custody and that was not the case then. Now will we have a solid chain of custody and a legitimate inspection this time? I'm going to suggest that the West will do anything to prevent that, because I am convinced that there is no substance to the allegation.

The West wants a big pretext to bomb.

Russia has said it will respond; it will shoot these missiles down in Syria. And I believe that they have said they will also attack the source of these missiles. They should, I mean these are incoming missiles, these are aggressor missiles; this is the West waging a war on the sovereign, UN-recognized country of Syria and its legitimate government. Nobody has the right to be injecting terrorists into a sovereign government and waging a regime change war, which they publicly announced in Canada as well, and levying illegal sanctions. Any country that is victimized in such a way has the right to self-defense, and it's protected under international law.

READ MORE: 'If Something Happens in Syria, France Will Join US in War' — Journalist

The countries, on the other hand, including Israel who are launching missiles at Syria; this is not self-defense at all. These are committing a supreme international war crime, they do it with impunity, but that's a separate issue. These are crimes against peace, crimes against humanity. So Russia apparently has advanced technology, so it could in theory shoot down the source of missiles, which could become very dangerous, really dangerous. I hope, everyone slows down and calms down, so I hope nothing happens for the sake of Syria and for all of us, because nuclear war cannot be contained. So I hope calmer heads prevail. I think all the bombastic announcements from Washington and from Trump are totally out of line. It's a very tense situation and I hope calmer heads prevail.

Sputnik: Mr Taliano, Russia noted that a missiles strike by the United States can destroy all evidence of chemical weapons used in Syria. And earlier you said that the West is not interested in a fair investigation of the incident in Douma. Do you think that is why the United States and other Western powers so hastily put the blame on Damascus?

Mark Taliano: Unfortunately, whoever is controlling Washington appears to want war, even though some high ranking generals have said the war is over and that Syria won. Trump should be listening to all those people instead of warmongers like Pompeo or whoever else he appointed. If he is listening to a warmongering CIA person, then possibly the missile will try to eradicate any and all evidence, that's possible. I'm sure Russia is very aware of that. I think Russia has the technology to disrupt incoming missiles, they've done it before.