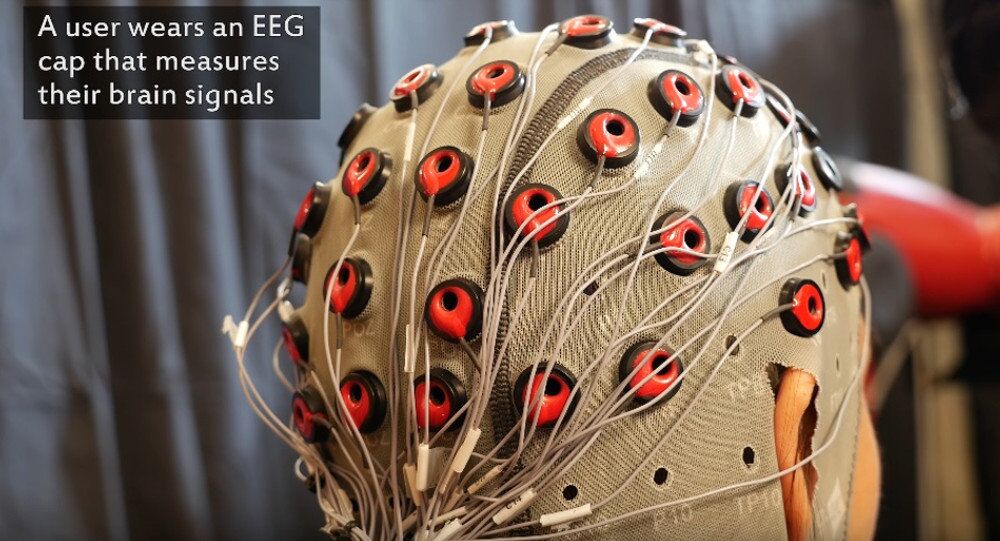 New research released by the Alzheimer's Association and the National Institute on Ageing has proposed that Alzheimer’s disease may be defined by biological signs such as brain changes rather than on clinical symptoms.

The proposed changes would allow companies to test drugs on people before symptoms appear and offer a better chance of intervening before the disease destroys too many brain cells. Radio Sputnik discussed this with Henry Brodaty, Scientia Professor of Ageing and Mental Health at the Centre for Healthy Brain Ageing, University of New South Wales.

Sputnik: Tell us about the significance of this finding and is it just basically a reclassification of what Alzheimer’s is?

Henry Brodaty: It’s been a development that’s been happening over the last decade, so there have been developments of bio markers or biological indicators of Alzheimer’s disease. Previously we could only define Alzheimer’s disease at post mortem by looking at the brain tissue under a microscope. But now there are techniques of imaging the brain using PET scans with special chemicals or lichens that link on to the abnormal proteins that build up in the brain. And then you can see them light up with really hot colors as being evidence of the abnormal protein, the amyloid, building up in the brain.

So that’s only happened about the last decade, in the last few years there’s been the second abnormality that’s now visible on imaging the tair  protein which get phosphorylated, so the phosphorus  get  stuck on to the tair protein which been get the nerve cells all twisted inside and that’s being the second hallmark of the pathology of Alzheimer’s.

The third development has been the analysis of the cerebral spine fluid or the fluid that bathes the brain inside and outside and runs up and down our spinal cord. So there can be access by a spinal tap or lumber puncture and the fluid analyzed and there are abnormalities there in the proteins which are also indicative of Alzheimer’s disease.

And finally there are some genetic, so there’s a rare form of Alzheimer’s that one percent which is autosomal dominant which means that if your parent’s affected, 50 percent of that parent’s children will have the disease. There’s another gene which is much more common in the population which increases the risk that doesn’t definitely cause Alzheimer’s disease.

So with this panoply of bio markers we can be more certain that if you look at these PET scans which image the amyloid protein in the brain, 30 percent of people aged over 65 have that present, they already have the changes which over time will manifest as clinical dementia of the Alzheimer type.

Sputnik: And is it the case that anybody who has these amyloid proteins present will eventually get the disease? Or is there a part of the population that never develops Alzheimer’s despite having these proteins?

Henry Brodaty: That’s a fascinating question. I don’t think we know that yet. It’s probable that we all make some of this amyloid protein as we age, many of us able to clear it from the brain. And so the reason it only  occurs in late age is because some of us are less efficient in clearing it from the brain and so it builds up over time and estimates are that the amyloid is building up over 20 to 30 years before the clinical syndrome becomes apparent.

Sputnik: How exactly is it that we start to accumulate?  What causes the accumulation,  are there factors that we can control to, you know, control our risk of developing Alzheimer’s?

Henry Brodaty: Yes, we don’t know what the first upstream event that leads to accumulation of this amyloid protein. We don’t even know if amyloid protein is the major culprit, it may be a byproduct of whatever’s causing Alzheimer’s disease. We certainly know in those one percent of Alzheimer’s which are clearly inherited in that autosomal dominant fashion, that is the culprit, but it may not be the main driver in the others.

There are number of lifestyle factors which have been associated with the risk of Alzheimer’s, about a third of the population at attributable risk can be accounted for by lifestyle factors that we can do something about. One of these factors is getting a good education, being physically active, not being obese in midlife, not having high blood pressure in midlife, not smoking, not having depression, being socially active and treating cholesterol, treating high blood pressure, so these all things that we can do something about. In the developing world it’s probably more to do with low education, in the developed world it’s more to do with lack of physical activity.

Sputnik: And when we talk about low education is that mean that when you’re educated you’re creating more synapses and that kind of makes you more resistant?

Henry Brodaty: Exactly. So the theory is that we build up cognitive reserve that people who are using their brain more have more complex neural networks in their brain and therefore have a buffer against any pathology that builds up in the brain.

So, it may not be that they are actually stopping the progression of the disease, but that they may be able to compensate for longer so it appears, they get it at later age. The more of these things we can do, the later the age of onset and ideally we would like to delay the age of onset  till after we die. You can do everything right and still get it. This is a risk reduction, it’s not a prevention or it’s a delay in onset. So maybe you do all those things and you’re going to get it, you may get it 5 or 10 years later, because if we do all those things we could reduce the numbers of people in the world with dementia by maybe 10 percent.

For the last 25 years there have been a lot of drug trials for Alzheimer’s, which is the main type of dementia, but not the only type. There are some symptomatic drugs that were developed up to 2002, so they help slow the rate of symptoms, but they don’t stop the underlying disease pathology. But despite many billions of dollars over those last two decades by big pharma. There’s not been a drug to actually slow the pathology or stop the pathology of Alzheimer’s disease.

And the reasoning has been that maybe we’re waiting too long. That if you imagine an iceberg as an analogy of pathology building up in the brain and it builds up over 20 or 30 years before the iceberg breaks the surface becomes visible or as the dementia becomes clinically manifest. Then by that time the 5.42 pathology in the brain that it’s too late for any drugs to have an effect. So the current trials now target people much earlier in the process when they’re on the cusp of developing clinical dementia but have positive bio markers.

The views expressed in this article are solely those of Henry Brodaty and do not necessarily reflect the official position of Sputnik.

Scientific Breakthrough to Aid in the Fight Against Alzheimer's Gene