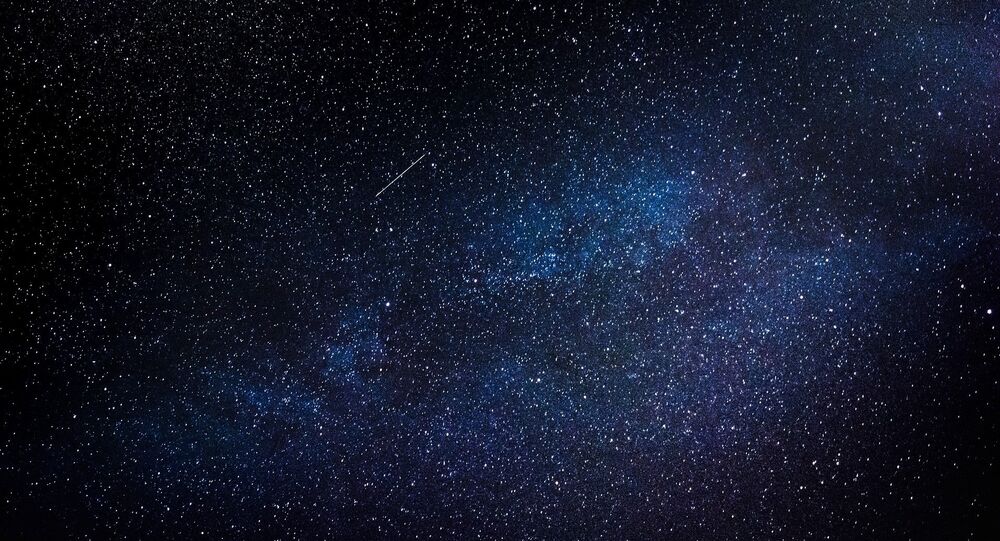 The unexpected rise of astrology-related online ventures began a decade ago in India and continues unabated, with big players now taking interest in the realm. Online magazine Quartz recently calculated India’s spiritual and religious market, including that of astrology, to be worth over $30 billion.

New Delhi (Sputnik): With the advent of new media, astrology, or "Jyotish Vidya," as it is known in India, seems to have caught up with people's imagination across the world like never before and the results are showing on the ground.

New age entrepreneurs, including venture capitalists, are willing to invest time and money to perpetuate the age-old art of predicting and mending the future.

While, veterans in the field say that newer players in the Jyotish business are diluting the Vedic piousness of the "science of astrology," young practitioners say the influx of newer connoisseurs and patrons with skills of reading the future with planetary influences are here to stay, despite criticism — and the fact of the matter is that investors are looking towards astrology as a fertile field.

READ MORE:Venus and Jupiter ‘Kiss’ This Weekend, Next ‘Date’ in 50 Years

The age-old world of astrology in India saw a sudden fillip with the growth of television and new media and business volumes started booming. In a swanky office in the bustling Lakshmi Nagar district center in the capital New Delhi, Pandit K. K. Sharma, popularly known as Jyotish Guru among his patrons, runs the famous Astro Point.

"We started in 2006 with just two days of practice where walk-in clients used to meet us for personal advice. We deal in luck stones, Astro tools, texts, Vedic remedies for bad luck etc. After a while, I started doing shows and used Youtube, Facebook and other social media platforms to reach out to potential clients. Today we are open all seven days a week for people to meet us for advice and most of our sales are done online. Our clients vary from students to big businessmen and quite a lot of international clients too," Pandit K. K. Sharma said in a conversation with Sputnik in between tending to his clients.

© Sputnik / Vladimir Astapkovich
Written in the Stars? Astrologer Predicts Next US President
"It is a personal belief and we are just a medium when we try to help out people in distress and need," he adds. Sharma's upmarket office is frequented by the who's who of trade and business in the Delhi region and people consult him before any big deal for better results, confides a staff in his office without disclosing his name. We were not allowed to take a picture of the office for "privacy reasons."

Though Astro Point has flourished in the last one decade, there are those who have been in the business for generations and enjoying the fruits of renewed interest in astrology, assuring people of a better future.

Away from the posh office, Rajendra Baidik is a street vendor for "precious stones" and he sits on a small carpet laid beside the pavement at the gates of the District Court of Banswara in the western state of Rajasthan.

© Photo : Anjali Mathur
Rajendra Baidik in his roadside enclosures with his assortments on gems and stones

"Mine is a family business and we used to earlier sit along temples and areas where fairs were held. Now, for some years, I have found that people are coming here for litigation in large numbers and they are stressed out. All of my clients have my WhatsApp number and I suggest a specific stone and ring for them as per the situation and face reading from their photographs in advance before they reach me the next day morning. They believe everything will be set right with these stones and I hope so too. There are many who have benefitted from the remedies suggested by me," Baidik told Sputnik.

In India, traditionally the basic school for Vedic astrology was called as Parasara School of astrology, which was named after the last of the Rishis (great sages) of the Vedic age. Even after his period, there were many distinguished scholars of Vedic astrology of which there were two notable eminent astrologers known as Satyacharya and Varaha Mihira. They did a detailed study of astrology and wrote many books, including the widely popular Jataka Parijata and Sarvartha Cintamani. With time, the Vedic astrology saw many modifications and it seems to be in a digital overdrive now.

Times Internet, the digital arm of the leading Indian media house the Times of India, launched Astrospeak, a mobile app for astrological services four years ago.  Many other online platforms, like Monkvyasa and Shubhpuja.com were launched and attracted good traffic and users. Monkvyasa received Kerala's angel investors fund for its inception and was supported by Kerala's Startup Village and TiE Kerala.

The start-ups are competing with the already established players like Astrosage and GaneshaSpeaks, who are now more than a decade old.

Quartz online magazine in a report recently calculated India's spiritual and religious market, including that of astrology, to be over Rs1.9 lakh Crore ($30 billion). The Quartz online magazine ranks GaneshaSpeaks as India's number one astrology portal in terms of visitors. The website claims around 10 million unique users each month and it employs 700 people, of which most of them are astrologers.

Apart from corporate entrants, there are individual practitioners who are making it big with their celebrity clientele and strong online presence. Nandita Pandey is a popular name among Indian politicians and celebrities. She describes herself as "AstroTarotloger, Numerologist, Vaastu consultant, Energy Healer, Past Life Regression Therapist, Spiritual Guide, Life Coach" and works with personal contacts and relies on her portal nanditapandey.biz for reaching out to newer patrons and to showcase her strengths.

"My clients are from various strata of the society. I have prominent VVIPs like political heads from various parties, Bollywood, business houses, socialites, and bureaucrats, coming to me for consultations. They feel that I will be able to provide the right guidance to them. The trust and the faith they have in my readings is immense as most of them approach me through word of mouth recommendations, looking at my portal or after following my prediction accuracy for a long time," Nandita told Sputnik

"There was a prominent Bollywood singer who had come to me and she had to go to Canada. After reading, I told her that her Canada travel may take time and her present relationship was about to end. Within months it was proven correct and she dumped her boyfriend to marry the present husband. There are celebrities who were broke and after following my remedies have bounced back in life," Nandita adds.

Young astrologers like Nandita feel that irrespective of the pessimism, astrology has been able to stand the test of time.

"Astrology in India was always there, will always be there until eternity.  It will continue to grow stronger as we have already entered into the Aquarian age. This means that now onwards, science and metaphysical sciences like Astrology will work parallel and grow leaps and bounds complementing each other in a more amicable environment. No wonder we have healing sessions that run in NASA. Also in the conference on recent research on Mars, NASA had invited astrologers also to speak on the subject," says Nandita

© Flickr / Jennifer Chong
Oregon Town Concerned Astrology Class Could Lead to Baby Sacrifice
Conventional specialists in astrology in India, however, deny that the art of telling the future is as easy and plentiful as it is made out to be. They say it is a science which has to be perfected with time and dedication.

"Astrology is the study of the influence of stars and planets on each individual, for it is said to play a major role in shaping our personality. Astrology aids in discovering the innate power to create each day and design your destiny by merging ancient wisdom with practical living. Astrology reflects the understanding and experience of ancient spiritual teachers," says T.V. Lakshminarsimhiah, thee vice president of All India Federation of Astrologers Societies (AIFAS), to Sputnik.

Beginner astrology is learning how to put together the three parts of astrology: signs, planets, and houses. The planets and houses symbolize our personal energies, strengths, obstacles, and arenas of life. The signs tell us the associated traits; how we use an energy or where. pic.twitter.com/nZfXM7mqrD

Lakshminarsimhiah is an astrology practitioner and a teacher of astrology. To regulate the stream of study AIFAS initiated courses and certification to astrology enthusiasts worldwide and today it has branches in more than a dozen countries. The journal brought out by AIFAS Research Journal of Astrology is quite popular with students of the stream.

"You need decades to master it and except for someone with around 25 years of experience of learning the science of astrology, if someone claims to be an astrologer then I disagree on that. They are bringing a bad name to Indian astrology while making quick money," says Lakshminarsimhiah.

While astrology in India relives its glory, the country continues to remain a place of paradoxes. While the nation rightfully boasts of its IT expertise and being a youthful country of space expertise, most marriages still happen here after matching the birth charts of the bride and the groom. Most people look for an auspicious date and time to perform important tasks. The paradox is so stark that it forced famous Indian academician Professor C. N. R. Rao to publicly question the Indian Space Research Organization's long-held practice of seeking the divine's blessings in the Tirupathi temple before its space missions while asking if the agency believed in superstitions more than its own abilities.