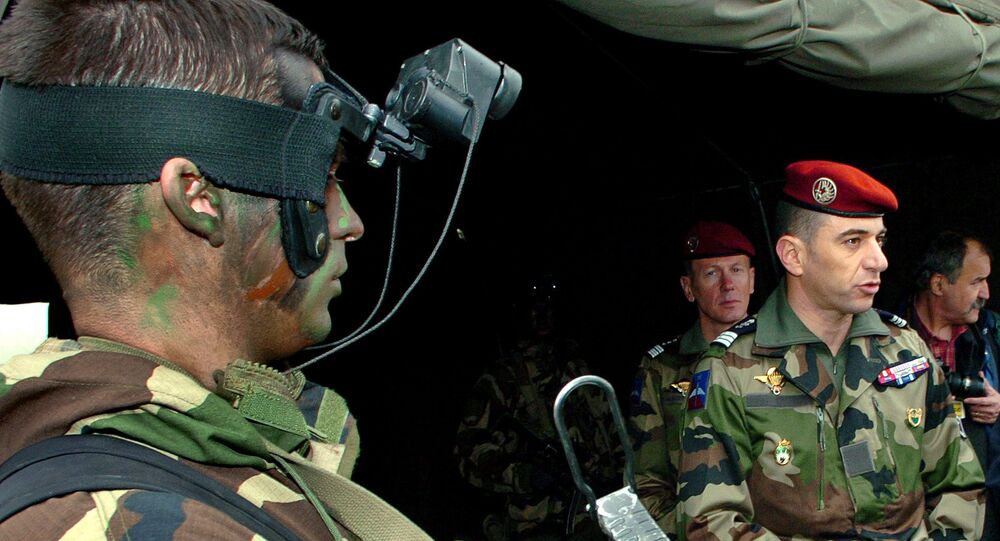 Shortly after a delegation of Syrian Kurdish militia was received by the Elysee, Turkish media released detailed information about alleged French Special Forces positions in northern Syria. The move prompted Paris to ask whether the revelations endangered French troops fighting Daesh and Ankara to accuse the French of supporting "terrorists."

It's worth keeping in mind, according to the officer, that the Kurds were among the first to join the fight against Daesh in Syria, "while Turkey entered this fight quite late."

© AP Photo / Hussein Malla
PHOTOS Allegedly Show US Special Forces Deployed in Northern Syria
As far as the purpose of France's military mission in Syria is concerned, the senior officer said that although "President Macron clearly declared his support for the Kurds in general, new operations were not planned. In any case, the units operating there are special forces, and their positions and actions are never disclosed," he added.

In an official statement released to the press following his meeting with representatives from the Syrian Democratic Forces late last month, President Macron guaranteed the militia French support in stabilizing the security zone in northeastern Syria. Shortly thereafter, the state-run Anadolu news agency released details about five bases across Syria where it said French troops were based.

Citing "reliable local sources," Anadolu reported that 70 Special Forces troops, as well as 30 paratroopers from the 1st Marine Infantry Parachute Regiment and the No. 10 Air Parachute Commando unit, were deployed across northern Syria. The leak was the second following Anadolu's revelations last July about American and French Special Forces units operating in the war-torn country.

According to Trinquand, Anadolu was wrong in its decision to publish the information, and the leak signals the difference between the French position on the Kurds as "faithful allies who have helped in the fight against Daesh" and that of Ankara.

© AP Photo / Hussein Malla
US, French, British Forces Beefing Up Presence in Manbij – Kurdish Commanders
On March 31, Turkish President Recep Tayyip Erdogan said he was "saddened" by France's decision to support the Syrian Kurdish militia. Deputy Prime Minister Bekir Bozdag went further, threatening Paris and saying that "those who engage in cooperation and show solidarity with terrorist organizations against Turkey will like the terrorists become a target for Turkey." Turkish Defense Minister Nurettin Canikli, meanwhile, called France's deployment to the country an "invasion."

Turkey considers the majority-Kurdish Syrian Democratic Forces' People's Protection Units a terrorist group affiliated with the Turkish Kurdistan Workers Party militia and has waged a military operation codenamed Operation Olive Branch in northwest Syria since January. France maintains that its support for the Kurds is limited to the fight against Daesh. The US and the UK, two more of Ankara's NATO allies, have also deployed troops to northern Syria and have been beefing up their presence in recent weeks.

French Foreign Minister Due in Moscow Next Tuesday for Syria Talks