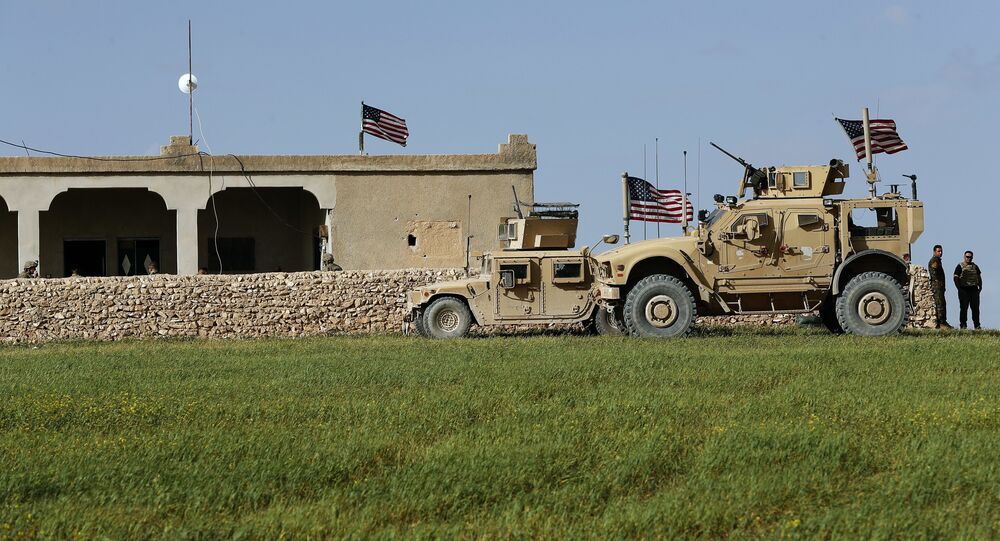 Speaking to Sputnik, representatives of the Syrian Democratic Forces (SDF) and the self-proclaimed Democratic Federation of Northern Syria (Rojava) confirmed that the US-led coalition has been increasing its presence in Manbij, with a US, French and British military contingent being deployed in the region.

"The United States and France have increased the number of their military in Manbij following Turkey's statements," Helil Bozi, the commander of the Military Council of Manbij of the Syrian Democratic Forces (SDF), told Sputnik Turkey, adding that the British military is also positioned in the region.

The commander underscored that Turkey has not found a compromise with the US on Manbij: "In case Turkey reached an agreement with the US, the latter would not provide Manbij with military supplies and beef up its presence there."

"For its part, the Military Council of Manbij is determined to maintain resistance in the event of an attack and protect its territories to the last drop of our blood," Bozi emphasized.

© AFP 2020 / Delil SOULEIMAN
Bone of Contention: Why US, France Reportedly Dispatch Their Troops to Manbij
Speaking to Sputnik, Rezan Gulo, the defense minister of the Kurdish canton of Jazire of the self-proclaimed Democratic Federation of Northern Syria (Rojava) confirmed the presence of US, French and British troops in the region.

"The military contingent of the US, Britain and France is located not only in Manbij but also in Tell Abyad, Deir ez-Zor, Raqqa and Tabqa within the framework of the [US-led] coalition's assistance [to the SDF]. The coalition forces are increasing their presence throughout northern Syria," Gulo specified.

Earlier, Anadolu Agency reported that the US had started beefing up its presence in the Manbij region since April 1.

The media outlet specified, citing "trustworthy sources" on the ground, that the US has established two bases in the region with one "located eight kilometers (4.9 miles) from Sajur River" which forms the natural frontline between the area controlled by the Turkish forces and that held by the SDF, and the other "being built four km (2.4 mi) from the frontline, south of Dadat."

© AP Photo / APTV
US Forces Leave Parts of Syria's Raqqa, French Troops Set to Move In - Reports
The Turkish media pointed out that the additional contingent of US troops had started to patrol the Sajur River shore on a daily basis, apparently in response to Turkey's earlier threats of a potential offensive.

Meanwhile, the Kurdistan 24 news agency reported on April 3 that French military personnel had been deployed in the Manbij region following President Emmanuel Macron's March 29 vow to provide the SDF with military and humanitarian support.

Earlier, on March 28, on the heels of the seizure of Afrin, which had been previously controlled by the SDF, Turkey's National Security Council announced that Ankara was ready to expand its Operation Olive Branch, launched on January 20, 2018, towards Manbij in case the US-backed Kurdish militia did not withdraw from the region.

"In the meeting, it is stated that the terrorists in Manbij should be removed from the area, otherwise Turkey will not hesitate to take initiative by itself as it did in other regions," the official statement said.