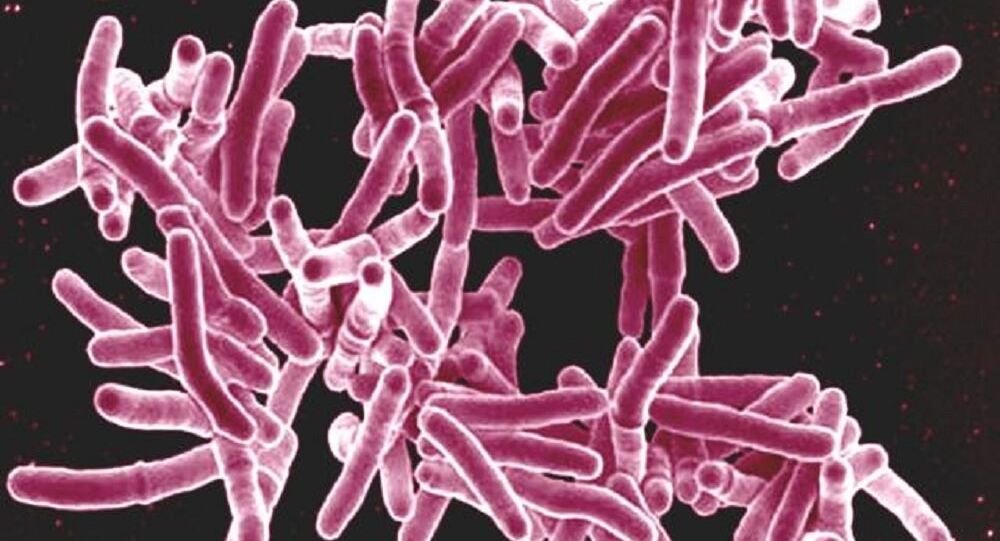 BRUSSELS (Sputnik) - Tuberculosis is not a problem of the past and needs to be further studied, amid growing concern about drug-resistant strains of the disease, but an epidemic, like centuries earlier, is unlikely in Europe, experts told Sputnik.

The number of new TB patients has been decreasing at 4.3 percent annually in the last 10 years in Europe, but this rate is still not enough to fully stop the epidemic by 2030, the European Center for Disease Prevention and Control (ECDC) and the WHO Regional Office for Europe said in a joint report, issued ahead of March 24, the World TB Day.

The report also showed a worrying trend for the increase of the cases of drug-resistant TB, MDR-TB, that resists multiple drugs, and an even more severe strain, XDR-TB. The countries in the WHO European region registered 5,000 cases of XDR-TB, but only about a third of such patients were cured.

A tuberculosis diagnosis may not be a death sentence it once was, but the threat should not be underestimated.

"People often do not even understand why I am investigating tuberculosis. They think that TB no longer exists. We are developing vaccines, but vaccines are not a miracle cure. They prevent new infections, but with an active infection there is often more wrong and the human immune system cannot always do the job alone. In those cases antibiotics are still needed," Tom Ottenhoff, Professor of Immunology at Leiden University in the Netherlands, told Sputnik.

The treatment may be particularly difficult in HIV patients, who often succumb to TB, as their embattled immune system may react badly to a combination of a anti-TB vaccine and antibiotics, the scientist said.

Dr. Prof. Wilbert Bitter, a specialist in molecular and medical microbiology at VU University Amsterdam, does not believe that a repeat of the 19th century epidemic of TB is threatening the Europe of today.

"In the 19th century hygiene conditions in cities were much worse. There were plenty of dirt-poor people, housing was bad and humid. There were few doctors in the worse areas, etc … The population is in much better shape today with good medical coverage, but what we fear is a slow epidemic," Bitter told Sputnik.

Europe is relatively far from the areas that suffer the most from tuberculosis at the moment, such as sub-Saharan Africa or India, the expert added.

"But what is worrying is that there is a much closer threat: Ukraine, which has seen a worsening of the hygiene conditions, and the Baltic states threaten Eastern Europe, with strands of the bacteria which are resistant to all drugs," Bitter said.

At the same time, Europe has experienced in the last few years a steady influx of migrants and refugees, many of them from the areas where TB remains a serious threat.

© AFP 2020 / BRENDAN SMIALOWSKI
No More Tuberculosis! Russian Firm Creates Breakthrough Anti-TB Drug
"The Syrian refugees don’t have a higher occurrence of TB than European populations. Before the war erupted, the sanitary situation was not bad in Syria. Moreover, the controls upon arrival of the asylum seekers are good and repeated after some time. For Sub-Saharan Africa, the situation is different. TB is endemic and many of the migrants carry the disease," the expert explained.

Bitter's laboratory is involved in the identification of new active chemical compounds, and they are successful. New vaccines and antibiotics are being developed, new drugs are in the pipeline.

It is important to keep up investment in research and development in order to control the spread of TB and be one step ahead of the mutations, the expert said.

Indian Tuberculosis Test Kit to Cut Cost and Time by 50%

Patient With Drug Resistant Tuberculosis Isolated at US Heath Facility