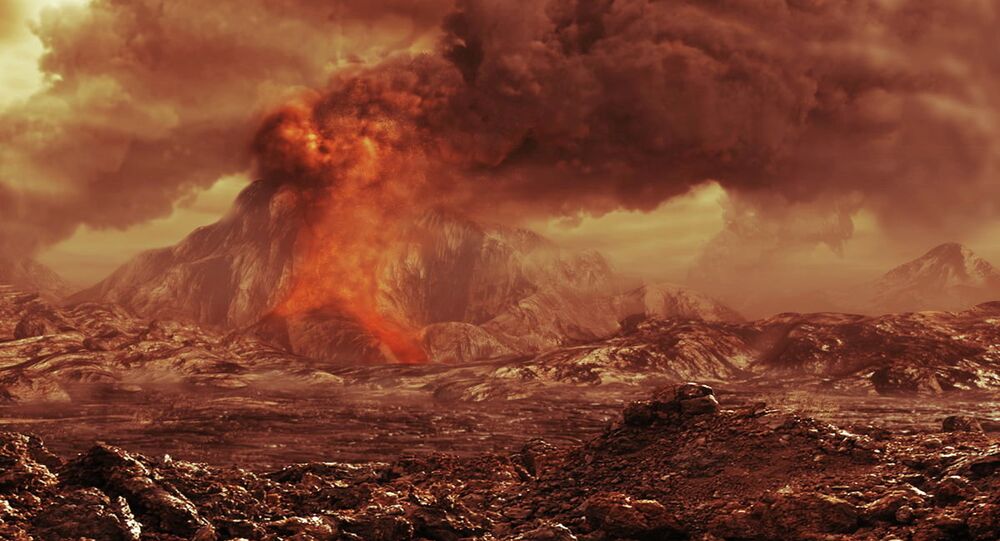 Researchers in California said that the chemical and physical properties, as well as moderate temperatures and pressure on Venus could support the assumption that it may host life. Sputnik spoke to Rakesh Mogul, professor of biological chemistry at California State Polytechnic University, Pomona to find out more about the mysterious planet.

Sputnik: Scientists have been looking into the possibility of Venus clouds holding life since the 1960’s, how is it that these patches weren’t discovered before?

Rakesh Mogul: The patches have been observed and known for some time. Our work, in many ways, reintroduced the idea of life in Venus’ cloud, and showed that the physical and spectral properties of the aerosols in the dark patches are relatively similar to the aerosols on Earth, especially those that contain microorganisms.

Sputnik: Venus is known for its harsh temperatures and pressures, how is it that there is any type of life on the planet?

Rakesh Mogul: The surface of Venus is indeed much to harsh for Earth-type life.  Rather, we postulate, as others have, that life migrated, as a result of selective (biological) pressures, to the comfortable lower cloud region as the surface of Venus became inhospitable.  When considering Earth-type life, the lower clouds have very reasonable temperatures (~60˚C) and pressures (~1 atm).

© Photo : ESA/MPS/DLR/IDA
Mysterious Clouds: Venus' Sky Could Harbor Alien Life – Study
Sputnik: The way to test Venus for signs of life is to take sample the planet’s clouds, is that something that is on the agenda? How will it happen?

Rakesh Mogul: I don’t think there are any active plans to sample Venus clouds; as such, we are hoping to stir excitement about Venus, and to hopefully spark the development of Venus exploration in terms of habitability, as has been done for Mars.

Sputnik: So far the work has been theoretical, but if there is life on Venus, how significant would that discovery be?

Rakesh Mogul: Finding life or evidence of life on Venus (or elsewhere in the solar system) would be monumental for science and society. Is Earth really that unique? We won’t know that answer until we start actively looking for life.

Sputnik: If some sort of life is found on Venus, do you think there’s a chance that other planets in our solar system may also be hosting life forms?

Rakesh Mogul: Definitely, finding evidence of life on Venus would clearly increase the odds of finding life (or evidence of life) on Mars, Europa, Enceladus, and other places like Titan.