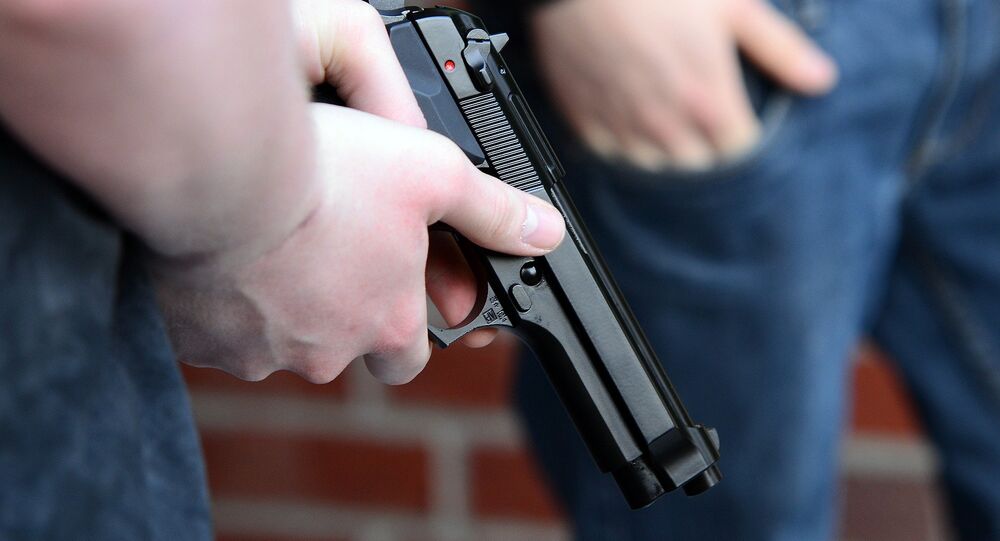 US President Donald Trump has said that the Second Amendment - the right to keep and bear arms - "will never be repealed," after retired Supreme Court Justice John Paul Stevens called for just that.

Sputnik discussed the issue with Stephen Halbrook, a senior fellow with the Independent Institute and author of the new book "Gun Control in Nazi-Occupied France."

Sputnik: Some analysts have said that taking guns away from law-abiding citizens will not solve America's gun problem, including mass shootings, what are your thoughts on that?

Stephen Halbrook: Ordinary people, law-abiding people that have guns do not commit crimes and taking their guns away would not do anything to solve the problem. Each time this happens, each time we have a mass shooting you can look at the causes like in the Parkland, Florida case, you had the problem that this individual, the murderer was brought to the attention of law-enforcement, he made threats to do exactly what he did; the FBI, the local sheriffs, nobody did anything about it, nobody did anything to prevent this mass shooting. What we need to focus on is making sure people like that are either incarcerated or committed to a mental institution, they're taken off the streets and do not have access to guns.

READ MORE: Trump: Second Amendment Will Never Be Repealed in US

Sputnik: And what do you say to the people who say that the Second Amendment is not the problem, it's the semi-automatic weapons because people aged 18 can buy rifles?

Stephen Halbrook: The problem is any kind of weapon in the hands of a criminal or an insane person, the problem is not one particular type of weapon in the hands of a law-abiding person. Most firearms today are semi-automatic and it would be totally unrealistic to say that the government will confiscate all of those guns, and the fact is that the kind of person who commits these crimes can commit the same kind of crimes by starting fires, by using explosives, by using automobiles like we saw in the terrorist attack in Nice, France, so there are all kinds of ways that bad people can do bad things. That's what we need to focus on is the bad people and not the law-abiding people.

Sputnik: After John Paul Stevens released his essay where he talked about repealing the Second Amendment many experts have pointed out that such a move can backfire on gun-control advocates and holds the gun control movement back would you agree with that?

Stephen Halbrook: Absolutely yes, what has happened here is that the former Justice Stevens is actually being very honest about the goals of many in the gun control movement, they really would like to repeal the Second Amendment so that there would be no legal protection for a citizen to own a gun. The people who want to have gun control enacted, however, that does not meet their interests because it exposes the ultimate goal, at least in the minds of those who oppose gun control, so yes, it does demonstrate what Justice Stevens has thought all along, he never did like the Second Amendment, but it's totally unrealistic to think that the country will get rid of something that's been in our constitution since the year 1791.

Sputnik: Many of the students who took part in the march across the country said that they were going for a compromise, do you think it's likely that one will be reached?

Stephen Halbrook: Well it depends on what specific laws would be enacted, because what I've heard in the speeches in these marches, what they call compromise, those are not compromises at all, they are simply bans on law-abiding citizens possession of guns; there is no give-and-take, everything is one-sided. What is happening, what has happened already is, for example, is Congress passed the what's called the Fix NICS law which beefs-up and makes stronger the background checks, so that if a person has committed crimes in the past, it will be known when they try to purchase a firearm because we have a background check system any time a person tries to buy a gun from a licensed dealer. In the case of the Florida shooter and in the case of the Texas church shooter a few weeks ago, we had the same problem where the background checks should've had the information that the person should not have been able to buy a gun.

Sputnik: What about semi-automatic weapons, how high are the chances that these will be banned or guns with devices that allowed to shoot faster?

Sputnik: Let's say you, and not Donald Trump, beat Hillary Clinton in the 2016 presidential race what would you have done to ultimately solve the gun issue?

If you've committed crimes in the past or you've ever been committed to a mental institution because you pose a danger to yourself and other people, those records need to be in the background checks system.

This is not controversial, everybody supports that idea, so we have some common ground here. We don't have common ground with proposals to ban guns that millions of Americans possess lawfully, that's not going to happen, but we can do more of is to ensure that people who are prohibited of getting guns don't get them.

The views and opinions expressed by Stephen Halbrook are those of the speaker and do not necessarily reflect those of Sputnik.