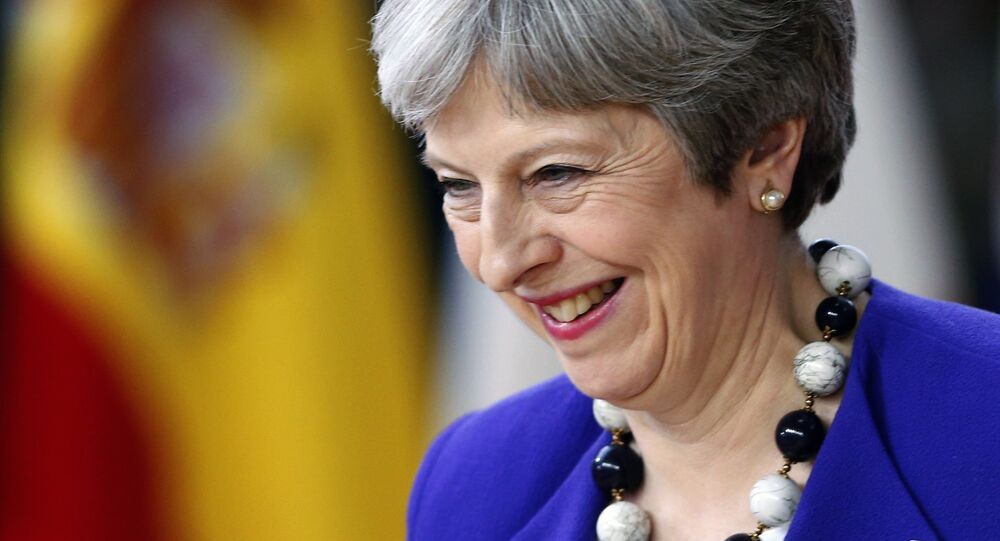 On March 29, 2019, the UK will formally leave the EU and enter a 21-month transition period during which much of the current arrangements will continue before the final permanent post-membership relationship is due to kick in. With a year to go until the Brexit deadline, the UK Prime Minister is urging Britain to remain united.

Sputnik spoke to Member of the European Parliament Janice Atkinson about this tour by Theresa May and the future of the Brexit negotiations.

Sputnik: What do you make of the tour by the Prime Minister?

Janice Atkinson: It’s a PR stunt before the Easter weekend, we’ve got one year till our national liberation day, what is she trying to say, that she hasn’t already said and nobody understands what she wants because we don’t know what she wants from the negotiations. Now she’s basically signed us up to be a vassal state for the next two years, we MEP’s leave and that’s an utter backlash against Nigel Farage, UKIP and people like us who campaigned to leave the EU. Now we’ll be paying over the money without any say over the laws, still, under the jurisdiction of European Court of Justice, she’s given away fishing rights and we’ve still got free movement of people, so I don’t know what she’s trying to do today.

Sputnik: With a year to go, what challenges will the negotiations face between now and the deadline?

© AP Photo / Matt Dunham
Brexit Supporters Worry Over Deal With EU After Year of Talks
Janice Atkinson: I can’t see her negotiating because what she wanted from the word go was a special enclosed relationship and that was the green light for the EU to say we have one. What we should have done when we voted to leave in 2016 we should have gone to the World Trade Organization rules and we could have had trade agreements with Australia, the US, she should have been bolder. We’ve got our commonwealth partners queuing up to trade with us, I think one of the most hardworking people in government has been Liam Fox, he’s been traveling the world twice over, we’ve got Australia queuing up and other Commonwealth countries and that’s something we should have been looking at and not something she could cobble together that nobody seems to be happy with across the UK.

Sputnik: Is this tour just the Prime Minister getting home nations on the side or is this still going to be an issue?

© Sputnik / Vladimir Pesnya
UK Parliament Must Be Able to Stop a 'Hard Brexit' – Shadow Brexit Minister
Janice Atkinson: We are the United Kingdom, so it doesn’t matter that Nicola Sturgeon stamps her feet and what she wants or the minority of Plaid Cymru want, the majority of this country voted to leave and so did Wales. The DUP are in government with Theresa May, they want to leave so I think we can get a deal. Let’s not forget whose causing the trouble here, it’s Sinn Fein, the IRA that sit in the European Parliament with the communists and the hard left and they’re the people causing the trouble, so the issue with the Northern Irish border hase been caused by Sinn Fein and Guy Verhofstadt, it’s quite reasonable to have a computerized system, the EU is against this, that’s because they don’t have a digital economy, we have, we lead Europe, we are one of the leaders of the world in computerized systems, so if we can’t produce one I don’t know who can. It’s a manufactured argument that we didn’t need to have and the only time that will fail is if the IRA takes up their guns again.