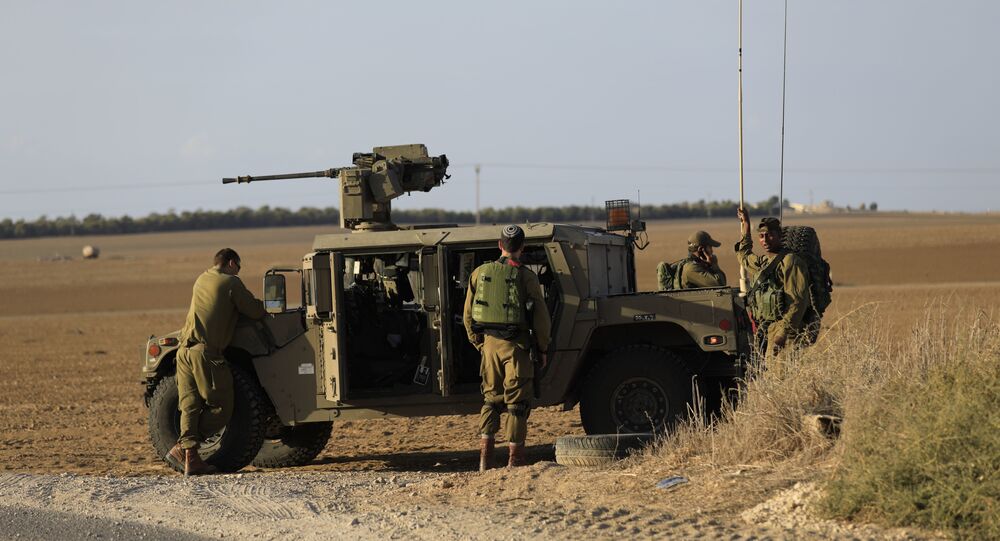 Palestinian organizers of the Land Day march, which took place in Gaza today, previously told reporters that the event would not turn violent. However, the mass protest, which saw rubber-coated steel pellets and tear gas being used, left twelve Palestinians killed and about a thousand wounded.

Dr. Kobi Michael, senior research fellow at the Institute for National Security Studies at Tel Aviv University and former deputy director general and head of the Palestinian desk at the Ministry for Strategic Affairs, has given his take on the event.

Sputnik: What aims do the Palestinians hope to achieve by holding this event?

Dr. Kobi Michael: What we see here, in a paradoxical manner, is a sort of articulation or reflection of a very successful Israeli deterrence, because Hamas, which is behind this march actually understood that they have lost the efficiency and effectiveness of their rockets and the missiles due to the defense systems that Israel has developed.

The terror tunnels, on the attacking tunnels, are inefficient as well, because Israel is already [establishing] new facilities along the borders that will destroy all the tunnels.

They have no other military capacities for the time being and they have to develop such a capacity. For the time being, they ride the back of the tiger when they actually took the responsibility for the organization of this march, or "non-violent protest."

© AP Photo / Ariel Schalit
Israel Targets Hamas Sites With Tank Fire, Airstrikes Amid Violent Gaza Protests (VIDEO)
It was not initiated by Hamas, Hamas understood that they have to organize it, because it was something that was echoed in the Palestinian Strip.

I think that Hamas is trying to build a sort of attention towards the Nakba Day. I am not sure that they have an interest that too many Palestinians will be wounded or killed, but they will not feel very sorry about it, because in a very cynical manner, it plays into their hands – at least this is what they think.

Sputnik: What’s the Israeli stance on what this march is commemorating?

Dr. Kobi Michael: Most of Israelis understand that this is an outcome of a very, very deep frustration among the Palestinians. Abu Mazen [Mahmoud Abbas] is actually in his last stage.

Sputnik: Are there reports now of people having crossed the fence, of the protesters using violence?

Dr. Kobi Michael: Nobody has succeeded in crossing the fence itself. This is the reason that the IDF is deployed there with large capacities, with many, many soldiers and equipment. Israel and the IDF won’t allow a single Palestinian to cross the border and to enter the sovereign territory of the state of Israel and I think that Israel has declared publicly in a very strict and clear manner: as long as the protest is non-violent and as long as it is conducted as Hamas promised, then they can protest, they can demonstrate and they can do whatever they want – it is their territory and they have the freedom of movement.