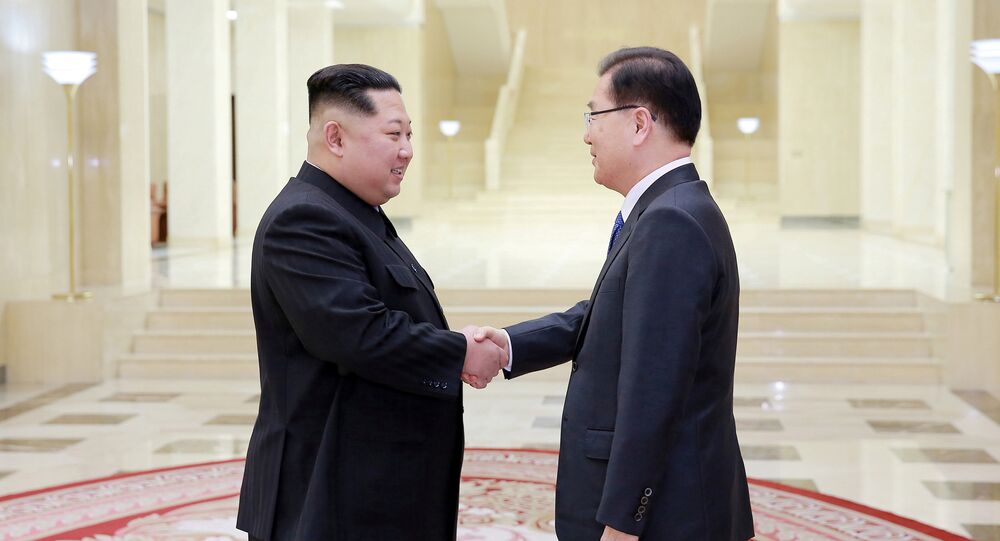 The leaders of North and South Korea will hold their first summit in more than a decade on the 27th of April, this news comes after China’s President Xi met with his North Korean counterpart Kim Jong-un in Beijing earlier this week.

With this landmark moment in contemporary diplomatic relations between the two Koreas finally on the cards, there is increasing speculation that talks with the US could soon follow, with the ultimate aim being to stabilise the tense nuclear situation that has unfolded over the past year. Sputnik spoke with Dr Zhingyuang Yin, Lecturer of Chinese and Asia studies at the University Of Exeter for more insights into the issue.

Sputnik: How significant will the upcoming North-South Korea summit be?

Dr. Zhingyuang Yin: Generally speaking North and South Korea discussions have focused on reunification, denuclearisation, so I think these will continue to be discussed as usual. Given that this will happen in the aftermath of Kim Jon-un’s visit to China, and the Winter Olympics, the upcoming discussion will most likely be a good success, at least as a public event it will create a positive image for the future.

Sputnik: Do the US and South Korea share the same stance towards North Korea?

Dr. Zhingyuang Yin: In any sort of international discussion, concessions need to be made and since Trump came into office, the US has taken quite a hard line towards the North Korean issue and it seems like they are desperately trying to prove to the world that they still call the shots in the region.

The North Korean visit to China, suggests China plays a more significant role in East Asia than the US, so yes the US will probably enter discussions with North Korea and will maintain a de-facto hard line stance, but I personally believe that they will play less and less of a role as negotiations progress.

The vital interest of South Korea: reunification of the peninsula, has for a long time been shared by the North, as has the strong nationalist sentiment and the desire to get rid of the US military in the Korean peninsula. The South definitely wants similar things to the North, which is not necessarily in line with US interests.

The views and opinions expressed by Dr Zhingyuang Yin are those of the speaker and do not necessarily reflect those of Sputnik.

Ex-State Department Official: US-DPRK Summit Could Fail 'Because of Trump'