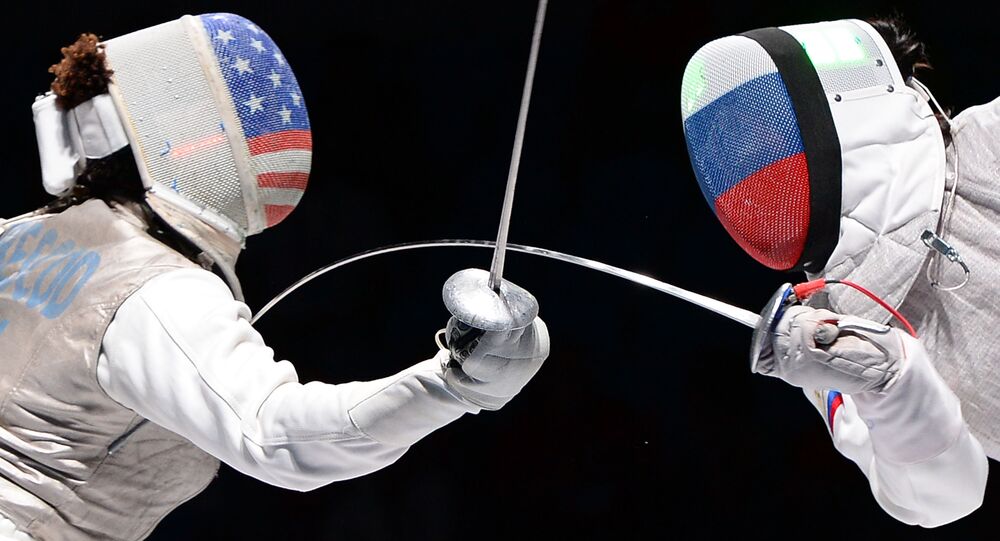 WASHINGTON (Sputnik) - The moves by the United States and its allies to expel more than 150 Russian diplomats before thoroughly investigating the poisoning of former double spy Sergei Skripal and his daughter mark a major deterioration in relations with Moscow in the direction of open war, analysts told Sputnik

"Those who thought that US-Russian relations couldn't possibly get any worse have been proven wrong again," University of Rhode Island Professor of Peace Studies Nicolai Petro said. "This moves us yet another step closer to open warfare."

More than 25 countries, including the United States and United Kingdom have expelled more than 150 Russian diplomats in response to the alleged nerve agent attack against Skripal and his daughter Yulia in Salisbury, England, earlier this month.

Britain and other Western countries blame Russia for the attack.

Russia has strongly rejected the accusations and offered assistance in the investigation. However, Moscow's request for samples of the chemical substance used to poison the Skripals has been rejected.

The expulsions appear to have been undertaken purely as expressions of hostility and contempt toward Russia and are part of no discernible strategy by the Trump administration, the UK government or their allies, Petro pointed out.

"That is the odd thing. There is no strategy. There is no evidence of any attempt at conflict resolution. Instead, outright bigotry against ‘the Russians’ is being celebrated," he said.

© REUTERS / Toby Melville/Pool
Expulsion of Russian Diplomats is Part of Demonization of Russia - Scholar
Petro described UK Foreign Secretary Boris Johnson comment about "the obvious Russian-ness" of allegedly using the nerve agent in the attack on Skripal, a remark the professor described as "disgusting."

Petro also described the comments of former CIA Clandestine Service chief Michael Sulick that "The Russians only understand one thing — when the boot is on their neck, and you keep pressing down" as "equally revolting." Petro said Russians would find the comments reminiscent of Nazi racism.

"Sulick may not be aware of this, but his words are almost verbatim from the Nazi occupation of the Soviet Union, and will evoke vivid memories among Russians," he said.

Petro warned that President Donald Trump and UK Prime Minister Theresa May appeared to have given no consideration to the dangers of full-scale war that their actions would unleash.

"There is no indication of any awareness that pushing an opponent into a corner guarantees an escalation of tensions, and that such an escalation, if unchecked, must lead to war," he said.

Current Western policies were the antithesis of statesmanship and diplomacy, Petro assessed.

"If I were not living through them, I would never have believed such short-sightedness on the part of the West would be possible," he said.

US Security Receives No Benefit From Expelling Diplomats

Former US Air Force officer and analyst Lieutenant Colonel Karen Kwiatkowski expressed skepticism that the expulsions would improve US and Western security in any way.

"[M]ost of the news today is how information … is being collected en masse by the US government directly or by our social media and software service providers. For this reason, I see this more as a public drama rather than a meaningful act to improve security by the US government," Kwiatkowski said.

© AFP 2021 / Elvis Barukic
Austria Ready to Mediate Between Russia, West Over Skripal Case
The Skripal poisoning incident in the United Kingdom, while being widely and publicly blamed on the Russian government, has not yet been fully investigated, Kwiatkowski pointed out.

The behavior of the Western politicians in this investigation reminds observers of the downing of the MH17 commercial aircraft over Ukraine in 2014, Kwiatkowski recalled.

"In that case, the investigation was not seen as fair or wide-ranging in terms of evidence sought and acquired, and consequently the resultant report was questioned and unsatisfactory," she said.

"The president has also been acquiring a stable of neoconservatives in his advisory staff, most recently with the naming of the fire breathing John Bolton as his new national security adviser," she said.

Several George W. Bush era officials involved with the false information and manipulation of intelligence leading to the justification for the 2003 invasion of Iraq were already moving in White House circles and gaining or regaining key positions in the national security arena, Kwiatkowski warned.

These figures included "Meyrav and David Wurmser and my former boss, Bill Luti," she said.

© REUTERS / Peter Nicholls
Skripal Acquaintance Suggests Ex-Spy Poisoning May Be Linked to Organized Crime
For the near term, the expulsion of the Russian diplomats would serve the maintenance of a hard line national security stance by the Trump administration, Kwiatkowski explained.

However, "in the longer term, it remains to be seen if it is related to a hardening of neoconservative adventurism from the White House and its staff," she said.

Trump had proved to be highly changeable in selecting and then firing top officials with dizzying speed and he might continue this pattern with the hawks he was now promoting, Kwiatkowski suggested.

"Obviously, if the neoconservatives like Bolton and others who have been brought into the administration keep their jobs for over a year (few have this far), we could see a shift in the Trump election promises of putting America’s domestic interests first," she said.

Russia was likely to respond with similar expulsions of US diplomats while retaining the policy flexibility to change things at the first sign of more moderate and responsible US government behavior, Kwiatkowski said.