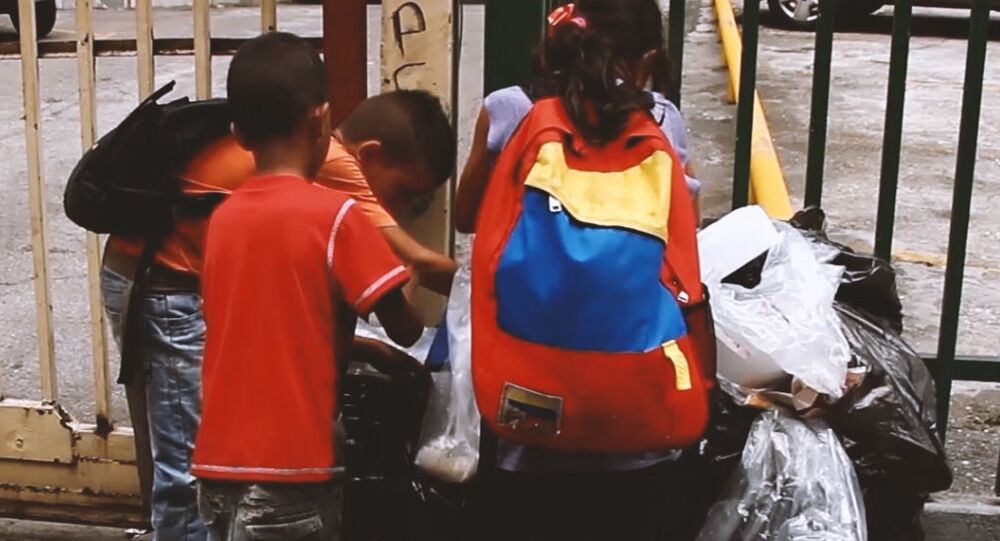 After travelling all over Venezuela, UN independent expert Alfred de Zayas said that all attempts of the US to strangle the economy of this South American country arise from "the desire to change the political regime, returning to the corrupt 1980s and 1990s, when American companies owned everything there, including oil."

Last December Alfred de Zayas, the UN Independent Expert on the Promotion of a Democratic and Equitable International Order, went to Venezuela where he had an opportunity to talk with various social actors such as opponents, FEDECARAMAS members (The Venezuelan Federation of Chambers of Commerce and Production), NGOs opposed to the government, the assemblymen, scientists and representatives of the Church.

"Children are dying from malnutrition, adults and old people are dying because they have no access to cancer, AIDS or diabetes medicines – all of them are the impact of sanctions,” said the lawyer.

© REUTERS / Marco Bello
Venezuela Announces Initial Public Offering of Oil-Backed Cryptocurrency Amid US Sanctions
He added that the US cooperates with regional and local opposition groups in order to sabotage the current President Nicolas Maduro. “When in 2017 Venezuela suffered from malaria epidemics, the country tried to buy medicine from Colombia, but the later refused to sell. Venezuela had to purchase it from India, bring it to the country and distribute as soon as possible for saving human lives,” he reminded.

That’s why Alfred de Zayas believes that sanctions should be regarded as a crime against humanity and the countries responsible for such crises should be tried by the International Criminal Court.

Furthermore, the analyst questioned the strategy of the radical wing of the opposition. “Trade and business in Venezuela are privately owned and  don't welcome the government. And since they cannot overthrow it by means of elections they try to spread hunger and a sense of insecurity in order to allow the army to commit a coup d’etat or pull the trigger of a revolution that would topple Maduro instead of commencing negotiations”,  he concluded.

© CC0
Trump Bans US Transactions With Venezuela's Digital Currency - White House
The comment comes after US President Donald Trump signed an executive order to prevent US citizens from using Venezuela's new digital currency earlier in March, saying that this was an attempt by Caracas to get around US sanctions. The US Department of the Treasury also included four current and former Venezuelan officials on the sanctions list.

On March 8, 2015, the United States imposed sanctions on seven Venezuelan officials over human rights abuses and corruption. On March 3, the restrictions were extended for another year, citing ongoing threats to US national security. On August 24, US President Donald Trump imposed sanctions on Petroleos de Venezuela, limiting its ability to finance long-term debt and targeting the country's government bonds.

Russia Has Nothing to Do With Venezuela's Cryptocurrency - Foreign Ministry

Venezuela Announces Initial Public Offering of Cryptocurrency Amid US Sanctions

ICO of Venezuela's Oil-Backed Cryptocurrency Starts as US Imposes Sanctions

Venezuela Regards New US Sanctions as Crime Against Humanity