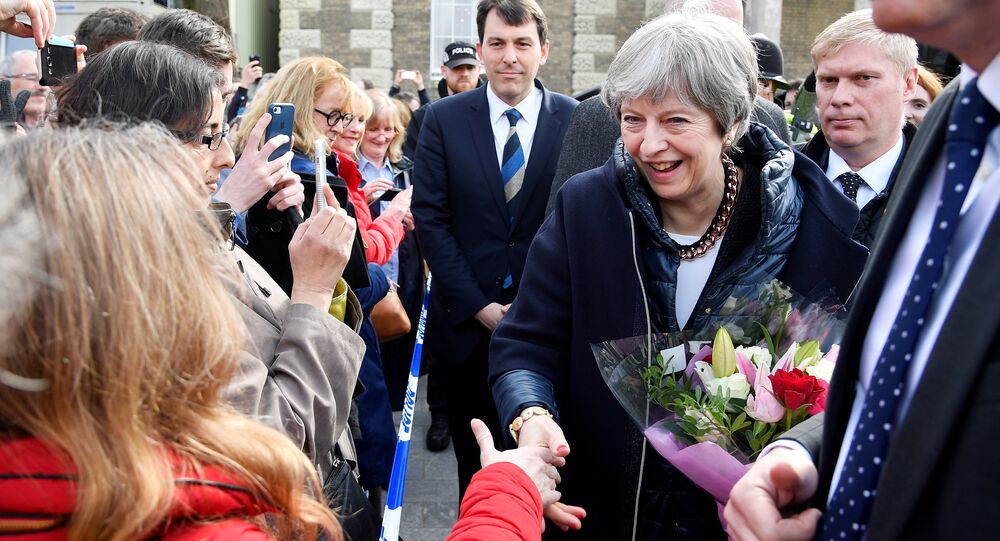 Radio Sputnik discussed the expulsion of over 100 Russian diplomats from the US, as well as many EU and NATO states over the Skripal case, with George Szamuely.

Sputnik: What are your thoughts on what's going on with the expulsion of Russian diplomats?

George Szamuely: Well, I think it's a part of the ongoing propaganda demonization campaign against Russia in preparation for some kind of an armed confrontation with Russia. Whether this will take place in Syria, whether it will take place in Ukraine, this is clearly an operation that has been ongoing now for quite some time. This is really part of it and a way of delegitimizing Russia; somehow that Russia, which is one of the permanent members of the UN Security Council, can now be marginalized as if it can be just dismissed as yet another rogue state. This is all part of this operation.

I think that this whole Skripal poisoning was orchestrated by Washington; I think May is really just simply a big player in all of this. I think it is in preparation for some kind of an armed conflict that is coming.

Sputnik: Mr. Trump spoke with Vladimir Putin after the election. He congratulated him, although he was told not to do so. And he was told to discuss the Skripal case and he did not do that. And then just days later, we see this about to face and we see the strongest measures, as far as the numbers are concerned in any case, 60 diplomats are expelled from the US. How do you explain that?

George Szamuely: Well, I'm assuming that Trump is really just a sort of a figure here. I don't think Trump has any particularly strong views on anything. I think he came up with this idea of improvement of relations with Russia really as an election gimmick. And he found that there was a considerable resonance among the US public, who were tired of these endless wars. And he went with it. But he was never that committed to it.

I assume that he kind of likes meeting Putin, I think he enjoys being a statesman on the world stage, having these discussions whether on the phone or on the sidelines of various conferences. But it's not based on any vision of the world; I mean he is not really serious about any real partnership.

So, he throws up these tweets "Wouldn't it be great if we get along with Russia?" or "Having a good relationship with Russia is a good thing, not a bad thing." But he never follows through on all of this. And so he had that phone call but it didn't really mean anything.

Sputnik: How do you interpret then his actions, 60 people?

George Szamuely: Well, I think it's a real propaganda exercise. If you look at what the US Government actually said, they went far beyond anything that the British have said. And the US has gone beyond without actually seeing any of the "evidence" that the British talk about, because the US Government, both the State Department and the White House, said without question that Russia was responsible for the attack, and in fact, Russia attempted to murder this person. They actually used this term, "attempted to murder" Skripal, which is way beyond what May had said. May is still being coy about "Oh, it was a Novichok, it was a type of weapon developed by Russia" and that it's "highly likely" that Russia was responsible. The Americans didn't do any of that hesitation; they just went right at it.

Sputnik: Theresa May also expelled 23 people. It was also said that these are all actually diplomats that are spies under the guise of being diplomats. Why is it that British MI6, which is well-known secret service agency, why is it that they did not recognize these spies and all of a sudden in one day they did?

George Szamuely: That's a very good point. Indeed, what is the definition of a spy? Presumably, if you're working at the embassy and you're meeting people and talking to them, reading the newspapers, passing information back to Moscow - which is what diplomats are supposed to do - you can count that as spying. They're in the business of gathering intelligence. That is what they are supposed to do.

What's the definition of a spy? They just throw this word around because they know the effect this word has, you know with people with all their James Bond movies and so on.

So, this is nonsensical, but it's a very good propaganda thing, you know the idea "These Russians! There are Russian spies crawling all over the place!" But who are these people? They are diplomats; they are doing what diplomats are supposed to do. They're meeting, they're talking, they're gathering intelligence from newspapers or whatever and they're sending it back to Moscow. That's what American diplomats are doing in Moscow, that's exactly what they are doing - meeting people, gathering information and sending it back to Washington.

The views and opinions expressed by George Szamuely are those of the expert speaker and do not necessarily reflect those of Sputnik.