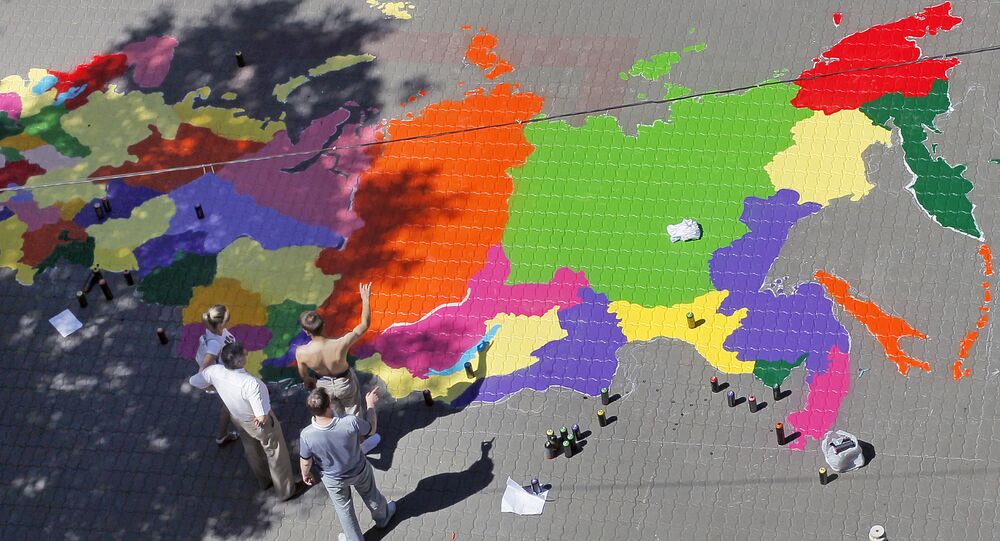 On Monday, a number of European countries, as well as the United States and Canada, announced they were expelling Russian diplomats over the Skripal case. Radio Sputnik discussed the significance of the diplomatic response by the Western powers with Srdja Trifkovic, a US journalist and writer on international affairs.

Sputnik: What is your overall assessment about what has happened with this diplomatic response by so many countries? How significant is it?

Srdja Trifkovic: The overall impression is that rational discourse has given way to collective hysteria and that it is indeed remarkable. The extent to which the bandwagon has successfully started rolling while we don’t even have elementary answers to the questions concerning the case itself.

The second important and discouraging aspect is that continental European countries have followed the Anglo-American lead in Russophobia and this represents a further trial of the Atlanticist domination over Europe. It is indeed remarkable when both Germany and France, the putative leaders of independent European foreign policy, have been reduced to the status of automatic followers of the lead supported by Washington especially when we bear in mind that the initial round of sanctions in 2014 against Russia was dictated by the United States which had nothing to lose in the proceedings and to the detriments of Europeans’ interests.

So overall I think that, one we have the hysterical phase of Russophobic discourse in the West which is not amenable to any rational arguments and two, we have a successful degradation of European diplomacy to the status of pliant satellites comparable to East Germany and Bulgaria vis-à-vis Brezhnev.

Srdja Trifkovic: Well, first of all, I would say that President Putin, Foreign Minister Lavrov and others would not have made such categorical denials of Russian involvement if there was any possibility of a smoking gun which could effectively show to the world that they were not telling the truth.

And secondly, it is always possible to present some equivocal evidence in the form that even if that indicates the modus operandi of intelligence agencies nevertheless does not disclose outright state secrets. In fact, we’ve seen that in the past and I don’t think that it would be possible for such confidential information to be disclosed to the diplomats and foreign ministers of EU countries as divergent as the 27 are, without risking these very sources.

So I really believe that if you look at the countries which have taken measures against Russia, they almost read like who is who of those who are prepared to follow the US lead and if you look at those reluctant to do so, including Austria, Hungary, Cyprus, Greece, we are looking at those who actually have a more independent foreign policy. So I don’t think it’s a reflection of the quality of possible intelligence, it is simply a reflection of the determination of decision-makers of those countries to preserve a modicum of independence.

Srdja Trifkovic: Some of these countries are absolutely insignificant countries like the Former Yugoslav Republic of Macedonia, which also expelled one Russian and it’s just a pathetic non country. On the other hand in the United States obviously it is a matter of regret that President Trump’s initially stated intention to have detente with Russia has been subverted by the deep state, it is a long story but now we have really reached the end of the road with the appointment of Pompeo to State Department and Bolton as the national security adviser.

So we can really look at Trump as the would-be drainer of the swamp who has been swallowed by the swamp. And I think that we are in for a long haul. I was in Moscow two weeks ago and coming again next week and sometimes I am surprised that some of my Russian interlocutors are insufficiently aware of the animosity or end of the rule Russophobic sentiment that currently prevails among the Western elites, both political and academic and media. It’s almost pathetic when some Russians still use the term “our Western partners,” because for partnership you need to have a modicum of mutual respect and trust and these people really seriously want to destroy Russia.

They want to delegitimize the Russian political system and process as we have seen with the public commentary on President Putin’s re-election and they want nothing short of regime change, which would then lead to a permanent and irreversible change of Russia’s national character and possibly the country’s partition along the lines allocated by Zbigniew Brzezinski. With these people partnership is impossible and Russia needs to be prepared for a long and sustained period of confrontation.

The views and opinions expressed by Srdja Trifkovic are those of the speaker and do not necessarily reflect those of Sputnik.