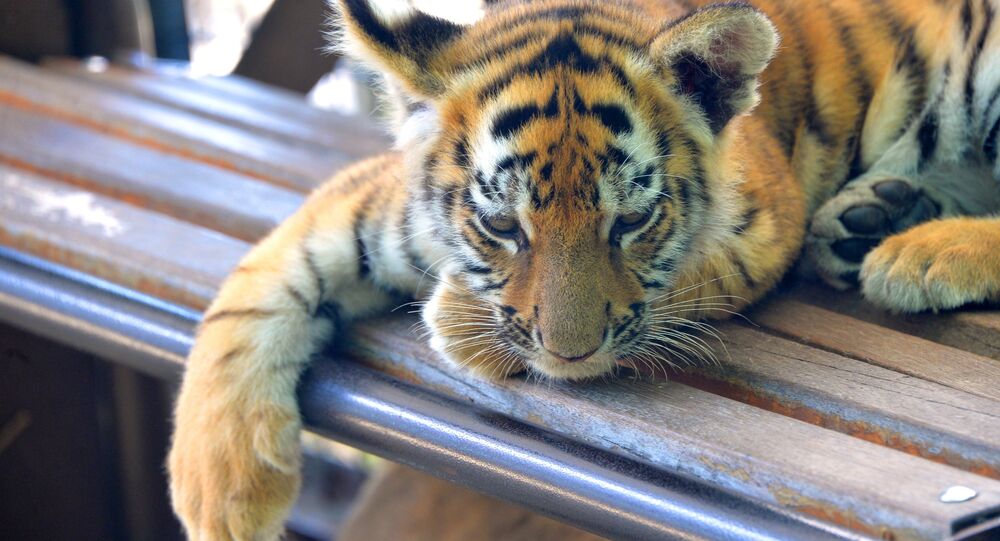 'In the Last 40 Years, 52% of All Wild Animals Have Disappeared' - Activist

A collapse of civilization is almost certain in the next few decades, according to biologist Paul Ehrlich, who said that high population and high consumption by the rich is destroying nature and is leading to a sixth mass extinction. Sputnik discussed the issue with Alon Tal, from Tel Aviv University and an environmental activist.

Sputnik: This is really quite a fascinating topic because the book written by Paul Ehrlich, it was written 50 years ago, his rather controversial book “The Population Bomb,” I’m wondering did it have any impact since then?

Alon Tal: It had impact on people like me, Professor Ehrlich's contribution to the future of humanity is unmatched by offering a strong and compelling case; there are skeptics who, I would argue, that he’s spot on. In other words, if in the last 10 years, 100 million people have died of hunger related diseases, his projection that that was going to happen if we do not manage to stabilize population on this planet, is already happening, with tremendous human suffering and I haven’t even gotten to nature, I just want listeners to realize that in the last 40 years, 52% of all wild animals, all nature on the planet have disappeared, over half of it was destroyed because human numbers are so great.

Sputnik: Realistically what do you think is the solution to Earth's overpopulation problem, because going back to Ehrlich's book, of course, there were no easy solutions, all the solutions suggested there were really tough?

Alon Tal: The first thing we have to recognize that no nation has managed to adopt policies to stabilize population without doing three things and that's empower women, empower women and empower women, all the rest is commentary. So let’s start with society where there is still very dramatic growth, mostly in Africa women simply don't have reproductive autonomy; they do not have  access to contraceptives, the freedom to make the decision. Whenever we will give women these choices, they will opt for lower-sized families. I salute the work of places like the Gates foundation, which has taken on the service to offer 200 million women who do not have contraception, given that choice. But that’s not all that we need to do, we need to also start being much more honest with the public and explain to them that we are destroying the natural resource base in which will live, we will never stop climate change with the population going the way it is and start talking to the aid programs. Country's like Russia certainly does not need to change it’s demographic patterns, their birth rate, and I salute the people of Russia on that responsibility, but other countries including, my own country of Israel, where we have 3.1 children per family, are on an unsustainable track that has to change.

© CC0
Doomsday: Biologist Warns of Collapse of Civilization in Near Future
Sputnik: How dangerous is toxic pollution to humans? We all understand that pollution is a tremendous problem, but how soon do you think the population will start to feel the effects of toxic pollution?

Alon Tal: We always talk about the small gradual impacts. I’ll give you one example from my own country of Israel. Did you know that there has been a 40% drop in concentrations of sperm among Israeli men in the last decade, in other words the so-called endocrine destructive — chemicals which I believe come from a variety of sources, whatever the reason is, today we see a situation where infertility problems are huge, but that’s not how we have to solve the population problem. Also we see a dramatic rise in breast cancer among women here, locally one in seven women have it, we have a rise in testicular cancer, these are what we call come from endocrine disrupting —- small, small concentrations, but they are not natural and human bodies do not know how to deal with them, we already see them and there’s countless examples on the planet of people being poisoned every day.

Sputnik: And of course the issue of pollution is very closely intertwined with the issue of overconsumption, isn’t it?

Alon Tal: It is, and sometimes people like to make an argument look the problem is not many people but we are consuming too much and I say that’s a false dilemma, we need to address both of them. Professor Ehrlich has a metaphor when he talks about it as a rectangle. We didn’t know if the long side of the rectangle is population or if it is consumption impact, but we do know that the sides of the rectangle are the same and we have deal with both of these key parameters.

Sputnik: Can redistribution of the wealth help deal with the problem of overconsumption?

Alon Tal: I think so, certainly we need to find ways to make the poorest population of the countries feel that they do not need to have more children in order to have a pension fund and security in the future, and we need to find ways that there's a new world to people on the planet where they do not spend in ways damaging, I think moving to renewable energy and electric cars, making airplanes much more efficient with alternative fuel altogether; these are key matters, so I think although re-distribution might be good in a perfect world, certainly I do not need to tell the people of Russia how well it worked out with the Soviet Union, and we need to be realistic, there's no question about it that the OECD and the more powerful countries need to do more to assist developing countries and get them on the track of self-sufficiency.

Sputnik: If the planet's population continues to grow at the current rate what would be your forecast for the future and would you agree that the collapse of that civilizations is imminent, because it’s sort of a very dooms day prediction. Another thing I’m wondering, how can one estimate or calculate the optimum global population, what kind of factors would one use to actually calculate that?

Alon Tal: We all know that in ninth grade biology we learned that there is something called carrying capacity, that if you put two fish in the lake and they become 4, 8, 20, 100 and eventually they reach the limits of their resources and the population drops and that’s the carrying capacity. But we humans have a much more complicated society than fish in a lake and there are things we can do and decisions we can make about whether we want to have societies which is wealthy, modern, technologically efficient, if we want to leave room for other species, so all these things really drive that decision. One thing we need to start thinking about is getting from the maximum carrying capacity notion to the optimal carrying capacity, the point is that more people damage our quality of life, in terms of where we are and where we are heading; look, I’m mostly concerned about Africa at this point, the United Nations tells us there is going to be 11 billion people on the planet, but 3 billion people more in Africa and we have one billion there already, so there will be 4 billion people there, and already this stream of refugees we're seeing today it's going to turn into a tsunami.

The views and opinions expressed by Alon Tal are those of the speaker and do not necessarily reflect Sputnik's position.