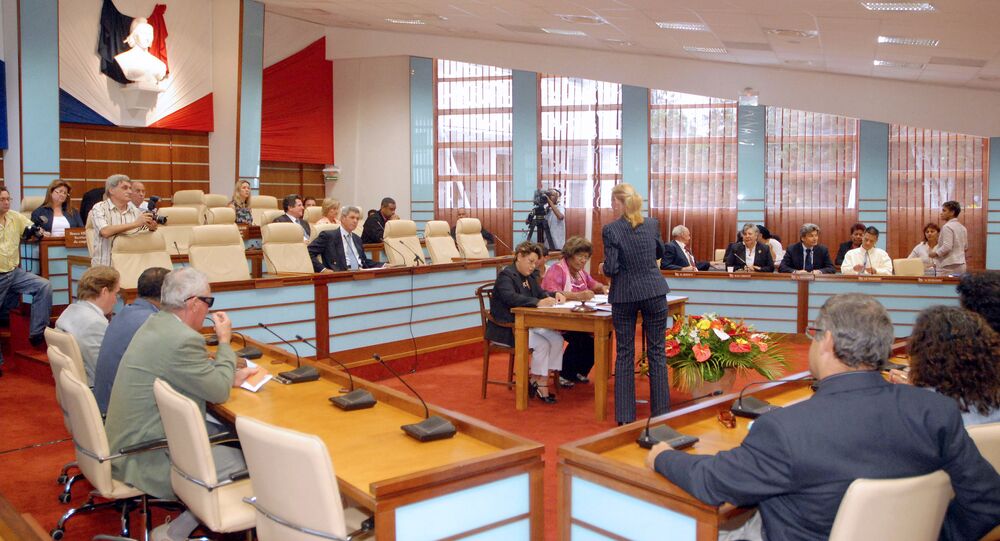 The French overseas collectivity New Caledonia has set the date for an independence referendum from France. According to a local newspaper, the congress of the archipelago has voted to hold the plebiscite on November 4th. French authorities approved the referendum for New Caledonia in November last year.

Radio Sputnik discussed the upcoming referendum in New Caledonia with Walter Zweifel, a journalist at Radio New Zealand, who has covered New Caledonian affairs for a quarter of a century.

Sputnik: What has brought about the push for independence in New Caledonia? What is the overall sentiment of the population on the territory’s status?

Walter Zweifel: Well, the push for independence is something that goes essentially back to the 1970s and 1980s. And in the 1980s there was an active pro-independence movement that was clashing with the settlers or the French colonial masters and at that time, in the effort to avoid a civil war, there was an agreement reached in 1988 and then reconfirmed in 1998 to defer any vote on independence for twenty years. That signed in 1998, making 2018 the final date. So it’s a process that has been managed over a long time, it’s been a period of peace and consensus leading up to this referendum. In terms of the overall sentiment, we can say that the pro-independence parties are in the minority in New Caledonia and an assumption could be that a majority will vote to stay with France.

Sputnik: Now I was just discussing before we came on air this special word, "collectivity." Perhaps you can just explain to us what the status means actually of special collectivity and what rights does the population of the archipelago enjoy with regard to the country?

Walter Zweifel: Well, in view of New Caledonia having this opportunity to vote to be an independent country, they created different electoral rolls. So the people allowed to vote in this independence referendum are on a separate roll, on a separate list. And in order to be eligible to vote in this referendum, you have to have lived in New Caledonia since 1998. This is a measure that was put in place by the pro-independence FLNKS Kanak movement to make sure that France could not flood the territory with immigrants and then have a numerical advantage by pushing the numbers on their side with people possibly in favor of France. There’s also another list for territorial elections, which is also restricted to long-term residents. So New Caledonia has this, in a way unusual status, that it is part of France, is France, the people who live in New Caledonia vote in French elections, they vote for the French president, be it Macron or whatever. But at the same time when it comes to domestic affairs, it’s restricted to people who have been there for a long time. And in order to make it possible, the French constitution had to be amended, because you have to have French citizens who live in New Caledonia who are not allowed to vote in what is essentially their own future, because they’ve not lived there long enough.

Sputnik: Now, what do French authorities think about the territory’s aspirations? If the territory votes in favor of sovereignty, will there be any backlash from Paris?

© CC BY 2.0 / my LifeShow / New Caledonia
New Caledonian Referendum: What's Behind French Pacific Territory's Aspirations?
Walter Zweifel: The process is one that is agreed between France and the pro/anti-independence parties in New Caledonia. The so-called Nouméa Accord, which has been the decolonization roadmap, is a tripartite agreement. So France is somewhat of an arbiter in this dispute or in this aspiration. In a way, France is also the guarantor that this independence referendum will go ahead. In trying to maintain an impartial position, to French Prime Minister Édouard Philippe has been in New Caledonia just recently and his stance is essentially very much one of being neutral, that it is a decision that is up to the people who are eligible to vote in New Caledonia. So the official French line is that they’re not for or against New Caledonia choosing independence. However, there’s been a parliamentary commission that’s come out very recently led by Manuel Valls, and Manuel Valls is the former prime minister under the socialist President François Hollande. In discussions in New Caledonia, he said he personally favored New Caledonia to stay with France. Of course, in New Caledonia, for those people who want to become independent, that was a sort of an outrageous comment because it seemed to deviate from this official line that France is neutral. Now what the outcome will be or the reaction will be for France, should the voters decide to go for independence, is hard to predict because at the moment it is difficult to envisage that the majority will vote for independence.

Sputnik: Why, from your point of view, why has there been such a wave of referendums globally lately in your view? Do you think that other overseas territories will also strive for this desire, this absolute need for independence? Is that the way the future is going? More countries will wish to gain independence?

Walter Zweifel: In the South Pacific and in the area which we or I cover, most countries or most island territories or colonies have become independent. There are very few colonies left and I don’t think that there is any spark that is going from this to any other territories, like American Samoa, which is the US territory. It’s also a territory on the UNDS decolonization list, but it’s a place where a huge majority does not want to sever ties with the United States. In French Polynesia the situation is slightly different. There France is not supporting any move towards a referendum, although I would dare think that in French Polynesia the majority would also want to stay with France. And then the other territories, the American territories, they are not up to have this issue tested; I’m talking about Guam and the Northern Marianas, which are also the territories that are partly on the UN decolonization list.