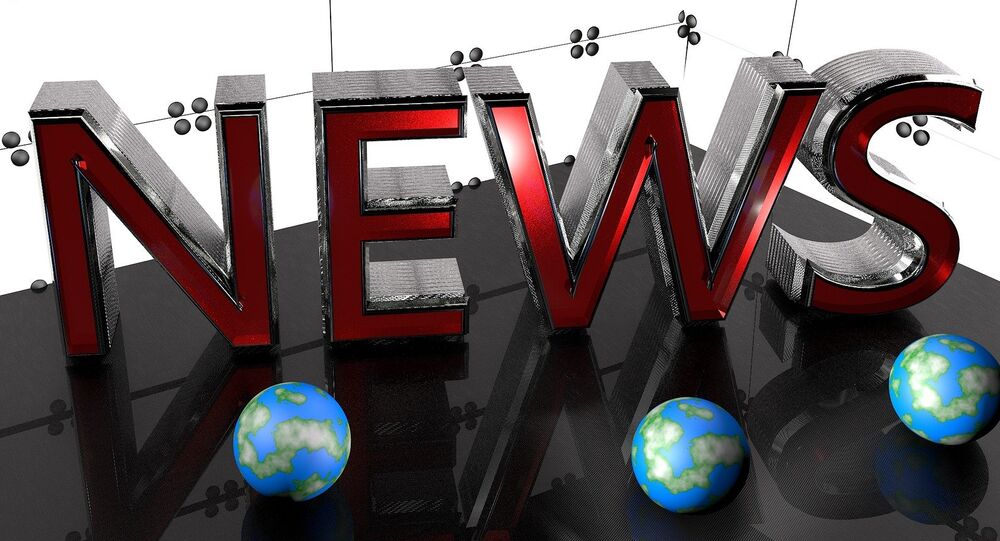 WASHINGTON (Sputnik) - The US government has taken another step toward state censorship and management of news with new measures introduced by lawmakers targeting foreign media outlets, analysts told Sputnik.

In particular, congressmen want to have the Federal Communications Commission (FCC) engaged in preparing regular detailed reports on the work of the foreign media in the United States, and to compel the outlets to include a conspicuous statement in their broadcasts that the programming is produced on behalf of foreign principals.

© Sputnik / Evgeny Biyatov
UK Pressure on Russian Media 'Attempt to Unify Opinion in EU, US' - Analyst
The same day, Congresswoman Anna Eshoo introduced the Foreign Entities Reform Act of 2018 (FERA) that would demand additional disclosure requirements for the content of any entities registered as "foreign agents" with the US Department of Justice, the Hill reported.

Eshoo’s bill would require broadcast, cable and satellite companies to publicly disclose the source of registered foreign state-based content that is being distributed to American consumers, The Hill reported.

A third bill proposed by Congressman Joe Wilson and Senator Marco Rubio — the Foreign Influence Transparency Act of 2018 — would force foreign institutions such as the Confucius Institute to register as "foreign agents" and oblige universities to reveal donations from foreign sources of $50,000 or more.

NEW BILLS PROPEL US DOWN ROAD TO CENSORSHIP

All three bills would spread the power of censorship further over controlling the news available to the American public, Eurasia Center Vice President Earl Rasmussen told Sputnik on Wednesday, presenting his own opinion.

"These bills are one more step along the censorship path that I have been concerned about for the past few years," Rasmussen said. "From my perspective, this is definitely an infringement of free speech and further shelters the American public to open dialogue."

Rasmussen pointed out that an informed electorate was essential in any democracy.

"Unfortunately, the actions being undertaken by our elected officials are to limit dialogue and awareness of issues and to provide a skewed perspective that reinforces government ‘approved propaganda,’" Rasmussen said.

© CC BY 2.0 / Jennifer Moo
The Irony: TEDx Presenter Censored During TEDx Censorship Conference (PHOTOS, VIDEOS)
If the legislation is passed and signed into law, such actions should at least be applied equally across all foreign-funded media to include those such as the British Broadcasting Corporation (BBC) and others, Rasmussen maintained.

"Unfortunately, many elected officials have a very narrow perspective, do not support true free speech nor encourage open dialogue. Thus it is highly likely that these actions will be adopted in some form," he said.

The new legislation harked back to eras in US history such as the early 1950s when free speech was abused and persecuted, Rasmussen recalled.

"It is apparent that we are repeating the McCarthyite period, one of the darkest times in the United States. The threat to our democracy is not from Russia, nor any other foreign power, but rather it is from within. Let us hope that sane minds emerge soon," Rasmussen said.

TRUMP BACKS GOAL OF MANAGING THE NEWS IN UNITED STATES

Pittsburgh University Professor of International Relations Michael Brenner said he expected President Donald Trump to sign the new legislation into effect and not to try to veto it as it accorded with his own goals.

"This is yet a further step toward news management which is the implicit policy of the Trump administration," he said.

The new legislation measures were particularly favored by warmongering extremists who wanted to plunge the United States into wider conflicts, Brenner warned.

"In particular, it is being pushed by those — neo-conservatives, ultra-nationalists — who have the explicit agenda of cultivating attitudes among the country's political class (and the general public) sympathetic to an aggressive foreign policy of maintaining American dominance world-wide," he said.

"Their special interest is the Greater Middle East. Their success in coopting or cowing the mainstream media is now a fact of political life," he said.

The assault on freedom of speech in the United States was particularly targeting Russian and Arab news outlets that presented other perspectives to the American public, Brenner pointed out.

"The assault on RT and Al-Jazeera aim to restrict the activities of foreign news sources as well. The legislation would systematize and legalize that process," he said.

Foreign news outlets were particularly vulnerable since they were not covered by even the theoretical cover of US domestic law, Brenner explained.

"Since foreign entities do not have the nominal protection of American citizens, the US government is free to do pretty much whatever it pleases. If necessary, the claim of national security interests threatened can always be invoked in the courts," Brenner said.

The broadcaster RT and Sputnik news agency have faced significant pressure in the United States for more over the past year, with US lawmakers and the intelligence community claiming that they might have been involved in Russia’s alleged attempts to influence US 2016 presidential election. RT and Sputnik, as well as Russian authorities, have repeatedly refuted the allegations as unsubstantiated.

© Sputnik / Igor Russak
Russian Embassy Points at Worsening Conditions for Media in US
In November, the US government forced RT to register as a "foreign agent" in the United States under the 1938 Foreign Agents Registration Act (FARA). Sputnik Radio's partner Reston Translator also registered as a "foreign agent" soon thereafter.

In January, the Justice Department demanded that RIA Global LLC register under FARA due to its alleged political activities in the country, and the company was registered as a "foreign agent" the following month.

Margarita Simonyan, editor-in-chief of RT and Sputnik, said that the US demand to register was discriminatory, contradicted the principles of democracy and freedom of speech, and barred them from equal competition with foreign broadcasters not registered as "foreign agents."

Russian Embassy Points at Worsening Conditions for Media in US