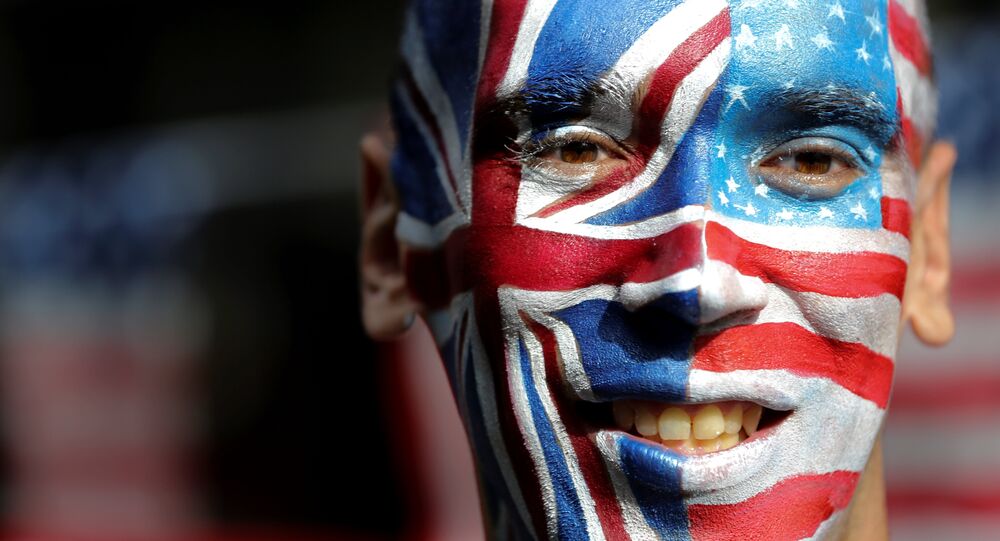 Avaaz, a US-based cyber activist organization has been calling for the boycott of the soon-to-be 2018 FIFA World Cup in Russia, unless Russia stops its anti-terrorist operations in Syria. David Icke, writer and public speaker, has given his take on this and much more in an interview to with Sputnik.

David Icke: There are two things that go on in terms of a war – you have a physical war, but then you have to justify the physical war, and that’s by the war on perception. Organizations like Avaaz and of course the White Helmets actually sing from the same song sheet, are pushing out the propaganda particularly to the young in Avaaz’s case to tens of millions of members now to sow regime change after regime change.

Remember, it was Avaaz that was pushing for no-fly zone in Libya, which has turned Libya, ultimately, into a catastrophe. Then it was pushing for the no-fly zone in Syria – we see the same. So, this list of regime changes has been very clearly sorted at every step by this organization. And we should therefore have massive questions about it.

© Sputnik / Kirill Kallinikov
'Novichok of Diplomacy': Russian Foreign Min. Spokeswoman Mocks Boris Johnson
If you look at the guy who runs it, Ricken Patel, he’s been an adviser to the UN, to the Rockefeller Foundation, to the Gates Foundation and to the International Crisis Group which has Soros and other globalists as trustees.

And of course, Avaaz was created by moveon.org and organization called Res Publica, both of which are George Soros-funded and Soros is now infamous for using his Open Society Foundation work to trigger “revolutions” to remove the very people and regimes that were on their list in September 2000.

If you want a conflict with Russia, which has been a plan all along, then of course, if that’s the outcome, you have to demonize Russia to prepare the global public to accept your outcome. This is why NATO forces are constantly building up on Russia’s borders. Vladimir Putin must be an absolute genius, because his power was responsible for everything.

© REUTERS / Peter Nicholls
Residents Say Salisbury Not ‘Ghost Town’ After Skripal Incident, Booze Sales Up
Sputnik: If this information continues to spread as fake news – you’ve stated that fake news reaches users faster than real news – is more likely to be shared. If that is the case, we are in for a very, very tough time, aren’t we David?

David Icke: Of course fake news has many, many faces. One face is mainstream media which has been absolutely founded, and even more so than ever before now, on faking information and misleading the public as to what is happening and particularly the context of what is happening. And then you have the alleged fake news which is what Facebook, and Google and all are using as an excuse to sensor alternative narratives, and that is invariably not fake news but simply looking at a situation from an angle that the global establishment doesn’t want people to see the world in that fashion.

They only want to see them, to see the way that they wish them to view the world. If you are after controlling perception, which is what this is all about, then where do people get perceptions from? From information received. It could be a personal experience; it could be the 10 o’clock news. For most people, that information comes from the equivalent of the 10 o’clock news – from mainstream media.

Now, if you are going to control perception, you have to control the information received, that’s going to lead to that perception. The last thing you want is people coming from another angle and saying "Hold on, this is why we are having attacks on Russia today, in Britain and cause them to be banned and deleted."

That’s why you’ve had that demonization of Jeremy Corbyn in Britain, the opposition Labour party leader – for having the absolute audacity to ask for evidence to support the claim that Russia, the Russian government was involved in that attack. We are now living in a post-fact, post-evidence society, and that is because you control the information people receive, you invariably control the perceptions they come to.

Sputnik: What’s your take on the FIFA World Cup that’s scheduled to take place in Russia? Some say the measure in terms of cancelling the World Cup will damage world’s sport forever. What do you think?

David Icke: I think, calls to stop the World Cup are an absolute joke, but you see, it’s part of this demonization. Who else is calling for the World Cup to be banned in Russia? Avaaz!

© REUTERS / Kai Pfaffenbach
Merkel Claims Russia Must Prove Non-Involvement in Skripal Poisoning Case
These are different strands in the same web that want to give the impression that they are operating in isolation. They are not. They are pushing an agenda which is coordinated.

You know, what’s very encouraging in Britain, particularly from my experience is that those that dominate the microphones with their hysteria and their nonsense and their lack of evidence, and their lack of sanity – they are speaking one language, but large numbers of the British people are speaking another language. If you are so desperate to demonize Russia for instance, you can overcook the pot. And if you overcook the pot – and people are increasingly not buying it – the more their hysteria is becoming counterproductive.

The Impact of Skripal on the Russian Election