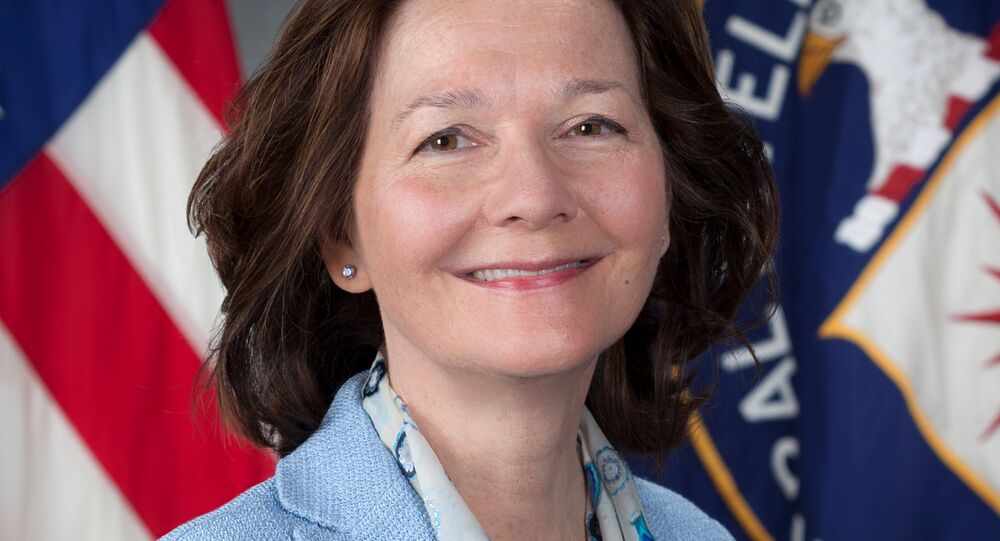 On March 13, Trump announced his choice of Haspel, currently to take over from Pompeo when he moves over to become secretary of state, replacing Rex Tillerson at the end of this month. Haspel would be the first woman to ever run the spy agency.

Haspel has a highly controversial reputation. On Friday, 29 human rights organizations called on the US Senate not to advance her nomination for CIA director until documents concerning her involvement in the spy agency’s torture program are declassified and released to the public.

"Gina Haspel will fit right in with Trump's image of himself as Mr. Tough Guy!" he said

Trump was deliberately utilizing the super-hawk reputations of both Pompeo and Haspel in an effort to boost his global standing with both allies and potential adversaries, Weinberg explained.

"Trump’s gamesmanship ploys to position the more aggressive and fearsome reputations of Pompeo as secretary of state and Haspel as the director of the CIA will most likely be seen by ‘our adversaries’ as the continuum of the ‘Projection of Power’ used by the President," he said.

© AFP 2021 / Mladen Antonov
Ex-US Intelligence Officer: Trump Fosters Tortures by Tapping Haspel to Run CIA
Trump did not promote Haspel and Pompeo for their independence of mind but because he believed they would not stand in his way and make the case for more moderate policies as he believed to have been the case with Tillerson, Weinberg explained.

"In his usual contradictory and hypocritical manner, Trump touts the line that he thrives on difference of opinions for his cabinet members and advisers and yet he announced… that he fired Tillerson due to their differences of opinions," he said.

The promotion of both Pompeo and Haspel and the firing of Tillerson sent a clear signal that Trump preferred to rely on military force and threats rather than work through patient and traditional channels of diplomacy, Weinberg predicted.

"Needless to say, diplomacy has been thrown out of the window," he said.

However, such an approach would be bound to dangerously raise international tensions and provoke alarmed responses from other nations, especially nuclear-armed ones, Weinberg warned.

"The question is will the likes of Russia, China, North Korea and Iran react accordingly with Quid Pro Quo saber rattling?" he asked.

If confirmed by the Senate, Haspel would also face the unprecedented handicap that in many nations throughout the world, she could be arrested and charged with war crimes and other offenses because of her own record, University of Illinois Professor of International Law Francis Boyle cautioned.

"Wherever Haspel travels in the world today she would be subject to prosecution for war crimes, crimes against humanity, grave breaches of the Geneva Conventions, violations of the Rome Statute for the International Criminal Court and the Convention Against Torture," Boyle claimed.

"All the legal arguments applicable to [former CIA Director George] Tenet apply to her as well. Succinctly put, torture during war time is a war crime," he said.

© AP Photo
US Watchdogs Urge Senate to Screen Gina Haspel's 'Torture' Background
The scale and repeated nature of Haspel’s involvement in such abuses was so widespread and consistent that she would likely face even more serious charges outside the United States, Boyle advised.

"In this case, where her CIA torture and enforced disappearances of human beings is both widespread and systematic they constitute a crime against humanity," he said. "We International Lawyers will keep track of her foreign travels and try to get her prosecuted on these grounds wherever she might go."