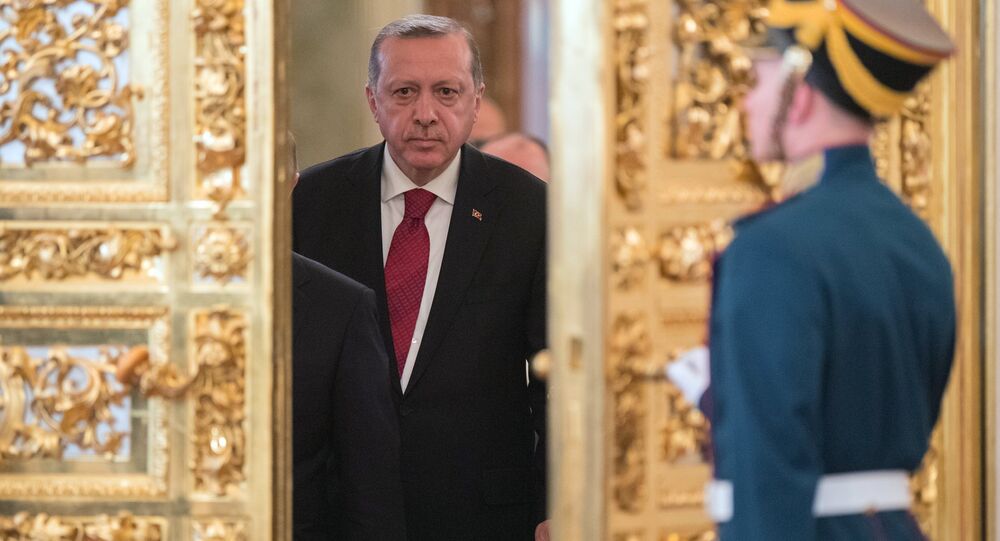 Although the rift between the EU and Turkey is steadily growing, there are clear signs that Brussels does not want to lose Ankara, especially in light of Russo-Turkish political and economic rapprochement, Turkish political observers told Sputnik.

© AP Photo /
Turkish Foreign Ministry Insists Afrin Invasion Targets Terrorists, Amid Censure
On March 15 the European Parliament adopted a resolution calling for a ceasefire across Syria, including Afrin, and expressed "deep concerns" over the "escalation of violence" in Afrin, Idlib and Eastern Ghouta.

© REUTERS / Rodi Said
A Kurdish fighter from the People's Protection Units (YPG) carries his weapon as he stands past a tank in the Ghwairan neighborhood of Hasakah, Syria, August 22, 2016.

© AFP 2020 / Noorullah Shirzada
Beware of Your Desires: Why NATO's Intervention in Syria Wouldn't Play Into Turkey's Hands
The Turkish scholar presumed that the Afrin operation may prompt further escalation of tensions between the EU and Turkey.

© Sputnik / Mikhail Alayeddin
Damascus Demands Turkish Forces' Immediate Withdrawal From Syrian Lands 'They Occupied'
He referred to the EU's recent decision to send a second tranche of €3 billion ($3.68 billion) to support Syrian refugees in Turkey as a potential sign of Brussels' willingness to take steps toward mending fences with Ankara.