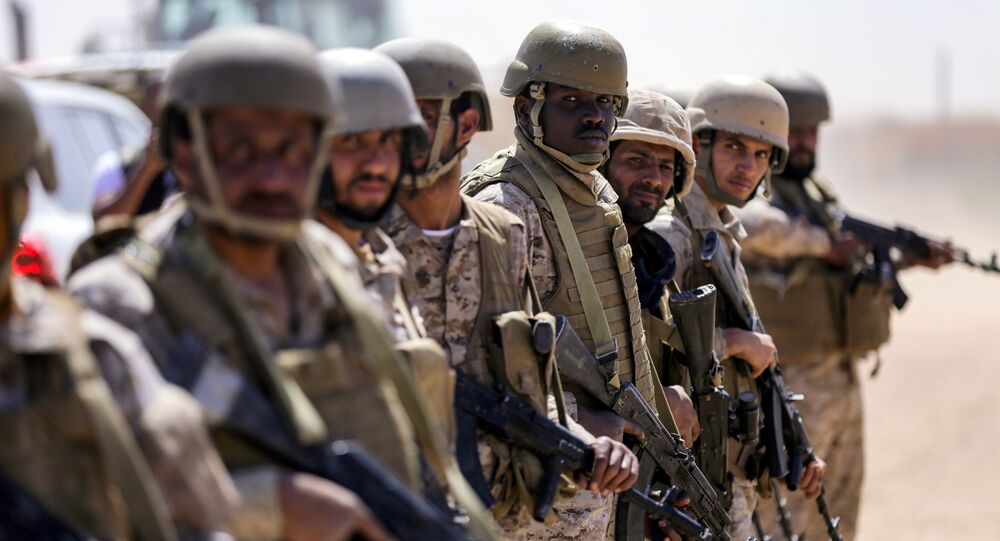 Saudi Arabia and the Houthis have reportedly been involved in secret negotiations on the possibility to put an end to the three year-long war. Speaking to Radio Sputnik, Dr. Stig Hansen, an associate professor of International Relations at the University of Life Sciences in Oslo, assumed that Riyadh is seeking to get out of the Yemeni quagmire.

Sputnik: Why did the Saudis decide to bypass the internationally recognized government in Yemen and go on to negotiate directly with the Houthis?

Dr. Stig Hansen: Number one is we cannot be 100-percent sure that this is actually the case — these are still rumors that are not confirmed but there are reasons that we should really expect something similar to happen, because what's happening is that the coalition, along with President [Abdrabbuh Mansour] Hadi, has started to go to pieces — President Hadi then being the leader of Yemen according to Saudi Arabia, their main ally in the country. In the alliance around Hadi you will have separatists [the Southern Movement] that want independence for the South of Yemen, you will have remains of the former Muslim Brotherhood affiliate organization in Yemen, al-Islah, and you'll have [the United Arab Emirates'] forces on the ground and lots of local militias and a few forces that are directly loyal to Hadi.

All of these different parties in the alliance around Hadi are going in different directions. So, you have the separatists that want to have a separate Southern Yemen or a lot of delegation; the Islah — they want to have a more centralized Yemen; and the Emirates seem to be sliding away from Saudi Arabia on the ground. In fact what's happening is that the Emirates seem to a stronger degree support the separatists and go against Islamists, while Saudi Arabia is more open and pragmatic with Islamists, like the al-Islah. So, there is a fragmentation amongst Saudi allies on the ground that might just encourage Saudi Arabia to try to negotiate with the Houthis and take advantage of an opportunity to, perhaps, get out of this quagmire, because it's really a quagmire for Saudi Arabia.

© AP Photo / Hani Mohammed
A Houthi Shiite sniper keeps watch over a rally to mark the third anniversary of the Houthis' takeover of the Yemeni capital, in Sanaa.

Sputnik: What theoretically do you think the prospects would be that the two sides could reach an agreement?

Dr. Stig Hansen: It is possible, it's hard to estimate but as I say, you know, the fragmentation around the alliance between Saudi Arabia, the Emirates, Hadi and [al]-Islah and the southern separatists is so large. They have been fighting in the south, in January the separatists tried to ban Hadi from convening the parliament, so there has been a lot of mess going on in Aden. That probably can create a kind of momentum for Saudi Arabia to try to get out, because their allies are simply not functioning on the ground. There is a stalemate also on the ground: Although the allies of Saudi Arabia have problems in between them, they are managing to keep the front. That could encourage Saudi Arabia to really negotiate.

Houthis are more unified and before Christmas the former president, [Ali Abdullah] Saleh, who was allied with the Houthis was killed by the Houthis. So, in one sense, the Houthis are more unified they don't need to take into account the Saleh loyalists anymore. In addition to that, it's probable that the link between the Houthis and Iran has been overestimated. You know, the Houthis are in a position to really do proper negotiations. While, perhaps, Hadi has this problem with his forces [is because] they are too fragmented, his allies are too fragmented and pointing in different directions. So there are possibilities to make peace in Yemen between Saudi Arabia and the Houthis, but the questions is if this leads to peace in Yemen, because that would leave out al-Islah of such an agreement, it would leave out the southern separatists and there are possibilities for a second round of fighting between more domestic parties, this time leaving Saudi Arabia out of the question but a lot of other local actors, even including the Emirates and even including some of the more directly Iran-supporting militias.

The views and opinions expressed by Dr. Stig Hansen are those of the speaker and do not necessarily reflect those of Sputnik.