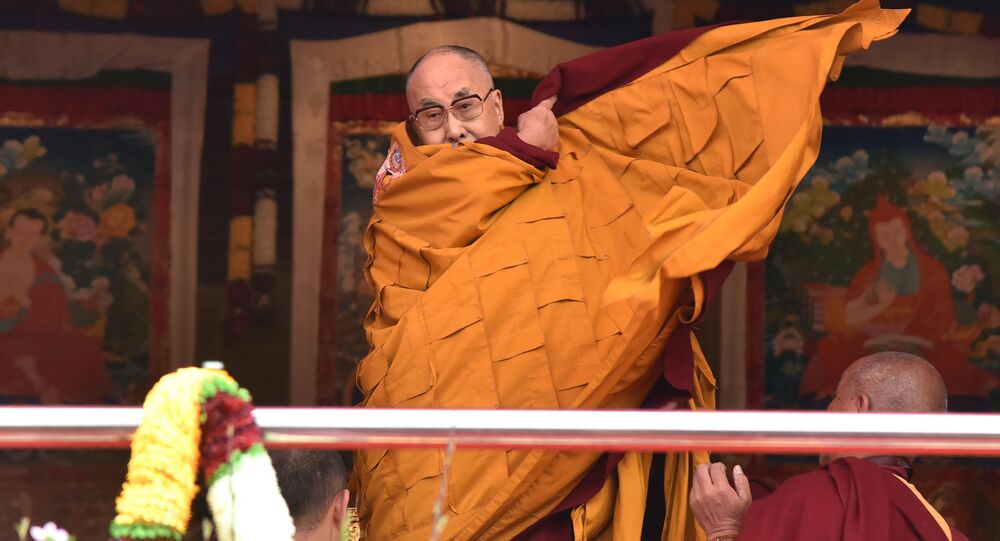 The Dalai Lama has said that Tibet can remain within China in the same spirit as the European Union adding that common interests are more important than one’s own national interest. China, however, insists that Tibet is part of its territory. Radio Sputnik spoke with Nitin A. Gokhale a strategic analyst on the subject.

Sputnik: How do you take this latest statement by the Dalai Lama and do you think that this will in any way change China’s approach to Tibet?

Gokhale: Well, up front let me say that China’s approach to Tibet is not likely to change in the immediate future, despite what the Dalai Lama has said in the address that you referred to. China has been very firm on describing the Dalai Lama as a “split-est”  as somebody who is out there to break China’s unity and integrity.

The hard-line has become hardened over the past five years since Xi Jinping took over. Just before he took over, in fact during President Hu Jintao’s time, there were some talks between the representatives of the Dalai Lama and the Chinese state, but they went nowhere. There were attempts at reconciliation but they have not rectified as many people were hoping.

I don’t see the current regime under the most powerful leader, perhaps arguably in the world, President Ji Xinping reaching out to the Tibetans, especially to the Dalai Lama to start a new reconciliation. That said, the Dalai Lama feels that its time that he went back to Tibet if the Chinese allow it, because he is getting on in age and he has been showing some signs of softening over the past couple of years. He has been reaching out but to no avail as far as Beijing is concerned.

Sputnik: There is also the religious role that the Dalai Lama plays, and the Chinese have actually put into place alternate Lamas, leaders of the Buddhist faith because they have many Buddhists in China and it seems like the return to the homeland will be very conflicting with those measures.

Gokhale: Well, that is what they are trying to do, that they are preparing for the post Dalai Lama period or era and are saying that we will decide who will be the next Dalai Lama. But in a way I would say that its ironic that in a country, in a nation ruled by communists who don’t believe in religion or God, increasingly Chinese people and Chinese citizens are taking to Buddhism.

In a way its sweet revenge or a sweet irony for the Dalai Lama himself who has been dubbed both a separatist and a dangerous leader as far as the Chinese nation state is concerned.

But the soft power of Buddhism seems to be attracting more and more Chinese citizens and young people and therefore the Dalai Lama must take some consolation in that, even if he can’t go back to his homeland which he left in 1959.