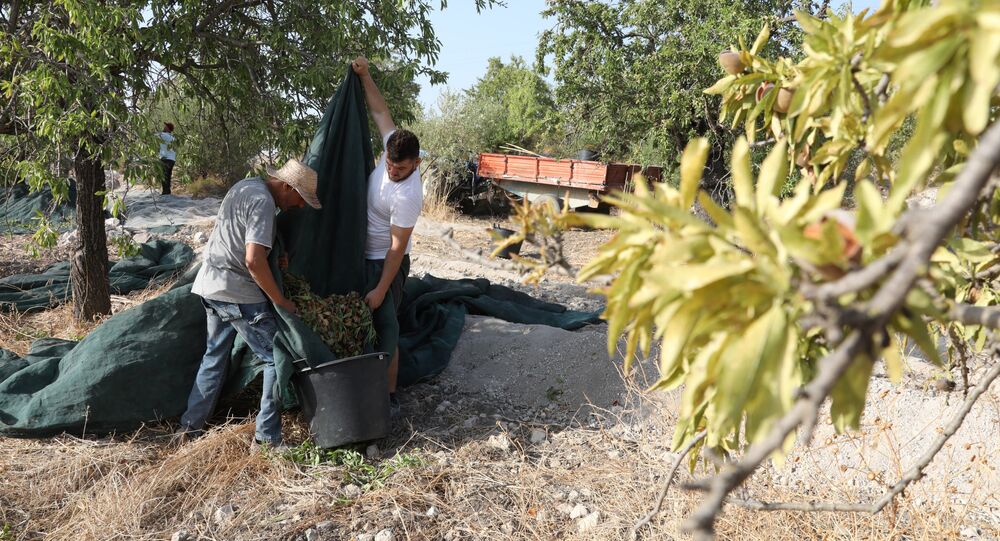 After four years of damage to the Italian economy, the National Association of Agricultural Producers, Coldiretti, has called to lift the anti-Russian sanctions. Sputnik Italia spoke with Lorenzo Bazzana, head of the economic department of Coldiretti about this issue.

In the context of international tension and the return of trade duties, sanctions measures against Russia have caused serious damage to Italian production.

The EU once again extended anti-Russian sanctions. What do they think about this at Coldiretti?

“Coldiretti has a simple position on this. It sees that these measures were adopted almost four years ago but for some time now the international picture has changed. It does not seem to us that we should return to these measures, especially after the introduction of duties by Washington. We need to review the measures, and we believe that one of them should be free trade. The measures that we have now do not lead in the right direction,” Bazzana said.

What damage did these sanctions bring to the Italian agricultural sector over the last four years?

“One year before the introduction of sanctions, the volume of exports of Italian agricultural products and food was three billion euros more than the current amount. Thus, we can estimate losses in the direction of Russia, starting from 2014 at three billion per year. This is an important topic, which needs to be treated in a completely different way because we believe that trade wars do not bring any benefit to either party,” Lorenzo said.

We are talking about three billion in losses from exports. But if we add to this the damage to the image of Italian products and the replacement of Italian goods with goods from other countries, will the total amount of damage increase?

“Undoubtedly, as the active appearance of products imitating Italian products in the Russian market has damaged the Made in Italy brand, and some Italian products have disappeared as part of import substitution. If sanctions are lifted, it will be difficult for us to restore our previous positions,” Bazzana told Sputnik.

“For many years, Italian manufacturers have been actively investing in the Russian market. They were also participating in events, fairs, advertising campaigns. In fact, we can assume that with the introduction of sanctions, all this was simply ‘thrown out’ into the wind. It was wasted,” he added.

Do you think that with the arrival of the new government in Italy there will be changes regarding anti-Russian sanctions? Or it does not only depend on the Italian government?

Most likely, it does not depend much on the Italian government. From the very beginning, Italy said that it did not support such measures. Within the union of states, the unity of the majority must be maintained. But sanctions were not such a threat that could be of use. I think that the new government, whatever it is, will stick to the same point of view,” Bazzana said.

“For our country, tourism, of course, is important. It is a pity that because of this situation we can lose them,” the head told Sputnik.

Earlier it was reported that EU sanctions against Russia have cost Germany tens of thousands of jobs.

Michael Harms, chairman of the Russian-German Chamber of Commerce, also said that the German economy is suffering billions in loses annually due to the ongoing anti-Russian policy.

The European Union introduced sanctions on Russia after the start of the Ukraine crisis and Crimea's decision to rejoin Russia in 2014. Moscow has refuted the accusations of interfering in Ukraine and introduced a food embargo on the countries that targeted it with economic restrictions.

New Round of US Sanctions Against Russia Over Alleged Election Meddling