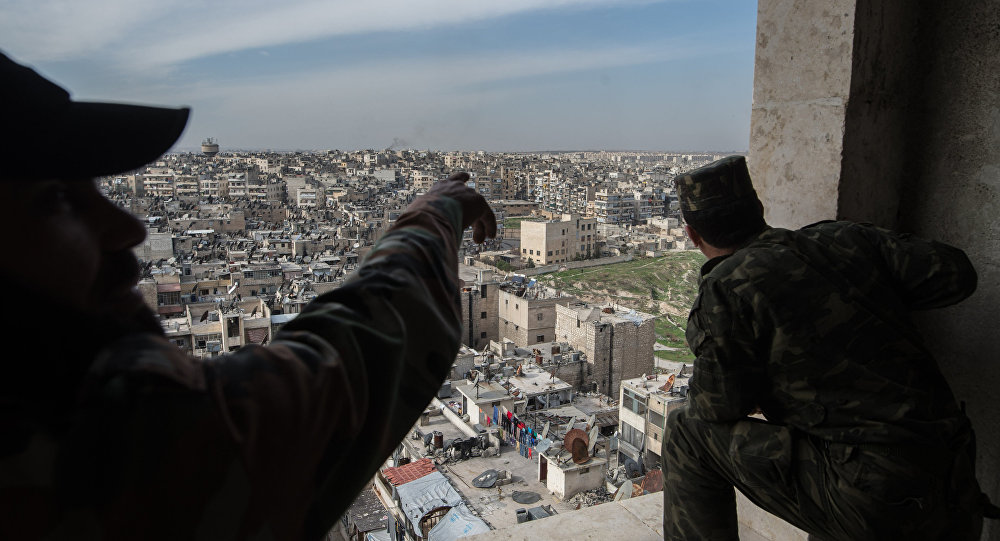 March 15, 2018, will mark the seventh anniversary of the outbreak of the Syrian Civil War, an ongoing conflict that has left hundreds of thousands dead and millions displaced, ravaging the country in the process. Even with the near-defeat of Daesh, the fighting continues in several areas.

Brian Becker and John Kiriakou, hosts of Radio Sputnik's Loud & Clear, interviewed Jana Nakhal, a member of the Central Committee of the Lebanese Communist Party and an independent researcher who has just finished a tour of some of Syria's active warzones, and Massoud Shadjareh, founder of the London-based nonprofit Islamic Human Rights Commission.

​"I went there as part of the Lebanese Communist Party's women's delegation to support the peoples of Afrin against the Turkish occupation," said Nakhal. "We traveled to the north of Syria from the east, all over to the west of Syria. I lived through the end of the 30-year-long Lebanese Civil War and it was very much similar to what we have been through: the destruction that is there, the emptiness. We drove through miles and miles of empty land because the peoples of the land hadn't come back after the war."

"Unfortunately it's not only the lands which are destroyed, but also social ties and people's relationships to one another. One of the most important things was also the Kurdish relationship with the Arabs; there's a huge lack of trust between the different communities. When driving through Syria, you can see the lack of hope."

"People cannot talk about tomorrow in Syria, because even if there is no war anymore in their region, it could start again at any time. Unless there is an actual peace in Syria, it won't be any kind of solution, neither political nor social nor economic," she said.

Kiriakou asked Nakhal what the situation was like in Afrin, a city currently held by the US-backed Kurdish militias and under attack by Turkey, the US' nominal ally. 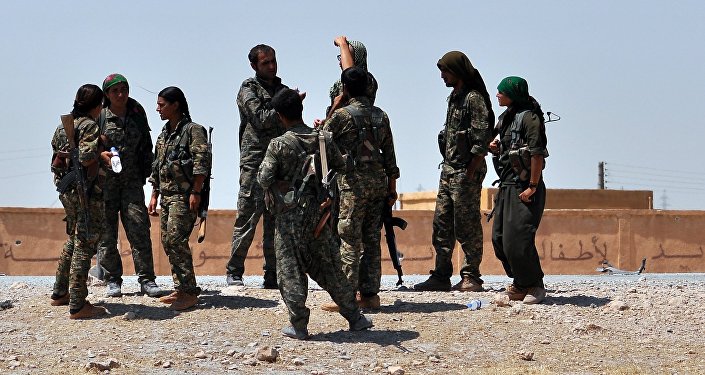 "Afrin is currently under siege," she replied. "We arrived to the scene, which is under siege by the Turkish army along with their mercenaries. They had occupied almost 110 villages in addition to four towns in the area. We left on the 10th, when the Turkish army and the mercenaries were around three kilometers away. Today we have news that the siege is being totally closed: there was only one crossing, now supposedly the crossing is not open."

"The Turks plan to neutralize the strengths of the Kurds and also to occupy Syrian lands. The city is hosting the majority of the displaced from the 110 and more villages. The city has almost 500,000 people: there's not much electricity, there are water shortages."

Becker opined that the Syrian Civil War was in fact started by the West when they destabilized the government of Libya in 2011. Shadjareh "completely agreed" with Becker's assessment.

"I think this civil war was the tool to destroy and dismantle the whole Syrian nation," he said. "Not just the buildings, not just people's lives, not just the whole fabric of society, not just relationships between people, not just different factions of the community, but total destruction."

"First we had Iraq. We had to go destroy their weapons of mass destruction, so we went to destroy the entire nation. To this day hundreds of thousands of people are dying innocently. We created and supported Daesh and then we didn't learn any lessons, so the same policy was continued in Libya."

"The whole excuse of the so-called Arab Spring was used in Syria. This was really a deliberate situation to destroy certain factions of the Middle East and certain nations which didn't want to play ball with the West, to destroy them to the extent until there was nothing left. But the Syrian situation was different," Shadjareh said, as unlike Iraq and Libya, the Syrian government remains.