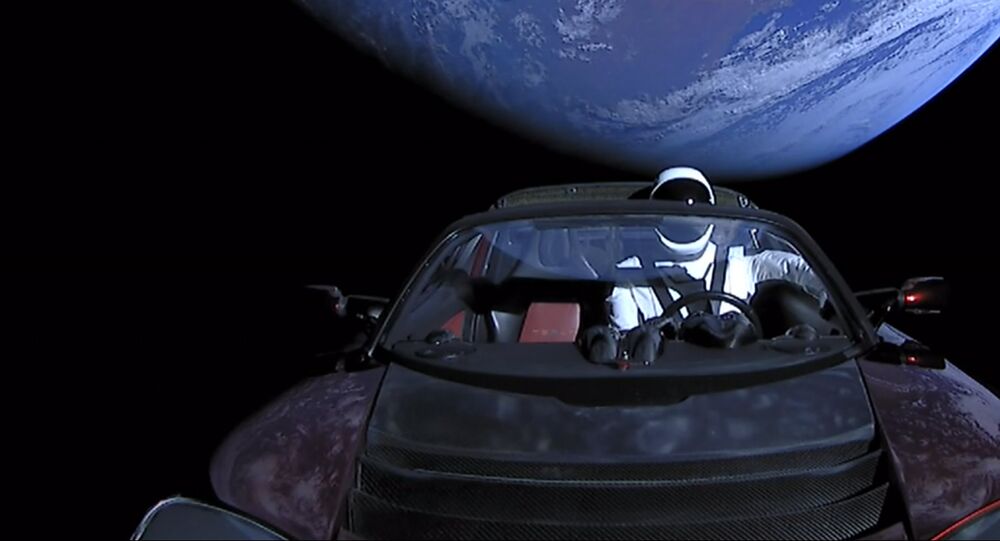 'Idea of Populating Mars Is Mad': That Is Why We Like It - Analyst

At the South by South West (SxSW) conference, Space-X’s Elon Musk spoke about his ventures and let out a few sneaky secrets about his business operations. Sputnik interviewed Alistair Anderson, professor of Entrepreneurship at Robert Gordon University about Musk, and what entrepreneurial ingredients he is made of.

Sputnik: What is Musk's business model and is it effective?

Alistair Anderson: I don't know that the whole idea of a business model is all that important. I think what Musk is doing is like the science of the imagination. Like many entrepreneurs he's projecting an exciting image, a picture of possible futures and it's the kind of thing that gets people interested.

If you look at entrepreneurs generally, very few of us get excited about things like chartered accountants, but people like Musk, well, that’s different. A few years ago we did a study of Michael Leary of Ryanair, he took over Ryanair when it was a very modest business. Through very astute business practices, a clear business model, he built up an airline that carried more passengers, and made more money than British Airways the establishment. But when you look at what he did, in the Press presentation, what he did sometimes was to act like a clown, we saw him in fancy dress, opening new destinations, we saw him railing and swearing against the establishment, and sometimes even his own customers.

There was absolutely nothing rational about what he was doing. Conventional business practice would say this is the last thing you should do, you should be looking after your customers: Customer is King- whereas he played a completely different game. But in fact what he did was played to the emotions of people. Not only did they recognize who he was, I think he appeared in National newspapers three times every day, but he promoted the Brand. So there is this mixture of emotion and rationality. I think we are seeing the same thing with Elon Musk.

The idea of populating or colonizing Mars is mad, it's crazy! It stretches the imagination but because of that, because of his pioneering ideas it captures our imagination. So it's quite likely that his more mundane businesses will actually benefit tremendously from that.

Sputnik: Will Tesla ever be able to satisfy its investors financially?

Alistair Anderson: We don't know. It's so pioneering, so new that the people that buy into this buy into the idea. A long time ago, the very famous economist John Maynard Keynes said 'forget rationality' when you're trying to explain values and the economy. He said it's 'animal spirits', and what he meant by that is that things do not respond to logic and rational thought.

Think about the technology bubble, ten years ago or so. People were buying companies, or buying shares in companies, which no one had ever proven, they had never actually made any products — it was absolutely crazy. But because that was seen as the leading edge, this pioneering notion, people pump money in and then it builds up. Just take a look at Bitcoin.

The same things happening, there's no rational logic behind that. At points the Bitcoin was worth twenty thousand pounds. The whole ideal of everything being rational in the way an economist would want us to understand things, is probably quite flawed. It's much more this emotion, how we get caught up in things. If people have bought shares in Tesla, or any of these other new pioneering companies, they’re probably not behind them just to make a profit. They would buy shares in something more mundane if that was the case. They want to be involved; they want to be part of the process.

Sputnik: Is it a good idea to send people to mars to potentially destroy another planet- just because nuclear war is being discussed here on Earth?

Alistair Anderson: The idea of colonizing Mars is mad, but maybe sometimes entrepreneurs have to be a little bit mad. Think of Virgin. Richard Branson. I remember when he first appeared- this bearded guy in a pullover. And he started challenging the financial institutions. In those days, you wouldn't think beards and pullovers; you would probably think pinstriped suits, and the establishment.

The arrival and the pure romance of this radical thinker, thinking outside the box, was certainly part of his success. I think there has to be something underlying here. The bubble bursts as it did in the case of the technology bubble, but in other cases it matures and develops into something real.

The views and opinions expressed by Alistair Anderson are those of the speaker and do not necessarily reflect those of Sputnik.