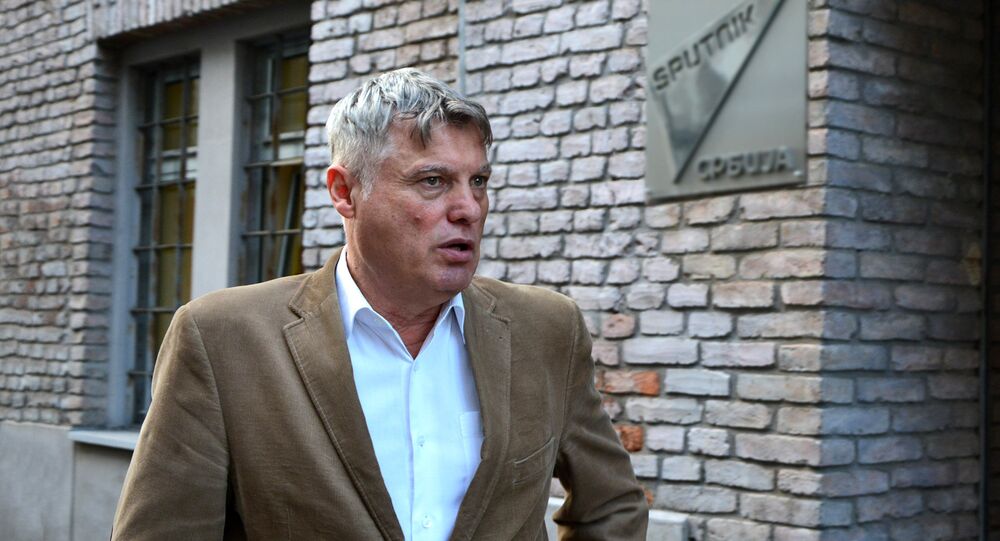 ‘No One Has Anything Like That’: Russia’s New Missiles Are Game-Changing

Lazanski said that, instead of engaging in a new arms race, Putin is living up to his promise to provide an asymmetrical response to NATO's growing presence in Eastern Europe and Asia.

"The Americans have created a missile defense shield in Romania and Poland, on the Aleutian islands and in South Korea. The Russians are not responding with more of the same, but instead increase their missile potential: they've created the ‘Sarmat' with a large amount of warheads, each of them being able to maneuver and change trajectory and altitude."

According to Lazanski, no missile defense can take down such missiles.

Commenting on Putin's claims about the superpowered cruise missile, Lazanski speculated that such missiles could be deployed on submarines.

"We are talking about an intercontinental missile that can be launched from the Sea of Okhotsk. It will not go straight to the stratosphere, where it will become an easy target, but instead will fly some three to four meters above sea level and no radar will be able to detect it. And the missile will go some 13,000 km this way. No one has anything like that. In fact, we are talking about an ICBM that does not fly on an  ICBM trajectory."

© Photo : Youtube / Минобороны России
‘No Missile Defense System Can Intercept It’: Russia’s Avangard Missile Too Much for US Defense Systems
Intercontinental ballistic missiles (ICBMs), by contrast, carry nuclear weapons to their long-distance targets by blasting high into Earth's orbit and then falling on their targets from above.

When asked why the new weapons have only now been unveiled, Lazanski noted that the situation must be viewed in the context of NATO's behavior.

"The Americans, with their new kinds of tactical nuclear weapons they want to deploy in NATO member states in Europe; NATO expanding to Russian borders; the sucking of countries into this alliance; the constant patrolling by NATO ships in the Black and Baltic seas — all of it is pressure on Russia and Russia needs to respond. The cup of patience had one drop too many and Russia made it clear: ‘we have something to respond with, too.'"

Russia Should Be Led by Woman Focusing on Social Issues, Not Missiles - Sobchak