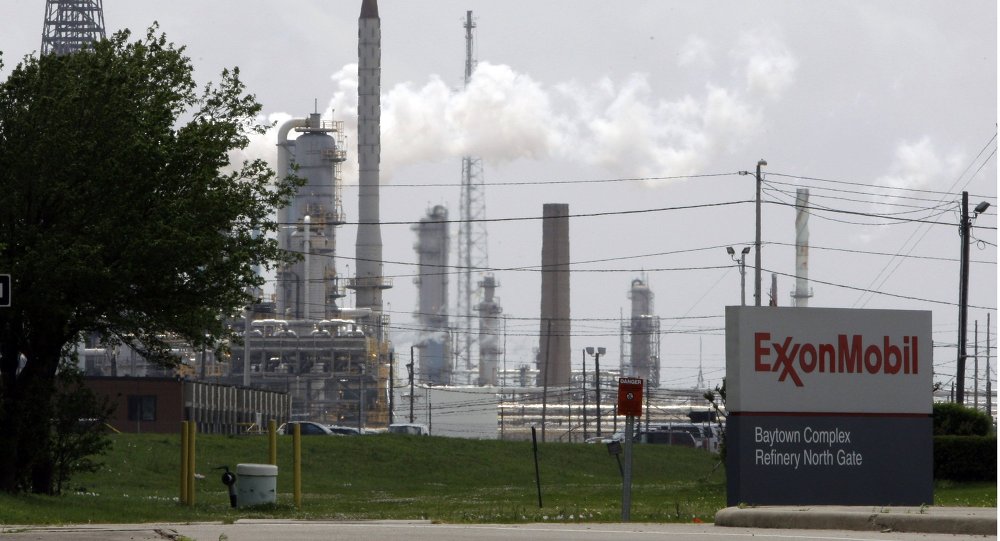 Exxon Mobil, one of the world’s largest oil companies, announced on March 1 that it will exit joint ventures with Russia's Rosneft due to US and EU sanctions. Sputnik has discussed the matter with Dr Mamdouh G. Salameh, an international oil economist and a visiting professor of energy economics at the ESCP Europe University in London.

Sputnik: Exxon's decision to withdraw from joint ventures with Russia's Rosneft is to affect operations of both companies, with Exxon reporting an after-tax loss of $200 million, what kind of cooperation, if any, is still possible between Exxon and Rosneft?

Sputnik: Sanctions against Russia were imposed in 2014 and they were then extended last year. Exxon announced its decision now because of the applications for a waiver, is this why it took them such a long time to decide to withdraw from joint ventures with Rosneft?

Dr Mamdouh G. Salameh: Because Exxon Mobil was still hoping that they might in the short term get another waiver, maybe 2018-2019, but it seems to me that the US Congress is in no mood to lift the sanctions against Russia in the foreseeable future. I guess this against this knowledge Exxon Mobil has had no alternative but to withdraw from its agreement Rosneft. And of course to keep its shareholders happy, Exxon Mobil wanted to assure them that the loss of investment opportunities in Russia would be offset by investing to boost oil production in the Permian basin in the US states of Texas and New Mexico.

Sputnik: The United States is likely to become world's biggest oil producer in the near future. What kind of changes do you see this bringing to oil markets?

Dr Mamdouh G. Salameh: Let me answer these claims first before I answer your question. There is a huge amount of hype by the US Energy Information Administration and the International Energy Agency IEA about US oil production. Even the Saudi Oil Minister Mr Khalid A. Al-Falih was forced to publicly accuse the IEA endeavors this year of hyping about US shale oil and its potential. Remember, that any US oil production figures are so exaggerated they include 1 to 2 million barrels a day extra which cannot be judged as true oil production.

I [will] tell you how — the IEA includes in its calculations of US oil production LNGs —  Liquefied Natural Gas, which come from natural gas wells, as well as such gasses as ethane, propane, butane and pentane. Which don't qualify as crude oil and condensates and in its crude oil count. The real question is whether natural gas plant liquids can be sold as oil on the world market. The answer is an emphatic "no." If you cannot sell them as crude oil, then they are not crude oil.

Now, US shale producers are trying or tried all through 2017 to cap oil prices at 60. But the agreement between OPEC and non-OPEC producers, led by Russia, enabled the groups to break through $60. In 2018 US producers are trying to cap oil prices at $70, but they will fail in 2018 as they failed in 2017. And US oil production, by the way, in 2017 amounted to only 9.3 million. That is far behind Russia and Saudi Arabia. And the projection for 2018 is 9.5, which is still far behind Russia and Saudi Arabia.

The views and opinions expressed by Dr Mamdouh G. Salameh are those of the speaker and do not necessarily reflect those of Sputnik.