The Christian Democratic Union has voted overwhelmingly in favor of renewing a coalition with the Social Democrats, moving Angela Merkel closer to the fourth term as German Chancellor. Sputnik spoke to Wolfram Göll, from the Bayernkurier newspaper, about what Mrs. Merkel said about Europe in a key speech to the CDU shortly before the vote.

Mrs. Merkel delivered a speech to the CDU saying Europe must act as a global player in order to be taken seriously in the world.

She said Europe was too weak and slow in many areas and needed more dynamic economies and more innovation.

Wolfram Göll, Desk Editor at the Bayernkurier newspaper, said the section about Europe was only a small part of an hour-long speech.

"But it is very clear that Europe needs a new impulse, a new push forward. The European Union has come to a kind of dead point. The 27 member states have completely different interests. For example the smaller states in eastern Europe are now enjoying their national sovereignty after 40 years under the communist bloc. They want a great common market rather than obligatory common EU policy. In their view they don't wish to replace the USSR with a new eurocrat dictatorship," Mr. Göll told Radio Sputnik. 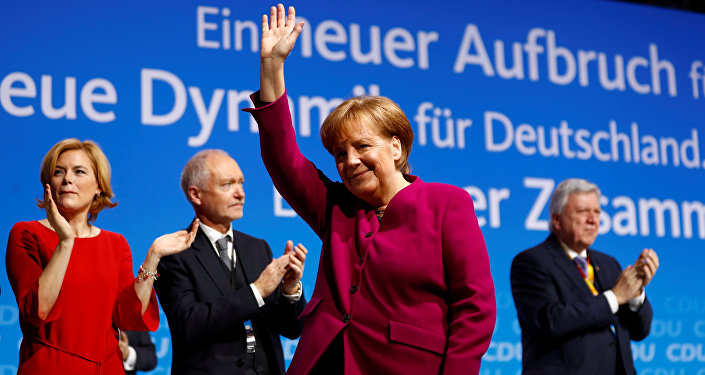 "Chancellor Merkel criticized these smaller EU states but also states like France which are still not ready to take refugees and asylum seekers, as many as Germany. So about 80 percent of all refugees coming to Europe are finding their way to Germany," he told Sputnik.

"The EU moves in different directions. The eurocrats want an ever closer union, a kind of United States of Europe. Eastern Europe is strictly against this project. Great Britain wants to leave the EU completely but still the EU tries to gain new members like Serbia, Montenegro and Macedonia. So this seems contradictory and in fact it is contradictory," Mr. Göll told Sputnik.

Mrs. Merkel spoke about the EU border security agency Frontex should improve the external borders of the Schengen states.

"It would be in the vital interest of NATO if those borders, mainly the southern borders in the Mediterranean Sea, were secured better to reduce illegal immigration. I do not see a contradiction with NATO interests," Mr. Göll told Sputnik.

Mr. Göll said Frontex had about 5,000 officers but it needed twice that number to be able to do a good job. 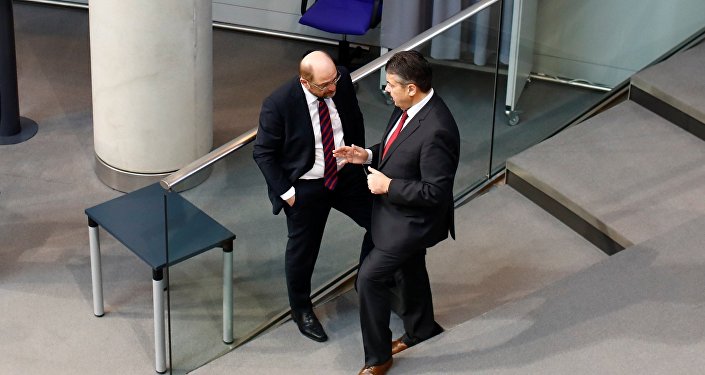 "Theoretically it would be possible for the role of NATO and the US for Europe's security could be downsized but a key condition for this would be that NATO's European partners take their security in their own hands. This means that the European states would have to increase their military expenditure massively," he told Sputnik.

"NATO speaks about two percent of GDP as a goal but looking at Germany, especially parties on the left, especially the Social Democrats and Greens, are not willing to raise military expenditure considerably. Europe will continue to rely on the US security guarantee," Mr. Göll told Sputnik.

"Something like this has never happened since the Second World War. In EU politics Chancellor Merkel and the provisional government cannot take decisions on important questions because they have no majority in the Bundestag. These circumstances are weakening Chancellor Merkel's respect on the international market. This will be her last term as Chancellor and every politician with an expiration date loses their grip on power," Mr. Göll told Sputnik.

The views and opinions expressed by Wolfram Göll are those of the speaker do not necessarily reflect those of Sputnik.

Merkel: Europe Must Act as a Global Player to Be Taken Seriously