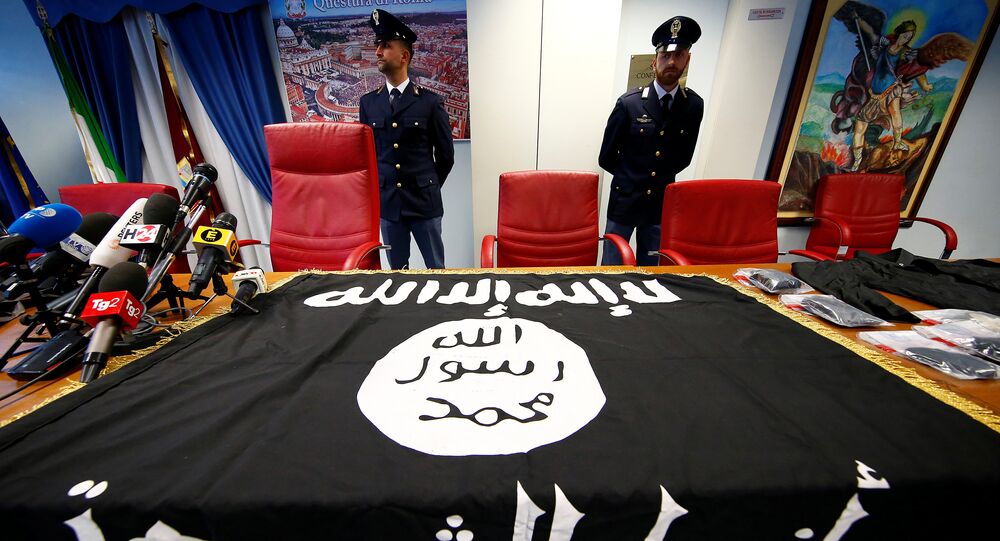 A report by Italy's intelligence agency claims that the risk of terror attacks in the country is 'concrete and present'. The agency also warned of the 'the danger posed by homegrown terrorists, moved by autonomous motivations and inspirations', or piloted by 'terror directors'.

The Italian-Moroccan member of the group responsible for the attack in London on June 2017 and the Italian-Tunisian, who attacked a policeman at Milan's Central Station on May 18, 2017, are named as examples in the report.

Sputnik discussed the threat of terrorism in Italy with Giovanni Giacalone, an expert at the Center for the Study of Terrorism at the Catholic University of Milan.

Giacalone noted that many Italians have become radicalized, even those born and raised in the country.

“Italy is subjected to Daesh propaganda activity; radicalized individuals continue to be present on its territory, including those naturalized in Italy and those born in Italy to migrant families,” he told Sputnik.

“We need to monitor the [terrorist] network, because Daesh is very successful in propaganda. This is not a single organization, but a kind of franchise. Anyone can commit an act of terrorism, and Daesh immediately takes responsibility for it. Therefore, I consider it important to closely monitor Internet propaganda, as well as control places of mass gatherings. This is a big problem which is connected, in particular, with illegal migrants. For a long time it was claimed that jihadists did not sail on inflatable boats, but, in fact, in a huge stream of people anyone can come.”

© AP Photo
Military Response to Daesh Necessary, but Insufficient - Italian FM
The Italian intelligence report warned about the role the so-called 'Italian-speaking Islamonauts' play in web propaganda and Giacalone agreed on the importance of cyber-security.

“IT security is very important, as the Internet is constantly growing. We know perfectly well how easy it is to spread our ideas over the Internet. It is necessary to develop measures to control, prevent and counter this phenomenon. Italy is now successfully working in this direction, but we must not lose our vigilance.”

The other threat facing Italy and the whole of Europe today is the so-called Islamic State supporters returning from Syria to their home countries across Europe.

“Of course, there is also a risk associated with foreign fighters who have returned home to Europe and can plan terrorist attacks. After all, we know that from Syria militants are being sent to other unstable zones and zones of military operations. To be honest, I never believed in the notion that the stronger Daesh is in Syria, the less risk there is for Europe. Daesh always creates a threat of terrorist attacks in European countries,” Mr Giacalone stressed.

He also called on Europe to learn from Russian experience in fighting terrorism.

“We should learn something from Russia, and this concerns not only its fundamental role in defeating Daesh in Syria, but the results it achieved fighting against the Wahhabi militants in the Caucasus over the past 10 years, especially in terms of prevention and resistance,” he concluded.

The views and opinions expressed by Giovanni Giacalone do not necessarily reflect those of Sputnik.