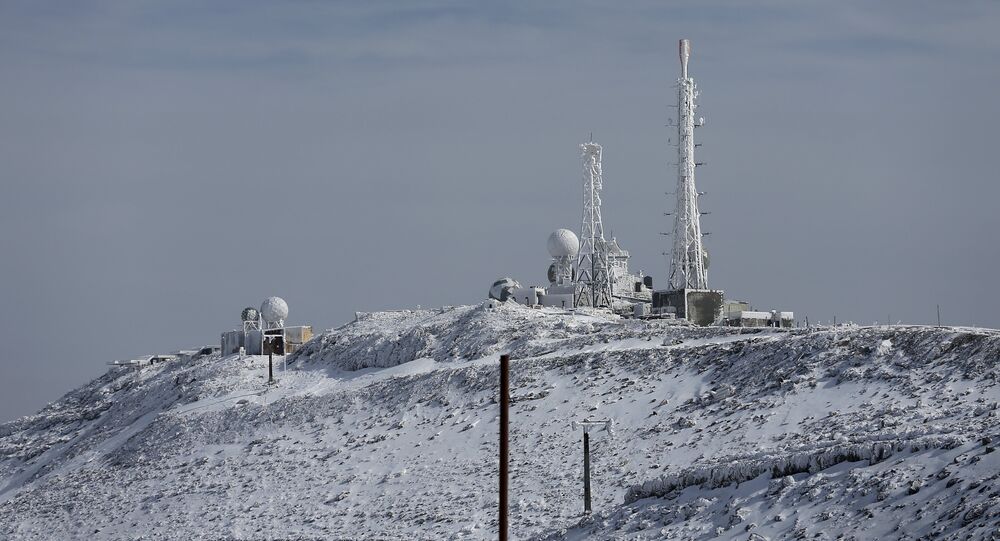 During an American Jewish conference on Wednesday, Israeli PM Netanyahu claimed that Israeli intelligence thwarted an attempt by Daesh terrorists to down an Australian airliner. The Israeli army said one of its intelligence units, named 8200, provided information in 2017 leading to the arrest of two Daesh militants involved in the attempted attack.

Two brothers, Khaled Khayat and Mahmoud Khayat, were arrested in Sydney and charged with plotting to bring down an Etihad Airways passenger jet scheduled to fly to Abu Dhabi from Sydney in mid-July last year.

Sputnik: Could you tell us more about  the Israeli unit that thwarted the attack and saved many lives?

© REUTERS / Sepah News.ir/ Handout
Alleged Iranian Drone Captured By Israel is ‘Copy’ of US’ Sentinel UAV
Ely Karmon: It is the main SIGINT (signal intelligence) Unit in the Israeli Intelligence Corps. It was formed long ago, practically at the beginning of the formation of the Intelligence Corps; it's probably the biggest unit in intelligence and its speciality is SIGINT — they look for information from digital and SIGINT data on our enemies in the region and, if it is necessary, beyond.

Sputnik: How crucial is this unit, the 8200, in Israel's operations abroad? It sounds very important.

Ely Karmon: It's extremely important, because its main role several years ago was, actually, to prevent war, to give alerts in case of war [with] the main armies that surrounded Israel — the Egyptian Army, the Syrian Army, the Jordanian Army, or even the Iraqi or the Libyan Army — so this was the main role and it had to specialize in military intelligence. In the last 15-20 years and perhaps even before, terrorism, especially international terrorism, has become one of the main strategic threats, [so] it had to also follow targets that would, first of all, threaten directly Israel, but in the work they are doing from day to day, if they find information that threatens our allies, then it clearly uses this information to support [Israel-friendly] countries and institutions.

Sputnik: Prime Minister Netanyahu has also said that this is one of the many attacks that Israel has prevented in the past, were the attacks also thwarted by this specialist unit 8200 and if so, how?

© AP Photo / Ariel Schalit
Top Israeli General Warns of 'Increased Chances of War' in Golan Heights
Ely Karmon: From time to time, information on these issues is published, either because there's an interest, like the Prime Minister's interest is to show that Israel is involved in the international community and supports the international community, including far away countries like Australia, and is successful, probably because this information was in no more danger, it was presented or leaked to the media. Several months ago President Trump was accused of leaking to the Russian Minister of Foreign Affairs, Sergei Lavrov, during a meeting, information about a terrorist weapon. It later became known that it was the laptops (laptop bombs) that ISIS had developed to blow up aircraft. Then it became a political affair, because it was considered a breach of the laws of exchange of information, because the Israeli intelligence presented this very secret information to their American counterparts.

Sputnik: This whole incident happened in July of last year, why is Netanyahu speaking about it just now?

Ely Karmon: I think first of all because this information is not endangering the source of this specific thwarted attack;  this is an attempt sometimes to deter the terrorists. Also, the fact that ISIS disappeared from the radar as a big organization staged in Syria and now has small fractions around the world including Afghanistan, Libya, perhaps in the Sinai, so this gives us the idea that we must continue and cover, and discover, and thwart the attacks from all these international terrorist organizations.