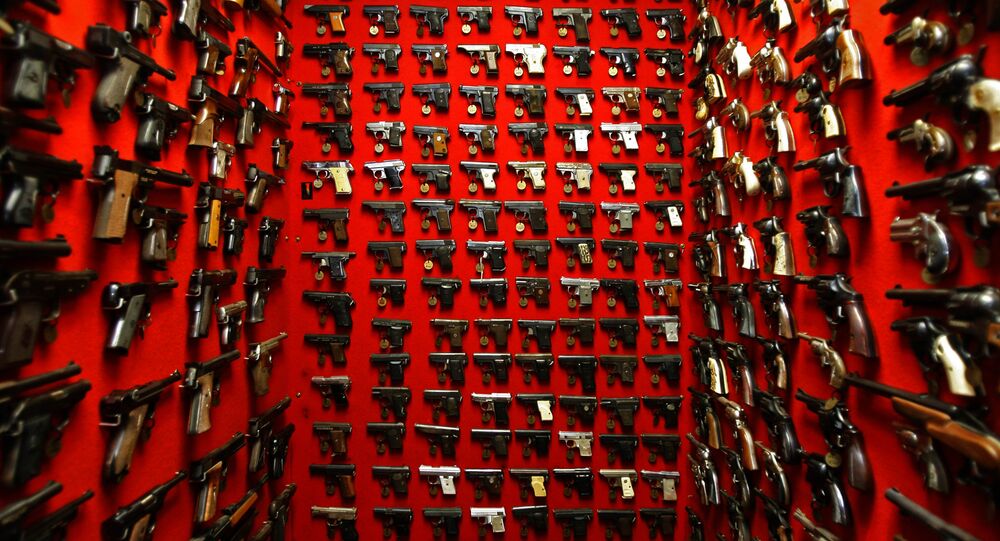 The issue of gun ownership in Britain has been barely discussed for decades, with politicians and the media alike unanimous in their opposition to liberal handgun laws. Advocacy group Firearms UK is determined to change that - their founder Dave Ewing spoke to Sputnik journalist Kit Klarenberg about their efforts.

In the wake of the March 1996 Dunblane Massacre, a mass-shooting at a Scottish primary school in which 16 children and one teacher were murdered, and 15 more seriously injured, handguns were banned in the UK, and serious restrictions placed on ownership of shotguns and rifles, with only the police and military permitted to carry automatic weapons.

Ever since, the issue of gun ownership in Britain has been little debated — politicians have appeared entirely unanimous in their opposition to gun law liberalisation, and seemingly not a single mainstream journalistic voice has argued in favor of relaxed regulations, let alone a return to private handgun ownership. Then-UKIP leader Nigel Farage was widely condemned in 2014 when he made such a call.

Polling on the issue has been scant, although available data suggests UK citizens enthusiastically favor a gun-free — or virtually gun-free — country. For instance, a 2010 YouGov survey found 38 percent wanted greater restrictions, 23 percent thought incumbent restrictions were about right, and 31 percent of respondents were in favor of a complete ban on all gun ownership by civilians. A mere four percent believed restrictions should be relaxed. 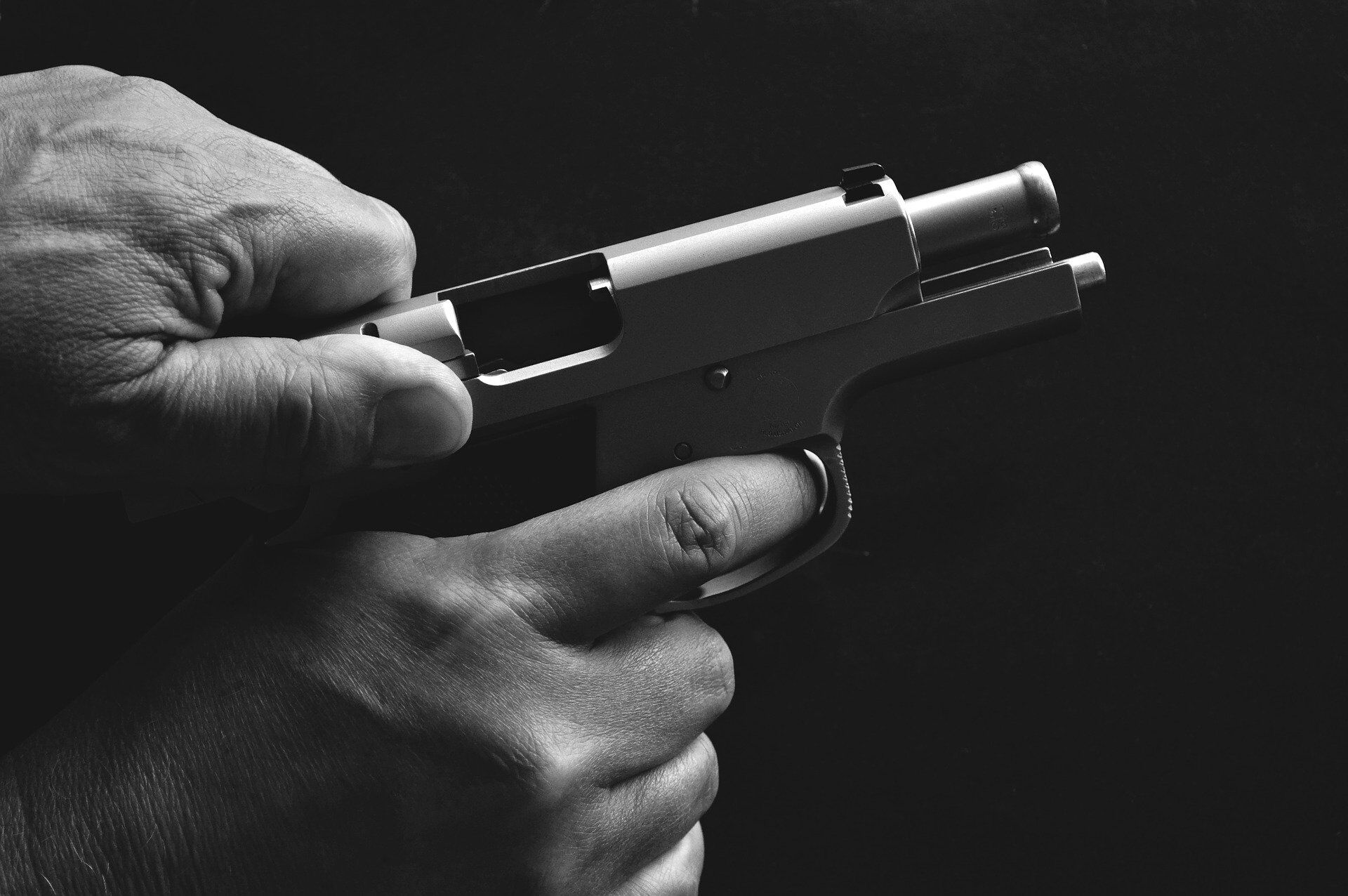 Despite this oppositional culture, official figures indicate around 700,000 Britons own firearms of some variety — and the number of legally-held guns stands at over two million. The country is even home to a National Rifle Association (NRA), although its similarities with the US National Rifle Association end at its name. Far from a well-funded lobbying behemoth, it exists primarily to offer guidance and certification to individuals who use rifles and shotguns for hunting, pest control and clay pigeon shooting.

While all legislative developments on gun ownership since the 1990s have been in the direction of greater restriction, the UK NRA has not publicly opposed them, much less actively lobbied against their implementation.

However, a new group has been established, which avowedly takes a much more robust campaigning approach — Firearms UK is determined to not take ever-escalating restrictions on the right to bear arms in the UK lying down anymore. At a minimum, the organization wants handguns included under the current firearms license certification system, and rules on rifle ownership streamlined.

"We're not gun nuts — we're just concerned members of the UK shooting community, who believe in what we're doing. We want to challenge media misinformation, educate the public and raise awareness of the reality of shooting and firearms ownership, and become active in lobbying politicians to enact rational reforms, promoting laws striking the right balance between public safety and individual freedom. We don't need more restrictions, we're on the wrong path and we've gone too far," Dave Ewing, one of the group's founders, told Sputnik.

Dave's campaign began in earnest in 2012, when he started a petition against airgun licensing in Scotland. While the effort was ultimately unsuccessful — the Scottish government introduced a licensing system in December 2016 — many local shooting associations came together behind it, convincing him and others who supported the endeavor to keep going, and continue encouraging collaborative action on firearm laws.

For Dave, the licensing of airguns is a microcosm of the wider issues with UK gun legislation.

"The vast majority of UK firearms legislation is based on kneejerk reactions, ignorance and fear mongering, not facts. Airgun licensing was an unjustified attack on law abiding people. The Scottish government's own figures showed only 0.039 percent of air rifles were involved in any kind of offence, of which most were minor. The move primarily impacts law-abiding citizens, many of whom were forced to give up the sport due to greater costs and regulations. The move also resulted in greater taxpayer expense, and further pressure on police licensing branches — for virtually no gain," Dave told Sputnik. 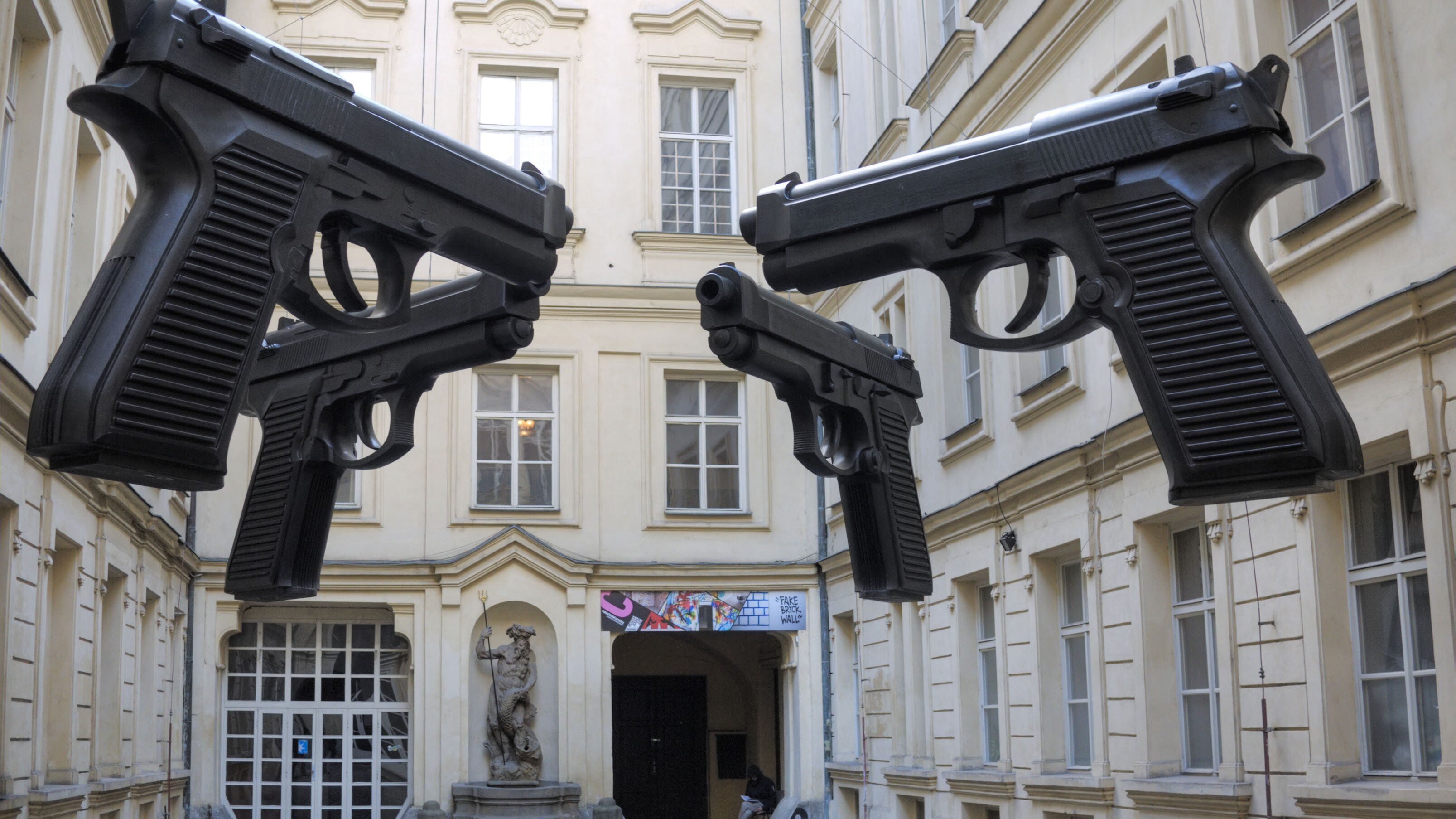 Stimulating a national discussion on gun ownership, and getting the British public thinking about alternatives to the current system, is undoubtedly going to be a difficult endeavor.

After all, critics are likely to point to data they feel indicates current firearms laws are "working" — for instance, the gun homicide rate in England and Wales is extremely low, about one for every million people. By way of comparison, there are around 160 times as many gun-related homicides in the US, despite the country's population being a mere five times larger, roughly.

Nonetheless, Dave recognizes the group's objectives are of the long-term variety, and it'll take years of campaigning before that national discourse is finally conducted, if at all — but he thinks if it does come to pass, it'll be worth the wait, and effort.

"The UK used to have virtually no gun laws and it never caused problems, but I'm not saying we should return to the 1920s, when anyone could walk into a shop and buy a gun no questions asked. Background checks and other safeguards should obviously be in place. But, there are so many different gun control regimes in the world, with both good and bad elements — why can't we pick and choose the best from what's already on offer?" he asks.

Dave points, for example, to the Czech Republic's gun control system. There, guns are available to anyone with a firearms license, which can be obtained in similar fashion to a driving license — passing a gun proficiency exam and medical examination, and having a clean criminal record.

There are around 300,000 gun owners in the country — 2.72 percent of the population — of which 240,000 have a "concealed carry" permit. Despite the comparatively liberal availability of legal firearms, the total number of gun-related homicides in the country isn't far-removed from the UK's.

Further afield, New Zealand is home to perhaps the most liberal firearm legislation in the Pacific region, focused primarily on vetting current and potential owners, rather than registering or banning specific firearms. In total, 230,000 Kiwis — 4.9 percent of the population — own a total of 1.1 million firearms.

There, owning a gun requires a police-approved license. Applicants are vetted to ensure they can securely store firearms, are obliged to attend a safety program administered by the national Mountain Safety Council, and pass a written safety test.

Police will also interview applicants and two character witnesses, to determine whether they're "fit and proper" to own a gun. A criminal record or associations, or history of domestic violence, almost always mean an application will be declined.

Despite this, between 2007 — 2014 the average number of gun-related homicides in New Zealand every year was a paltry eight, despite the country's population rising, and the number of guns in circulation — and shooters — increasing year-on-year.

"Media and politicians always miss the point — laws on handguns don't deter violent criminals, they only apply to peaceable citizens. In the UK, in rural areas with high levels of legal gun ownership, there's less violent crime, while inner-cities with virtually no legal gun ownership have high levels of violent and gun-related crime. That's not to say firearms are a deterrent, but the legality of guns does not correlate with gun crime in any way. We should be focusing on people operating outside the law, not the law-abiding," Dave told Sputnik. 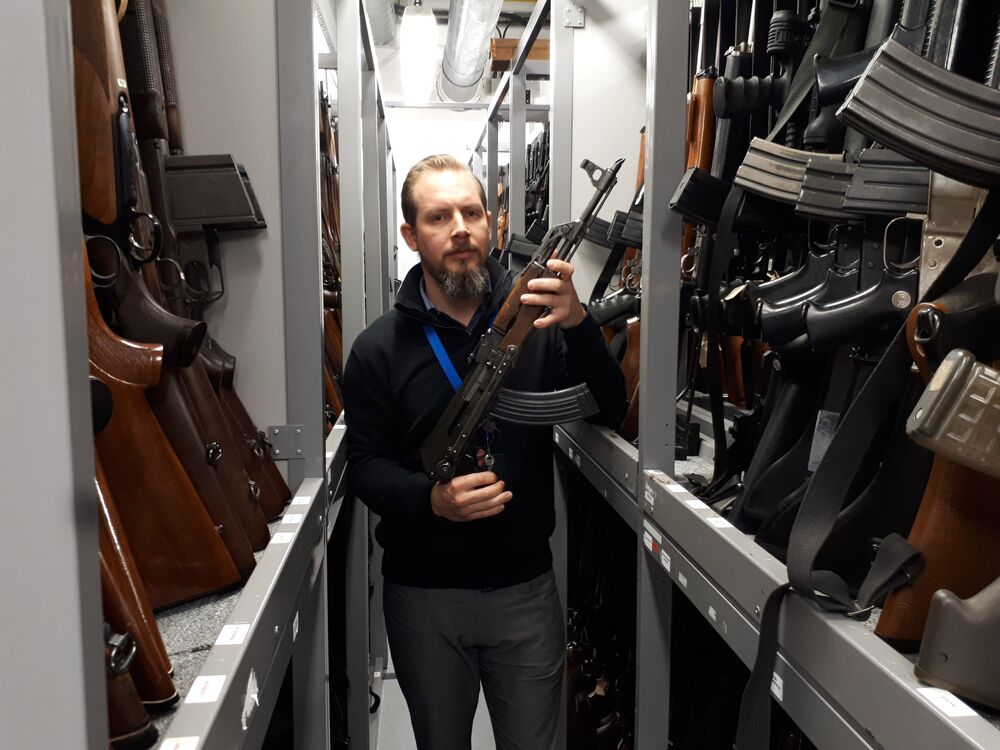 © Sputnik / Chris Summers
A member of the forensic firearms unit shows off one of the 7,500 guns they have stored

The effective criminalization of upstanding citizens by restrictive gun laws is Firearms UK's primary bugbear. Handguns, Dave says, serve all sorts of non-lethal, non-criminal purposes — such as humane dispatch and target shooting. Moreover, although he acknowledges it's controversial, evidence even suggests handguns can offer a deterrent to violent crime if allowed for home defense and/or personal protection.

"Such guns have, to our knowledge, never been used in any crimes. The government is apparently concerned terrorists might steal them though — it's a proposal based purely on an apocalyptic 'what if' scenario. The same logic could be applied to anything, from golf clubs to cars. This legislation is a PR exercise, designed to fool the public into thinking they're are being made safer, but it only restricts people who are no threat to public safety anyway and have gone through the checks to prove it," Dave told Sputnik.

However, hampering their campaigning efforts is the reticence of certain members of the country's shooting community to "put their heads above the parapet," Dave says. While the organization would like shooters to be more proactive, Dave feels some are reticent to do so, through fear of associations with the intense lobbying efforts of the US NRA, or indeed anxiety about legal reprisal. To his mind, gun owners being scared to speak their minds is a further indication of the criminalization of law-abiding citizens, and a palpable demonstration of how gun owners can be penalized via extra-legal means.

In essence, some shooters believe if they talk out of turn, police forces won't renew their firearms licenses, marking them down as a potential hazard for being politically incorrect. Conversely, other shooters may adopt an attitude of "I've got my gun, sod everyone else," he suggests. Still, he's heartened by the support the group has received from shooters, and ordinary members of the public alike.

"Visitors to our site seem pretty supportive. One or two people have been abusive, but most engage in constructive discussion. We're going to keep doing this, because in 30 years from now, I won't be able to be a shooter if laws keep getting tougher. We've nothing to lose — if we win we win, if we lose we're going to lose anyway, so why not try? If we can get people to research things for themselves, study the available evidence and not automatically believe what politicians and the media — who have agendas — tell them, we'll have succeeded," Dave concluded.