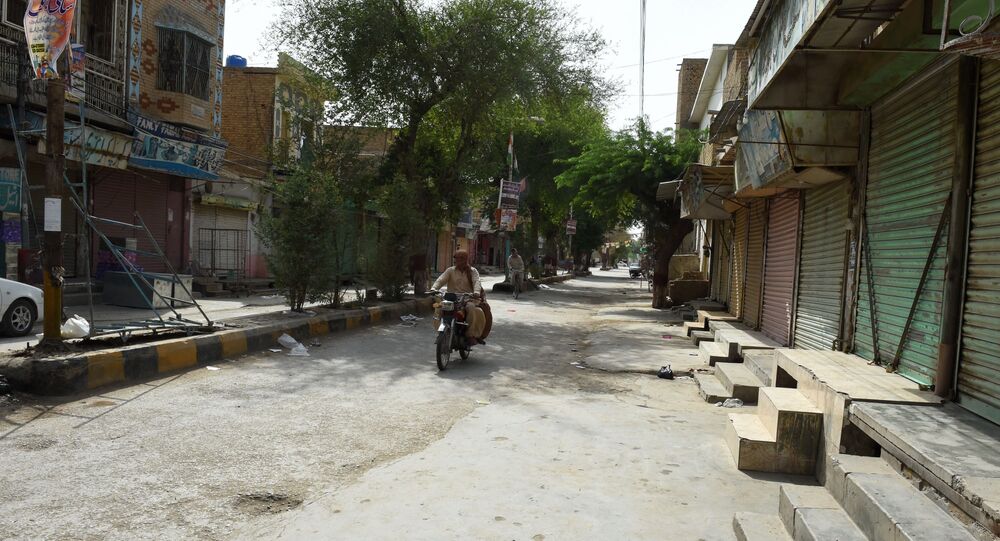 The China-Pakistan Economic Corridor (CPEC) links China’s Xinjiang province with Pakistan’s Gwadar port in Balochistan. Shabir Chaudhary, Chairman of the South Asia Watch told Sputnik that the Chinese administration has been in touch with some of the Baloch leaders and is trying to convince them to support the project.

New Delhi (Sputnik): China has a put in a lot of effort in its ambitious China-Pakistan Economic Corridor, but security has been their core concern due to the increasing protests in the restive province of Balochistan and Kashmir. CPEC is a network of infrastructure projects currently under construction throughout Pakistan with Chinese investments.  The people of Balochistan fear that the massive inflow of migrants from different provinces of Pakistan will reduce the status of the native inhabitants to that of a minority.

People closely following the developments confirm Chinese efforts to build a consensus for the smooth sailing of their multi-billion project in the disturbed region.

"I came to know that Pakistani officials and some Chinese officials are trying their best to fizzle out the movement against the China-Pakistan Economic Corridor. Therefore they are trying to get in touch with the leaders of the movement and woo them. But they will not be successful in their designs," Shabir Chaudhary, who originally hails from Kashmir but now lives in London, told Sputnik.

© Sputnik / Alexei Nikolskyi
India’s Rejection of 'One Belt One Road' Was Premature, Claim Pundits
A source close to Baloch leaders told Sputnik that Pakistani authorities have been trying hard to create a wedge between the Baloch leaders so as to weaken the movement against the CPEC.

"The government (Pakistan) has been trying hard to weaken the movement in Balochistan against their oppressive rule and also against the China Pakistan Economic Corridor for long. In fact, they extensively use social media platforms to demean our leadership. And now, at the behest of Pakistani authorities, it could be possible that China may be trying to woo some of the leaders. Since Pakistani oppression has failed to weaken our movement," a senior Baloch leader told Sputnik on condition of anonymity.

The CPEC links China's Kashgar in Xinjiang province with Pakistan's Gwadar port in Balochistan. Neighboring India, too, has voiced strong objections against the CPEC on several occasions, as the corridor passes through the disputed territory of Kashmir, which India claims as its own.

The views and opinions expressed by Shabir Chaudhary do not necessarily reflect those of Sputnik.